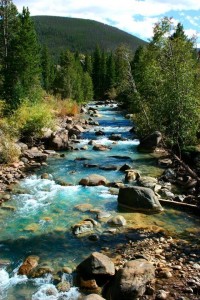 The Essential Five Second Statement of Why You Can Choose to Be Free Right NOW:

It is a matter of everyone grasping the FACT that we Americans are either living in our native country or assuming a “residence” in another, and that according to where we “live” or “reside” we are subject to different laws—either organic or statutory.

They have prosecuted you under foreign jurisdiction and in foreign venues of the “law” without your knowledge or consent.

You are owed the “Law of the Land” — which includes your actual Constitution which is NOT the Constitution of the United States of America which is merely a corporate charter issued under a deceptively similar name.

Please note that you live in states—organic states— oregon state, new york state, florida state— on the land, and that the Joint Stock Companies (not corporations) that you are heir to are the “States of America” called “Oregon State” and “New York State” and “Florida State” since the 1870’s.

You are yourselves all “organic states of the Union”— replete with your own tripart government: conscience, logic, and freewill. That is why in international law, thanks to our Forefathers, you must be considered a “sovereign without subjects”.

Are you all beginning to catch on to the name games and legal deceits that have been used to entrap and deceive you and your parents and grandparents?

Your servants, the British-backed Federal “inhabitants”, have committed commercial fraud against you on a vast scale, but that is all it is, and all it has ever been—-a crime against innocent people which is now finally beginning to be addressed.

Lift up your heads, Americans!

John Trowbridge won his case. You can win yours.

The end of this travesty is in view.