The Jesuits: The Black Pope: The Pope 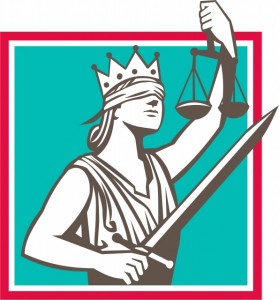 And the bloodline families that rule from the Octogon in Switzerland, are in control of the Jesuits and the Vatican.  full script s3.amazonaws.com/khudes/dctvteleprompt12.13.16.3.pdf

The most sinister evil

I am not talking about the Catholic faith, or parish priests that know nothing about the Jesuits. and it should be noted many Catholic people are working with us to root out the evil which we are exposing today.

“The sad facts of the matter are that the Vatican has been THE major player in the geopolitical arena for many centuries. And, for the past four centuries, the Jesuit Order (operating from within the Vatican) has been THE major player in both the geopolitical arena and the theological arena – and a very big player (through its Knights of Malta) in the financial arena and in the international intelligence community! The more I study history and the more ‘I turn over stones’, the more I find the ‘footsteps and fingerprints’ of the Vatican – and, again, more specifically, its Jesuit Order – involved in the most sinister and evil activities!

Indeed, the Jesuit Order (i.e., The Society of Jesus, ‘The Company’), headed by the Jesuit Superior General (i.e., the ‘Black Pope’), is the most formidable enemy to religious and civil liberty that the world has probably ever seen. The Jesuits became so infamous in Europe for fomenting wars and revolutions, and for assassinating heads of State, that they were expelled from 83 countries, city-states, and cities by 1931 – quite often by Roman Catholic monarchs!

Additionally, because of his control of the Vatican hierarchy (through his Jesuit Order and P-2 Masonry), the Jesuit Superior General also has control and use of the ‘Congregation for the Doctrine of the Faith’ (i.e., the Office of Inquisition), the Roman Curia, and Vatican finances (which are substantial)! If all this does not make the ‘Black Pope’ the most powerful man on the face of the earth, I do not know what would. 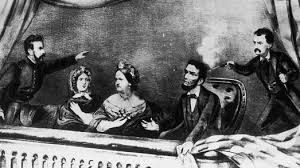 The United States maintained consular relations with the Papal States from 1797 under President George Washington and Pope Pius VI to 1867 and President Ulysses Grant and Pope Pius IX. Diplomatic relations existed with the Pope, in his capacity as head of state of the Papal States, from 1848 under President James K. Polk to 1867 under President Andrew Johnson, though not at the ambassadorial level. These relations lapsed when on February 28, 1867 Congress passed legislation that prohibited any future funding to United States diplomatic missions to the Holy See. This decision was based on mounting anti-Catholic sentiment in the United States, fueled by the conviction and hanging of Mary Surratt, a Catholic, for taking part in the conspiracy to assassinate President Abraham Lincoln. Her son, John Surratt, also Catholic, was accused of plotting with John Wilkes Booth in the assassination. He was given sanctuary by the Roman Catholic Church and fled to Italy where he served as a Papal Zouave. There was also an allegation that the Pope had forbidden the celebration of Protestant religious services, previously held weekly in the home of the American Minister in Rome, within the walls of the city.

From 1867 to 1984, the United States did not have diplomatic relations with the Holy See. Several presidents designated personal envoys to visit the Holy See periodically for discussions of international humanitarian and political issues. Postmaster General James Farley was the first of these representatives. Farley was the first high ranking government official to normalize relations with the Holy See in 1933 when the Postmaster General set sail for Europe, along with Soviet Commissar of Foreign Affairs Maxim Litvinov on the Italian Liner SS Conte Di Savoia “Count of Savoy.” In Italy, Farley had an audience with Pope Pius XI, and dinner with Cardinal Pacelli, who was to succeed to the papacy in 1939.[3] Myron Charles Taylor served Presidents Franklin D. Roosevelt and Harry S. Truman from 1939 to 1950. Presidents Nixon, Ford, Carter, and Reagan also appointed personal envoys to the Pope.

On October 20, 1951, President Truman nominated former General Mark W. Clark to be the United States emissary to the Holy See. Clark later withdrew his nomination on January 13, 1952, following protests from Senator Tom Connally (D-TX) and Protestant groups. The official prohibition lasted until September 22, 1983, when it was repealed by the “Lugar Act”

The Vatican has historically been accused of being un-American, at least until the presidency of John F. Kennedy (see Americanism (heresy), nativism and anti-Catholicism in the United States). The bulk of the accusation is found in Paul Blanshard‘s book American Freedom and Catholic Power, which attacked the Holy See on grounds that it was a dangerous, powerful, foreign and undemocratic institution.

The United States and the Holy See announced the establishment of diplomatic relations on January 10, 1984.  (when John Hinckley shot Reagan, Reagan reestablished diplomatic relations with the Vatican)  On March 7, 1984, the Senate confirmed William A. Wilson as the first U.S. ambassador to the Holy See. Ambassador Wilson had been President Reagan’s personal envoy to the Pope since 1981. The Holy See named Archbishop Pio Laghi as the first Apostolic Nuncio (equivalent to ambassador) of the Holy See to the U.S. Archbishop Laghi had been Pope John Paul II‘s apostolic delegate to the Catholic Church in the United States since 1980. On July 10, 2009, President Barack Obama and Pope Benedict XVI met in Rome. A planned relocation of the U.S. embassy to the Holy See to the same location as the U.S. embassy to Italy drew criticism from several former U.S. ambassadors. On March 27, 2014, Obama and Pope Francis met in Rome; this was followed by Pope Francis’ 2015 visit to North America in September 2015, where, after visiting Cuba, he came to the U.S., and participated in the World Meeting of Families in Philadelphia, and also visited Washington, D.C., and New York City.

In June 2015, the United States and the Holy See concluded their first inter-governmental agreement which aims at curtailing offshore tax evasion through automatic exchange of tax information.

“This [American Civil] war [of 1861-1865] would never have been possible without the sinister influence of the Jesuits. We owe it to popery that we now see our land reddened with the blood of her noblest sons. Though there were great differences of opinion between the South and the North on the question of slavery, neither Jeff Davis [President of the Confederacy] nor anyone of the leading men of the Confederacy would have dared to attack the North, had they not relied on the promises of the Jesuits, that under the mask of Democracy, the money and arms of the Roman Catholic, even the arms of France, were at their disposal if they would attack us. I pity the priests, the bishops and monks of Rome in the United States, when the people realize that they are, in great part, responsible for the tears and the blood shed in this war. I conceal what I know on that subject from the knowledge of the nation, for if the people knew the whole truth, this war would turn into a religious war, and it would at once take a tenfold more savage and bloody character. It would become merciless as all religious wars are. It would become a war of extermination on both sides.

The Protestants of both the North and the South would surely unite to exterminate the priests and the Jesuits, if they could hear what Professor [Samuel B.] Morse [Ed. Note: U.S. inventor of the telegraph] has said to me of the plots made in the very city of Rome [i.e., at the Vatican] to destroy this Republic, and if they could learn how the [Roman Catholic] priests, the nuns, and the monks, which daily land on our shores, under the pretext of preaching their religion, instructing the people in their schools, taking care of the sick in the hospitals, are nothing else but the emissaries of the Pope, of Napoleon, and the other despots of Europe, to undermine our institutions, alienate the hearts of our people from our Constitution, and our laws, destroy our schools, and prepare a reign of anarchy here as they have done in Ireland, in Mexico, in Spain, and wherever there are any people who want to be free.” – Lincoln

And do Americans need to be told what Jesuits are? If any are ignorant, let them inform themselves of their history without delay; no time is to be lost; their workings are before you in every day’s events; they are a secret society, a sort of Masonic order with super added features of revolting odiousness, and a thousand times more dangerous. They are not merely priests, or priests of one religious creed; they are merchants, and lawyers, and editors, and men of any profession, having no outward badge (in this country [i.e., the USA]) by which to be recognized; they are about in all your society. They can assume any character, that of angels of light, or ministers of darkness, to accomplish their one great end, the service upon which they are sent,

In this segment we have exposed the Jesuit. There is no place left for them. Until next week, I am your host, Karen Hudes.