The Cheapest, Most Efficient Prison of all- Your Own Mind 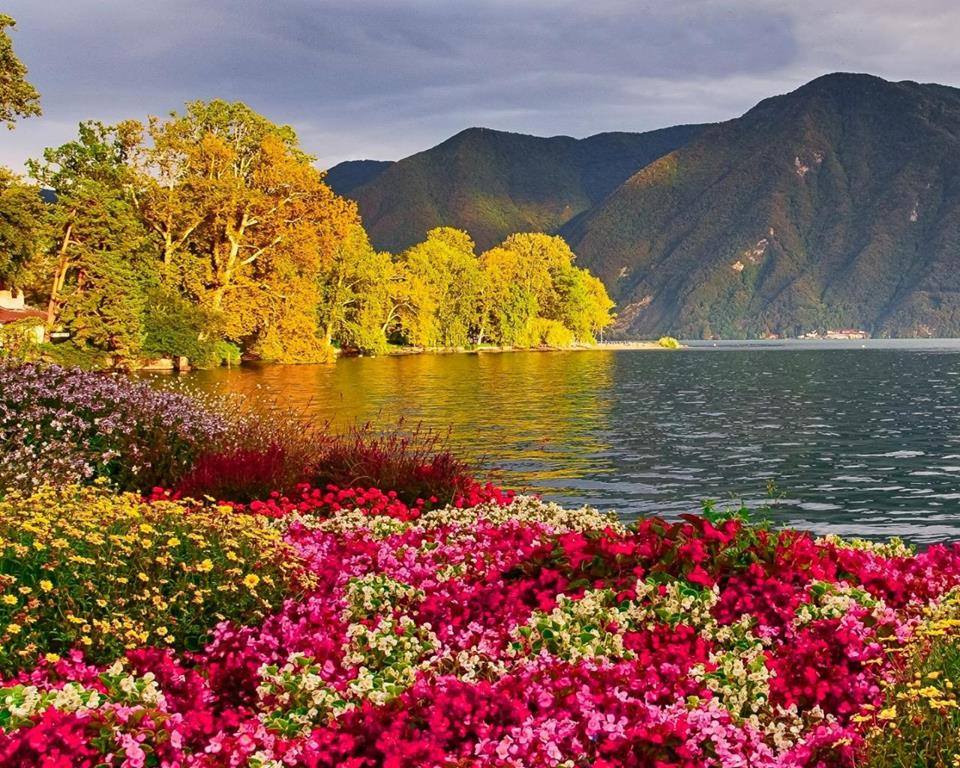 The Cheapest, Most Efficient Prison of All – Your Own Mind

From the cradle onward we are deliberately taught to think in ways that profit our predators. This is done by those who stand to profit from these purposefully engendered failures of logic. For example—remember yourself as a child playing with a set of colored blocks, marbles, or similar objects. What were you taught to focus on?

You were taught to focus on and identify differences—- difference of color, size, shape, texture, material, transparency—any kind of difference at all was important and emphasized and you were required to recognize and note it.   The sameness or similarity of things was used merely as a means to identify differences. Why?

Without recognizing similarities first, we wouldn’t be able to discern differences, but similarities are downplayed because similarities provide the basis for unity and peace and compassion.

Those who profit from keeping us divided and endlessly at war don’t want us to think in terms of similarities. If we did, we would see the way this learned emphasis on differences allows us to be manipulated and misled, how it teaches us to fear, how it nurtures prejudice of all kinds, and how it makes us susceptible pawns for war-mongers and demagogues.

This early emphasis on perceiving differences also leads us to think in terms of parts instead of wholes, and in terms of “us” versus “them”.

We are taught to think in terms of endless duality: good versus bad, rich versus poor, right versus wrong, black versus white, Democrat versus Republican, Baptist versus Catholic—-all because it is easier to limit and control and manipulate us when we think this way. The slave masters set up the two goads and drive us endlessly between them, and our patterned way of thinking prevents us from breaking free. We become like “dumb, driven cattle” caught between the carrot and the stick, never questioning who is manipulating us or for what reasons.

In the same way we are taught to think in terms of groups, not individuals. The value of “teamwork” and “command structure” is drummed into us until we feel useless and paralyzed as individuals. We innocently accept such concepts as “collective guilt” or “shared pain” or “group action”—–none of which really exists.

The individual is the unit of human experience—and is also the limit and expression of all human experience.   All the pain that can ever be felt is felt only by individuals –one by one– and it is the same with guilt, happiness, or any other emotion. All actions are taken by individuals—one by one. If you stop and think beyond the outright false or half-truth assumptions you’ve been taught—- “we” are only sums of “I’s”.

The purposefully induced habit of thinking in terms of groups instead of individuals makes us susceptible to harmful, self-defeating assumptions of all kinds. This is why I meet patriots who feel paralyzed like deer in the headlights: oh, my, I don’t have a group! So what do these well-intentioned people do? They set out to create a group or to find a group—not realizing that they already belong to a magnificent and powerful group known as “State Citizens”.

What they really accomplish by this “group forming” is splintering off into thousands of worthy little specialized closet groups concerned about this or that small aspect of the whole problem, all claiming turf and fighting with and discrediting other such groups, everyone competing for donation money, and nobody getting any closer to seeing –much less addressing– the very real problems that are bearing down on us.

Hand in hand with the rest of the Group Think Tradition, we have been taught that our country is a democracy. It’s not. It’s a Republic. Democracy embraces mob rule, which means rule of the individual by the group. If the group wants your house, they can take it. If the group wants to tax you to pay their bills, they can. That is democracy.

Our American form of government is not based on groups of any kind. It is based on Individualism. It says very forthrightly that the individual is owed supremacy over the group when it comes to matters of free will, conscience, religion, and property rights. In a Republic, the mob can’t tax you to pay for their bills. They can’t take away your house or your land to serve themselves just because 51 out of a 100 group members say so.

Thinking in terms of groups instead of individuals has been taught to you on purpose and with malice-aforethought by the self-interested governmental services corporations. These government entities want you to subject yourself to the whims of the crowd, to derive your own identity from your group, to conform in every respect to the herd mentality—-because, again, this makes it easier to defraud you and control you, easier to train you as a soldier, and easier to milk you dry as a taxpayer.

Hand in hand with “Group Think” comes the learned behavior of looking for authority outside yourself –which leads us to misunderstand the nature and source of authority. All authority, like all experience, depends entirely on individuals, not groups, not hierarchies. All groups and hierarchies always derive any authority they possess secondhand, by delegation.

Authority simply does not exist apart from the authority of individual people who may retain their own rulership or give it away as a proxy, recall it at will, or ignorantly deny that they have authority.

How many modern Americans stand around whining about this or that, without it ever entering their heads that they have the authority to choose otherwise? That they are in fact responsible for making other choices if they want things to change?   That they can withdraw their granted authority at will? And that they are responsible for doing so, when the “government” defaults on its contracts?

How many Americans have meekly assumed that a foreign governmental services corporation headquartered in Washington, DC, has the authority to order them to buy health insurance from the company store?

We are also falsely taught to respect authority figures whether they earn that respect or not. For example, we are taught to respect Congressmen simply because of their office, no matter how criminal, stupid, immoral, uncaring, greedy, selfish, arrogant or irresponsible they are as individuals.

We are taught to turn off our common sense when dealing with government officials of any kind, from abusive traffic cops to corrupt judges. We are taught that the normal rules of a decent society do not apply to them and that furthermore, we are not capable of applying such rules to them.

We are taught to trust these so-called “officials” with our lives and our land and our pocketbooks without question, when sound reasoning and past history should prove beyond any doubt that they deserve to come under the severest kind of discipline and scrutiny.

So who or what is teaching us to think in these irrational, destructive, self-defeating ways? The public school system and the government-owned media cartels feed us lies and fear-mongering and twisted logic on purpose. It’s called propaganda and we are immersed in it. For a period of time between 1987 and 1989 a group of us kept a nightly tally of news stories being presented on the three major evening news programs: CBS, NBC, and ABC.   What we found should shock any thinking person.

More than ninety out of a hundred stories on all three networks concerned either death or sex as the main subject, out of those over 60 percent contained elements of both sex and death.

The Spinmeisters are tweaking our thought patterns and training us to think that (1) sex and death are so very, very important, and (2) that there is a grim and terrifying world we need all sorts of protection from. The overall affect is to generate sales of consumer goods because you are going to die and you might as well get some, and secondly, to generate fear and distrust and a sense of foreboding conducive to keeping people in line and isolated and convincing them that they need more and more and more governmental services.   More surveillance.   More regulation.   More police.  The evening news is just another sales pitch for Uncle Sam.

The trusting pre-conditioned public never stops to wonder about this thoroughly predictable slant of the “news” programming.

We are not served by a media system that specializes in such “news” —we are served up.

Think about what you are thinking and feeling about yourself, about your world, and about other people around you.  Step back. Look at it as a Third Party. Ask—who or what benefits from this? Why do I feel anxious and isolated every time I watch the evening news? Why am I looking at all the differences in the world, instead of all the similarities? Why am I kept in a constant state of fear? Why should I put up with being bullied and taxed into oblivion by my own employees? Whose authority is being delegated —and abused—-to run this cesspool?

You are the one who granted all that authority in the first place. You are paying Mr. Obama and funding his mercenary armies, poised to come roust you out of your homes. You are standing there sending petitions to deaf ears in Washington. But most of all, you are imprisoned by your own mind, by your own indoctrination, to think that you are helpless, that you don’t have a voice, that your individual choices and actions don’t matter.

Most of us will pull all our money out of the banks. Most of us will give notice to that THING in Washington, DC, that we are not “US citizens” of any stripe. Some will start demanding the release of plentiful quantities of United States Currency Notes for our own trade purposes.

Others will plant their own Victory Gardens. Still more will expose the corruption of the courts. More will start newspaper and production companies to share the real news. All of us, one by one, will move forward by the individual lights we see and before you know it, those 515 people in Washington, DC who are responsible for this mess are going to get the Sleeping Giant’s message without the benefit of loudspeakers or public programming.

Stop worrying. Stop spinning your wheels. Stop trying to get elected. Stop trying to elect anyone else. There are no legitimate American public offices left to fill at this time, except County Sheriffs, Notaries, Grand Juries, County Judges, and County Coroners. Forget about political parties. Those are just the goads, positive and negative, there to fool you and deplete your time, money, and energy. Don’t sign petitions addressed to your runaway servants. Don’t vote in their private elections.

Just vacate your prison like they vacated their public offices. Tell the Secretary of the Treasury that you were defrauded and your ESTATE was included in the bankruptcy proceedings of the United States of America, Inc. by mistake and you don’t intend that it is going to be rolled over as surety for the bankruptcy of Puerto Rico. Tell him to fork over access to your individual trust account and to re-educate the Internal Revenue Service as to its actual purpose.

One by one and letter by letter, notice by notice, point by point and day by day—keep calm and get even.