Severe Health Risks of 5G Have Been Covered up 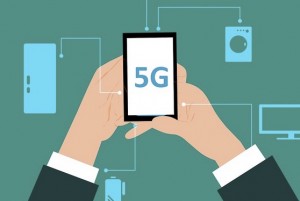 In recent months there’s been a lot of talk about 5G – the next generation of wireless technology. 5G is being touted as a necessary step to the ‘internet of things’ – a world in which our refrigerators alert us when we’re low on milk, our baby’s diapers tell us when they need to be changed, and Netflix is available everywhere, all the time. But what we’re not hearing is that evidence-based studies worldwide have clearly established the harmful effects of human exposure to pulsed radiofrequency radiation from cell towers, cell phones and other devices – and that 5G will make the problem exponentially worse.

Most people believe that the Federal Communications Commission (FCC) carefully assesses the health risks of these technologies before approving them. But in testimony taken by Senator Blumenthal of Connecticut, the FCC admitted it has not conducted any safety studies on 5G.

Telecom lobbyists assure us that guidelines already in place are adequate to protect the public. Those safety guidelines, however, are based on a 1996 study of how much a cell phone heated the head of an adult-sized plastic mannequin. This is problematic, for at least three reasons:

+ living organisms consist of highly complex and interdependent cells and tissue, not plastic.

+ those being exposed to radiofrequency radiation include fetuses, children, plants, and wildlife – not just adult male humans.

+ the frequencies used in the mannequin study were far lower than the exposures associated with 5G.

5G radiofrequency (RF) radiation uses a ‘cocktail’ of three types of radiation, ranging from relatively low-energy radio waves, microwave radiation with far more energy, and millimeter waves with vastly more energy (see below). The extremely high frequencies in 5G are where the biggest danger lies. While 4G frequencies go as high as 6 GHz, 5G exposes biological life to pulsed signals in the 30 GHz to 100 GHz range. The general public has never before been exposed to such high frequencies for long periods of time.

This is a big deal. It turns out that our eyes and our sweat ducts act as antennas for absorption of the higher-frequency 5G waves.[1] And because the distances these high-energy waves can travel is relatively short, transmitters will be required closer to homes and schools than earlier wireless technologies: the build-out will add the equivalent of a cell tower every 2-10 houses.

But former FCC Chairman Tom Wheeler has made it clear the Telecom-dominated FCC does not put health first: “Stay out of the way of technological development,” he said. “Unlike some countries, we do not believe we should spend the next couple of years studying… Turning innovators loose is far preferable to letting committees and regulators define the future. We won’t wait for the standards.” In response to questions about health concerns, Mr. Wheeler said: “Talk to the medical people”.[2]

The “medical people” have conducted over 2,000 international evidence-based studies that link health impacts with pulsed radiowave radiation from cell towers, routers, cell phones, tablets, and other wireless devices. These studies tell us that RF radiation is harmful at even low and short exposures, and that it impacts children and fetuses more rapidly than adults. Among the findings are that RF radiation is carcinogenic, causes DNA damage, affects fertility and the endocrine system, and has neurological impacts. Pulsed electromagnetic frequencies have also been shown to cause neurological symptoms: depression, anxiety, headaches, muscle pain, attention deficits, insomnia, dizziness, tinnitus, skin tingling, loss of appetite, and nausea.[3]

The U.S. Government has known of these risks since at least 1971, when the Naval Medical Research and Development Command published a bibliography containing 3,700 references reporting 100 biological and clinical effects attributed to microwave and radio-frequency radiation.

Recent findings, such as the $30 million 2018 U.S. National Toxicology Program (NTP) Study, have corroborated the findings of all well-designed heart and brain cancer studies of people with 10 or more years’ exposure to cellular radiation from cell towers and cell phones. They all agree: RF radiation causes cancer.[4]

What has been the response to these findings?

Scientists are urging the World Health Organization (WHO) to update its classification of RF from a Group 2B Carcinogen to a Class 1 carcinogen – making RF and 5G comparable to arsenic and asbestos. Annie Sasco, former Chief of WHO’s Research Unit of Epidemiology for Cancer Prevention, says, “Enough is enough, how many more deaths would be needed before serious action is taken? Evidence just continues to accumulate.”

Ronald Melnick, the designer of the NTP study, says that the study “shows clear evidence of a causal link between cancer and exposure to wireless cell phone signals.” He adds that “An important lesson that should be learned from the NTP studies is that we can no longer assume that any current or future wireless technology, including 5G, is safe without adequate testing.”[5] Meanwhile, 231 scientists from 42 nations have signed the 5G Appeal, which urgently calls for a moratorium on the technology. Steps are being taken to slow the deployment of 5G in Italy, Belgium, Israel, Switzerland, and The Netherlands, and in the states of California, New Hampshire, Massachusetts, and Oregon.

But so far, not enough political leaders have been willing to heed the warnings. Or perhaps they are deferring to President Trump, who said that 5G antennas “must cover every community and they must be deployed as soon as possible…. No matter where you are you will have 5G and it is going to be a different life. I don’t know that it will be better… but I can say that technologically it won’t even be close.”[6]

Wireless technology has become so ubiquitous that most of us have been lulled into believing it is safe. Now, the hazards are about to be ratcheted up dramatically. More citizens and legislators need to join those who are actively resisting the reckless push for 5G.

[1] “The Human Skin as a Sub-THz Receiver – Does 5G Pose a Danger to It or Not?”, and “The Modeling of the Absorbance of Sub-THz Radiation by Human Skin” (Betzalel 2017, Betzalel 2018) https://principia-scientific.org/study-human-sweat-ducts-act-as-antennas-for-5g-radiation/

[2] “5G network being pushed on the public with zero concern for safety”, Nexus Newsfeed.com

[4] These peer-reviewed published papers are compiled in the BioInitiative Report, which you can view at BioInitiative.org.