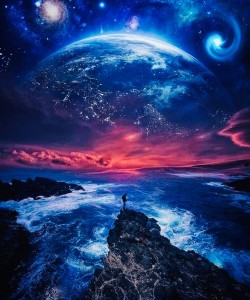 According the times that we are navigating through, many are the things and or facts that were hidden from us the average people, that are now being exposed for what they are. We suspect that some of our people might think that we are indeed insane.

By now we all should know what a nakshatra is, right? This star is in the Nakshatra Magha or MAGA. Many of us are very familiar with this word since 2013. They told us that MAGA stands for Make America Great Again. Well, there it is a connection to this, we are most certain. However, the people behind this word knew very well what it stands for, long before we could figure it out.

The word Maga in Sanskrit means huge or grand. Translation: Benevolent, bountiful, magnificent. The Symbol for this nakshatra is a Royal Throne or Palanquin. The ruling Lord for this nakshatra is Ketu. Ketu is an invisible planet that is= to the South Node in between the Moon and the Sun. And although Ketu is the Lord for this nakshatra, Ketu is govern by a very respectable deity by the name Ganesha. Ganisha virtues are those of granting highest respect for others, and loyalty; granting prosperity, granting wisdom, courage, removing fears, and removing obstacles. Many people across the world that have faith in Ganisha, call upon him when starting a new task as a new business, getting married, and or traveling so he can bring them success. “And I know of some people that worship Ganisha, and I have seeing with my own eyes how prosperous these people are. They flow as if nothing gets on their way, and I do not know if love them or hate them. Just saying.”

Ganisha do have the head of an elephant that imparts him knowledge and intelligence. And so you know, Ganisha was not born with the head of an elephant. He was a human. However, the story goes that an evil one cut his head off, and then someone desperate to save the benevolent God, took and kill a young elephant that was around when the incident happened, and then taking the head of the elephant and attached it to the body of Ganisha and thus he survived! “The magic of the gods are incomprehensible for the human mind. In truth, heavenly magic does exists.”

And further, history tell us as well, that Deity Ganisha love riding a male rat, and thus his logo is a male rat! Imagine anyone ridding a rat let alone a deity. Well, according the tale, there it was a time when rats were creatures the size of a huge beast as a lion, and they were not fierce. However, they say that a curse was put upon them that reduced them the size rats are now days. Very intriguing indeed.

And although Lord Ketu and Deity Ganisha are part of the team governing Maga, Father Sun rules the sign of Leo, meaning he rules the entire Maga Nakshatra. And we already know that Virgo team are the Moon, Mercury and Savitar, right? So now, since Virgo forms part of Maga, that means that Ketu, and Ganisha govern Virgo as well, so Maga signs are Leo and Virgo. And we already know that the logo for the sign of Leo is a Lion, a female Lion. The bird for Maga is a male eagle; its tree is the Banyan tree; and its color is Ivory cream. The four padas for Maga are Aries, Taurus, Gemini, and Cancer.

So many deities governing Maga, right? But how about if we tell you that the real governing deities for Maga Nakshatra are the Petris. The Petris or Petras are The Fathers of Humanity. They created the human race. Maga translate, Power or Magnificent. It indicate the Star of Power. “The core of this nakshatra is achievement and nobility. Magha nakshatra produces an appreciation for tradition and ritual. This star demands strong morals and can give honor and prestige if one follows an ethical code.” ~quote

As we said, they are in the Star Regulas, who is in the Constellation Leo, and that their signs are Leo and Virgo. It is no wonder that all these magnificent deities govern Maga, and it is no wonder that the fierce demons always wanted destroy us and especially our DNA.

And we have work to do.

Which bring us to the question, “Where do we go when we died?”

According the ancients texts, when we died, and or when we passed away. Depending our good deeds and bad deeds we did on this physical sphere, we either go and meet our ancestors that are within heavenly spheres of our own star, or we are going to some other spheres that are similar to earth, only though we do not have a physical body made of matter, instead we have a transparent luminous human body that carries our very own, “Book of life.” Meaning, all that we take with us when we passed, is the experiences we went through while we were on earth.

And along with that is KARMA. In truth this is a very delicate subject that would take much too long explaining. Instead, let us say that Karma is a debt we owed to our very own ancestors! To our very own lineage of family with our very own DNA. This is why Family is so important in this matter. Family is everything. Actually we are in debt= karma because of our own ancestors, and we are not even aware of this. It is here where the energetic chain of our DNA never ends. This subject is so deep that even the wheel of the zodiac was created so we can all work out our Karma.= Petra Dosh.

What we are trying to make clear, is that although we have a star where our heavenly ancestors came from, we also have other ancestors that are in another spheres, conscious of what they lived on earth, yet they are stuck between heaven and earth, and the only hope they have is us here in this physical realm for them to ascend higher. These people are your father, or mother, and brother, or sister, etc., that died long time ago. From where they are, they are either cursing us, or blissing us. And this is very serious.

So according the God of Karma, he told these people that there it is hope for them to ascend! And that is, that during the month of September, every year, and starting on the 9th, when there it is always a Full Moon and or after the Full Moon,= the next Day on the 10th, and until the 25th of September, that= fifteen days period, they can all come to earth and do good deeds for anyone inclusive helping the animals, and do rituals as those of fire rituals, and or worshiping of the Sun, and etc., The good deeds they do, would help them erase their debts. Would help them ascend.

So from the 10th of September and until the 25th, there are millions and millions of people that are from these spheres walking the earth, and practically no one has seen them, except some.

I can tell from my own experience that when I started doing rituals during this time of the year, as simple as that of lighting a candle and praying for the dead within my family, and during that same evening, a bunch of spirits entered my room. Some that were family members, and some that I loved as family. I was not scare, in fact, I sat on my bed and prayed some more for all these people. And then it came to mind the names of people I couldn’t possible remember when they died because I was very young. The message I got is that they were very sad because none of their family have done anything for them after they left the earth. And I prayed for them too. And I got the surprise of my life when someone I knew that was an older lady that loved me very much as a young and pretty girl that I was then in the neighborhood. Anyways, for every time she was nearby, she used to pulled some of my pretty hair, as a way of saying “hello.” Well, that evening she visits me, and she pulled my hair! Immediately I knew that it was her. And I prayed for her with warm heart.

During this month of September, and from the 9th to the 25th, take time to do some good deeds in the name of all yours ancestors. These rituals could be lighting candles and praying with family members; it could be as well cooking some of the favorite food your ancestors liked when they were alive, and setting it on the table surrounded with candles, and with written notes where it says how much you miss them, and how grateful you are from all the things they did for you; You can also offer water to the Sun God in the morning sunrise in a cooper vessel, and or a glass+ and asking our Sun God to have mercy upon your ancestors and all those people that are waiting to ascend. Before doing this, make sure you take a bath whether at home or on the beach if you go do the ritual on the beach; You can also feed the homeless; feed the hungry animals on the streets; help the elders; help family members, etc., etc. Whatever you do, do it in the name of your ancestors.

It is advisable that during the month of September, and or during the period when our ancestors are here on earth, we do not do any tasks as that of traveling far away, having sex, getting married, starting a business, and or harming anyone inclusive animals. This time should be for our ancestors only. It is a time for us paying our respect to them. This is very important because this way they will bliss us, and as well we will have a better future when we leave this realm as well. And it is critical that we teach our children to follow this tradition so no one gets behind.

And it is no wonder that this Full Moon on the 9th and 10th is call the Harvest Moon! This do have many significance inclusive that of our ancestors ascending to a higher realm. The time is now for us taking control of our destine by helping our ancestors that are in desperate need for our help. By doing this we are helping ourselves+ and our future generations.