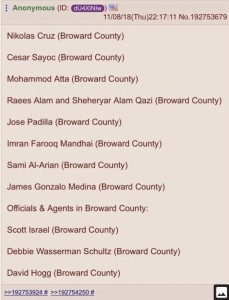 Broward County, Florida the [Home Front] for Mossad Zionists mobs [crypto Jews+ voter fraud]. Where the people are second class piece of shit, where taking their homes+ putting them on the streets+ killing+ mocking+ imprisioning them for profit is business as usual. Where the police+ elected officials are the boss with the mobs. Where fraud have no limits, and no law. And the same goes for Palm Beach+ Dade counties, Florida+ all around our country.

Fuckwits that disguise as public servants, when the facts are they are communists= Judaism enemies combatants that aim has been destroying our country. America has been the melting pot for these criminals run amok, inclusive the voter fraud that it is all connected with the DOJ [ Robert Muller] top demon that deserve death penalty for all that he has done to destroy our country+ people like CIA+ FBI+ SES., and many, many more that mentioning their names makes us want to vomit. For you know who you are.

For what are Israel Bonds? = the reason why the Zionists Mossad criminals do what they do, and this is done by defrauding our people+ our country+ violating all laws that this country is built upon. And do not let us get started on Chinese Bonds!

Where the time has come to hold each of them accountable+ liable+ responsible for their crimes against the people= Bullets. Gitmo. Deportation. Be it done the people commands.

Take time for watching these videos for the more you know: