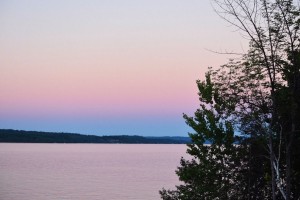 I am more than familiar with Haiti Operation. It was a money laundering operation and theft. Billions in wire transfers to America were sent through corresponding bank routes…but did not reach America. Haiti was one of the corresponding banks that received the money to forward to the next corresponding bank on the route. But the “disaster” happened just after the moneys arrived in Haiti and the money was “disappeared”, never reaching its final destination.

Nothing and no one was allowed to “participate” or enter “aid” to Haiti without application made to and approval given by Bill Clinton.

Bill Clinton already had the applications and approvals done before the “disaster” had even happened.

The “disaster” was “man made”.

Everything and everyone was tracked…before, during, and after the “disaster”.

That is part of the total “data vault” being released…the “who’s”, what each one did, and all the financial transactions, who benefited, etc.

What’s most interesting, is the ones behind the Clintons…the same ones behind Haiti, our case, and all the subversions throughin and throughout America…and every “where”.

EVERYTHING AND EVERYONE IS KNOWN. ALL DATA OF EVERYTHING DONE TO DATE…NOW TO BE MADE PUBLIC. ALL CAN AND DOES “HANDLE IT”.

One does not “negotiate” humanity, consciousness, existence, love…

my love, compassion, and fortitude to every one.

The indictment alleges that Baptiste solicited bribes from undercover FBI agents in Boston who posed as potential investors in connection with a proposed project to develop a port in the Moles Saint Nicolas area of Haiti.  According to the indictment, the proposed project was expected to cost approximately $84 million, and was to involve the construction of a cement factory in its first phase.  The indictment alleges that during a recorded meeting at a Boston-area hotel, Baptiste told the agents that he would funnel the payments to Haitian officials through a non-profit entity that he controlled — which was based in Maryland and purported to help impoverished residents of Haiti — in order to secure government approval of the project.

The indictment further alleges that in telephone calls Baptiste discussed bribing an aide to a senior Haitian official by giving him a job on the port development project after he left his position.  It further alleges that although Baptiste ultimately used for personal purposes approximately $50,000 that he received from the undercover agents for the payment of bribes to Haitian officials — money that was wired at Baptiste’s direction to a non-profit organization he controls — he intended to seek additional money from the undercover agents to use for future bribe payments in connection with the port project.

An indictment is merely an allegation and all defendants are presumed innocent unless and until proven guilty beyond a reasonable doubt in a court of law.

This case was investigated by the FBI.  Trial Attorney Kevin R. Gingras of the Criminal Division’s Fraud Section and Assistant U.S. Attorney Stephen E. Frank of the District of Massachusetts are prosecuting the case.