Convicted of sex with girls in Haiti, ex-Florida man is sent to U.S. prison for 40 years 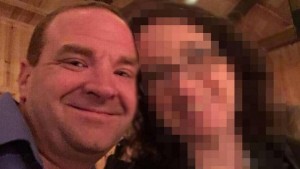 BY JAY WEAVER AND JACQUELINE CHARLES

A former Florida man who operated an orphanage in Haiti will be spending possibly the rest of his life in prison for traveling to the island to engage in sex with minor girls in his care.

At his fall trial, prosecutors depicted Pye as a missionary with a dark side who traveled from Miami to Haiti for one reason: to sexually abuse underage girls.

“He was going there and he knew exactly what he was going to do, to have illicit sexual conduct,” Assistant U.S. Attorney Benjamin Widlanski told a Miami federal jury, citing the testimony of several victims.

Defense lawyer Joel DeFabio countered that the witnesses’ memories “were all over the place,” and even after Pye and his wife, Leann, who testified on his behalf, had left Haiti, some of the children still kept in touch via Facebook.

“Did he get too close to the children? Obviously so, but not in a sexual manner,” DeFabio told jurors. “Undisputed, he ran an orphanage, he traveled to the U.S. for supplies and fund-raising. He did not have sexual acts with children.”

The jurors disagreed. In November, the 12-person jury found Pye, 35, guilty of traveling from Miami to Haiti on three separate dates for the purpose of engaging in illicit sexual conduct with minor girls in his care at the Jacmel orphanage and a nearby beach between 2006 and 2012. He was found not guilty on a fourth count.

Pye, who is originally from Bradenton, was arrested last March in his hometown of Ashtown, Arkansas, after a lengthy probe by Homeland Security Investigations. The U.S. government has become increasingly interested in prosecuting sex crimes involving offenders who travel from the United States to a foreign country to abuse underage children — an offense generally known as child-sex tourism.

Among the government’s witnesses: Steve Daugherty, a pastor who testified that Pye had confessed to him that he had “been in an inappropriate relationship with one of the kids.”

“They all said they liked the defendant,” Hosseini said, referring to the young women, who were flown from Haiti to Miami to testify in the case. “He did good things for them … but they did not like what he did to them.