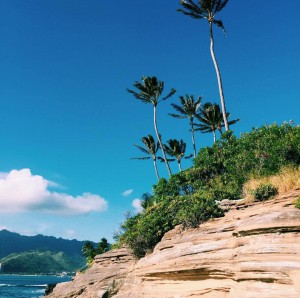 An indictment against a former co-president of a Maryland-based transportation company that provides services for the transportation of nuclear materials to customers in the United States and abroad, was unsealed today for his alleged role in a scheme that involved the bribery of an official at a subsidiary of Russia’s State Atomic Energy Corporation.

Mark Lambert, 54, of Mount Airy, Maryland, was charged in an 11-count indictment with one count of conspiracy to violate the Foreign Corrupt Practices Act (FCPA) and to commit wire fraud, seven counts of violating the FCPA, two counts of wire fraud and one count of international promotion money laundering.  The charges stem from an alleged scheme to bribe Vadim Mikerin, a Russian official at JSC Techsnabexport (TENEX), a subsidiary of Russia’s State Atomic Energy Corporation and the sole supplier and exporter of Russian Federation uranium and uranium enrichment services to nuclear power companies worldwide, in order to secure contracts with TENEX.

The case against Lambert is assigned to U.S. District Court Judge Theodore D. Chuang of the District of Maryland.

In June 2015, Lambert’s former co-president, Daren Condrey, pleaded guilty to conspiracy to violate the FCPA and commit wire fraud, and Vadim Mikerin pleaded guilty to conspiracy to commit money laundering involving violations of the FCPA.  Mikerin is currently serving a sentence of 48 months in prison and Condrey is awaiting sentencing.  The indictment includes allegations against Lambert based on his role in effectuating the criminal scheme with Condrey, Mikerin, and others.

The charges in the indictment are merely allegations, and the defendant is presumed innocent unless proven guilty beyond a reasonable doubt in a court of law.

The case is being investigated by DOE-OIG and the FBI.  Assistant Chiefs Ephraim Wernick and Christopher J. Cestaro and Trial Attorney Derek J. Ettinger of the Criminal Division’s Fraud Section, as well as Assistant U.S. Attorneys David I. Salem and Michael T. Packard of the District of Maryland, are prosecuting the case.

The Criminal Division’s Office of International Affairs has provided significant assistance in this matter.  The Department also thanks its law enforcement colleagues in Switzerland, Latvia and Cyprus for providing valuable assistance with the investigation and prosecution of the case.