WE THE PEOPLE — MEMORANDUM OF LAW: MORE… 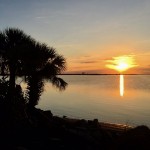 I. Supreme, Absolute, and Uncontrollable Power in these United States.

It has been said that the Constitution of these United States is the supreme law of the land, yet, there is a far more superior power than both Federal and State constitutions. One that is manifest in the book of Genesis. One granted by our creator.

Mr. James Wilson, delegate to the constitutional convention, signor of the bill of rights, framer of the constitution, Brigadier General of the Pennsylvania State Militia, and later supreme court justice appointed by George Washington. He so eloquently describes the nature of power in these United States.

“There necessarily exists, in every government, a power from which there is no appeal, and which, for that reason, may be termed supreme, absolute, and uncontrollable. Where does this power reside?”

“The consequence is, that the people may change the constitutions whenever and however they please. This is a right of which no positive institution can ever deprive them.”

“Oft have I marked, with silent pleasure and admiration, the force and prevalence, through the United States, of the principle that the supreme power resides in the people, and that they never part with it. It may be called the panacea in politics.” James Wilson; The Debates In The Convention Of The State Of Pennsylvania, On The Adoption Of The Federal Constitution. November 21, 1787.

“This will be a proper time for making an observation or two on what may be called the preamble to this Constitution. I had occasion, on a former day, to mention that the leading principle in the politics, and that which pervades the American constitutions, is, that the supreme power resides in the people. This Constitution, Mr. President, opens with a solemn and practical recognition of that principle: — “We, the people of the United States, in order to form a more perfect union, establish justice, &c., do ordain and establish this Constitution for the United States of America.” It is announced in their name — it receives its political existence from their authority: they ordain and establish. What is the necessary consequence? Those who ordain and establish have the power, if they think proper, to repeal and annul.”

“…It renders this truth evident — that the people have a right to do what they please with regard to the government.” James Wilson; The Debates In The Convention Of The State Of Pennsylvania, On The Adoption Of The Federal Constitution. November 28, 1787.

“I know no safe depository of the ultimate powers of the society but the people themselves: and if we think them not enlightened enough to exercise their control with a wholesome discretion, the remedy is not to take it from them, but to inform their discretion.” Thomas Jefferson, Letter, September 28, 1820.

“The rights of the individual are not derived from government, or even from the Constitution. They exist inherently in every man by endowment of the Creator, and are merely reaffirmed in the Constitution * * * The Constitution but states again these rights already existing, and when legislative encroachment by the nation, state, or municipality invade these original and permanent rights, it is the duty of the courts to so declare, and to afford the necessary relief.” City of Dallas v. Mitchell, 245 S.W. 944, 945-46 (Tex. Civ. App., 1922).

II. Sovereignty in these United States.
Constitutions limit and define those original powers lent by the sovereignty, the people, to the different departments of government. No individual department or combination of departments may expand their authority or power thereby, taking from the people that which was not granted. We the people, wrote down with certain determination the powers we do grant. Sovereignty resides with the people.

“But, in this Constitution, the citizens of the United States appear dispensing a part of their original power in what manner and what proportion they think fit. They never part with the whole; and they retain the right of recalling what they part with.” James Wilson; The Debates In The Convention Of The State Of Pennsylvania, On The Adoption Of The Federal Constitution. November 28, 1787.

“…that the sovereignty resides in the people; they have not parted with it; they have only dispensed such portions of power as were conceived necessary for the public welfare. This Constitution stands upon this broad principle.”

“In order to recognize this leading principle, the proposed system sets out with a declaration that its existence depends upon the supreme authority of the people alone.” James Wilson; The Debates In The Convention Of The State Of Pennsylvania, On The Adoption Of The Federal Constitution. December 1, 1787.

“I now endeavor to show that the true and only safe principle for a free people, is a practical recognition of their original and supreme authority.”

“My general position is, that the absolute sovereignty never goes from the people.” James Wilson; The Debates In The Convention Of The State Of Pennsylvania, On The Adoption Of The Federal Constitution. December 4, 1787.

“…at the Revolution, the sovereignty devolved on the people; and they are truly the sovereigns of the country, but they are sovereigns without subjects… and have none to govern but themselves; the citizens of America are equal as fellow citizens, and as joint tenants in the sovereignty.”

“From the differences existing between feudal sovereignties and governments founded on compacts, it necessarily follows that their respective prerogatives must differ. Sovereignty is the right to govern; a nation or State sovereign is the person or persons in whom that resides. In Europe, the sovereignty is generally ascribed to the Prince; here, it rests with the people; there, the sovereign actually administers the government; here, never in a single instance; our Governors are the agents of the people, and, at most, stand in the same relation to their sovereign in which regents in Europe stand to their sovereigns. Their Princes have personal powers, dignities, and preeminences; our rulers have none but official; nor do they partake in the sovereignty otherwise, or in any other capacity, than as private citizens.” Chisholm v. Georgia (US) 2 Dall 419, 454, 1 L Ed 440, 455 @ Dall (1793) pp 471-472.

“It is not a rule binding upon mankind in their natural state. There, every man is independent of all laws, except those prescribed by nature. He is not bound by any institutions formed by his fellow-men without his consent.” Cruden v. Neale, 2 N.C. 338 May Term, 1796.

“But be that as it may, there is no such thing as a power of inherent sovereignty in the government of the United States. It is a government of delegated powers, supreme within its prescribed sphere, but powerless outside of it. In this country, sovereignty resides in the people, and congress can exercise no power which they have not, by their constitution, entrusted to it; all else is  withheld Julliard v. Greenman, 110 U.S. 421, 1884.

Sovereignty itself is, of course, not subject to law, for it is the author and source of law; but in our system, while sovereign powers are delegated to the agencies of government, sovereignty itself remains with the people, by whom and for whom all government exists and acts. Yick Wo v. Hopkins, 118 U.S. 356, 1886.

“The people, or sovereign are not bound by general words in statutes, restrictive of prerogative right, title or interest, unless expressly named. Acts of limitation do not bind the King or the people. The people have been ceded all the rights of the King, the former sovereign … It is a maxim of the common law, that when an act is made for the common good and to prevent injury, the King shall be bound, though not named, but when a statute is general and prerogative right would be divested or taken from the King (or the People) he shall not be bound.” The People v. Herkimer, 4 Cowen (NY) 345, 348, 1825.

“No state legislator or executive or judicial officer can war against the Constitution without violating his undertaking to support it.” The constitutional theory is that we the people are the sovereigns, the state and federal officials only our agents.” Cooper v. Aaron, 358 U.S. 1, 78 S.Ct. 1401 1958.

Love our Country with all our hearts until death ! United we stand against all evil! Lets all rise together!