Remember Who you are 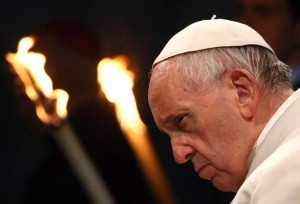 To the American people and the World:

Remember Who you are

You are here on a mission to bring light, which is knowledge/truth for the entire humanity to awaken from the illusion that have been inflicts upon us by SATAN AND HIS LEGIONS that deceptively have taking control of planet earth destroying moral values, all living systems, and humanity.

THEY ARE OUR ENEMY AND TRUST THEM NOT

THAT THING IN WASHINGTON DC WE CALL government, and that is run by the JEWS that are NOT, and along with the traitor Pope Francis, the head representative on planet earth of SATAN, are the perpetrators along with their worldwide legions. Meaning the criminals behind the scenes that have the notion they are the owners of planet earth and all existence.

LETS not pretend any longer this not being true because if you do, you are part of the problem.

Your job, your courage, and your intentions are that of bringing forward the light; the Christ knowledge of truth of what IT IS.

THAT TRUTH, that knowledge is known thus we must expose it for what it is, and bring the bullshit to an end because if that truth it is not on the public domain as it should be, we are fucked. Who knows, maybe we would not spare a planetary system to survive.

Do not despair…, have faith and believe you are the power that be. Be with courage and stand for what you believe to be moral. It does not matter which sect you come from!

WE are a planet of many races that must all come to the understanding that we all come from the same source, regardless. However, there it is a race, a white race if you will, that happens to be the race the King of Kings come from, meaning to say the KING Jesus, or Yehoshua, or Yeshua, or, Yahweh. THIS King is of a Royal Blood, and as fact is the only race to have domain of planet earth! This King was of the tribe of Judea, but he was not from Jewish blood. He was in Judea to meet a promise from above. His was originally from the Essenes, a tribe that originated from the land of the king of Judea that was in Scotland. This is the race the devil has been trying to destroy so he can have earth to himself! BUT not only is he destroying the Royal blood, but all races as well that are here on our planet.

ALL races are unique, and the Christ honor all creations of the creator.

The Christ is the enemy of SATAN…

Carry the sword of light, and know that we are surrounded by the enemy that is SATAN, the antichrist that is and always has been against the universal Christ of righteousness.

Christ, the one and only Highest Being that have jurisdiction over planet earth. THE only one that can bring to dust SATAN and his legions along side with us!

Which come to mind, do you know that the Christ was crucified on April 3rd? With this being said, we are being celebrating the Easter on the wrong date! However, lets not put much mind to this and think instead that Easter is everyday until we sort this out completely.
WHO did change the Easter date? Satan did it. He also did much, much more, however we all must learn step by step so we can comprehend the grand deception. We must also do our own due diligence of being our own researchers…, lawyers… How about becoming our own masters?

That indeed is the goal…

BE not surprise with all that it is coming…, unfolding…, just know that we are heading to the right direction.

FOR EVER PEACE, COURAGE, AND LOVE, ALWAYS…

Video, enjoy! We have much more surprises for everyone…

30 “Whoever is not with me is against me, and whoever does not gather with me scatters.

31 And so I tell you, every kind of sin and slander can be forgiven, but blasphemy against the Spirit will not be forgiven.