AN EASTER MESSAGE TO ALL NEOCONS, TERRORISTS, FUCKWITS JEWS THAT ARE NOT 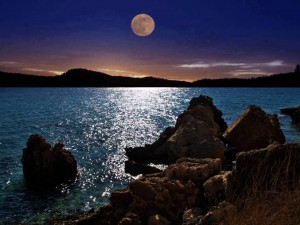 AN EASTER MESSAGE TO ALL NEOCONS, TERRORISTS, FUCKWITS JEWS THAT ARE NOT:

THE American people are not under General Orders No. 100; that for a fact has been dissolved. And even if these generals’ orders were in effect it would only apply to the District of Columbia, and never was intended to overthrow the Constitution for the United States of America.

Further, the corporation of the United States of America has been dissolve and so are all their subdivisions corporations that have been taking away the sweat and labor of the American people by them following the General Orders No. 100 of martial law, and treating the American people as their enemies for their own greed, and disguising as our lawful government.

WE are not under martial law under this document that was created for temporarily use, and that neocons intentionally forgot to inform the American people so they could continue their violations, invasion, and usurpation unto our territory that is beyond the ten square miles of Washington DC.

We are commanding for you to take your judicial corporate courtroom system out of our territory that knowingly and intentionally is disguising as “public court of the American people” in order to tear them down by breaking families apart; taking their children for profit, their properties, and hard labor;

We are commanding the dismantling of your corporate terrorist’s police agents nationwide;

We are commanding the dismantling of the corporate prison system for profit where the American people are its stock;

We are commanding the release of all prisoners that are being detain for profit, which adds up to 95% of detainees;

We are commanding the BAR (that is buried) not harassing our people soliciting of loans that they never loaned to an American citizen;

We are commanding all Real state agents, doors lockers, and county corporate officials such as county clerks, corporate sheriffs, State attorneys, mayors, governors, child protected services agents (that are kidnapping, murdering, selling, and killing our children for profit, and pedophiles) arrests for crimes of terrorism, and treason, treason as being the highest crime an individual can commit.

Let the American people be free!

The American people are free, and we do not consent of a foreign government running our lawful government, and taking public funds for themselves, and to create wars.

We trust our lawful government to do their job according to law, and those that violate the law are, would be held accountable for their actions.