Quan Yin is the Chinese Goddess of mercy. Her name means “One Who Sees and Hears the Cry from the Human World.” Her Chinese Goddess title signifies, “She who always observes or pays attention to sounds,” i.e., she who hears prayers. She is worshipped especially by women, but this merciful Goddess comforts all troubled, sick, lost, senile and less fortunate souls.

The world’s honorary release blessing (operation eternal sunrise master completion code) was entered by Grandfather from the mountains of China to give blessing and birth to the much awaited GCR/RV on sunrise Saturday October 1, 2016 CST (6:11pm EDT Friday, September 30, 2016).

Chinese Yuan/Renminbi now becomes a fully convertible international currency, as do all currencies of the world which are all now legally collateralized 100% by Chinese Elder gold (aka Global Collateral Accounts).

Basel lll demands net physical cash and coin issue can be as much as 10% per each nation’s sovereign audited asset value.

But Basel lV will require an increase of individual sovereign nation holdings to rise to 50%, which means sovereign gold reserve holdings must increase over a set period of time, and ultimately reach 100% by the end of what will be Basel V.

All nations of the world must learn to stand on their own asset base, ingenuity, work ethic and transparent ethical financial reporting without exception. No free lunches. No fiat values. No starting wars to mask insolvency. No blatant diplomatic deceit.

The new global fiscal year (2017) began today at midnight EDT on Saturday October 1, 2016. Every nation and government starts fresh with a clean balance sheet, including the Republic of the United States.

This is a seismic planetary event, and it’s ripple is being felt throughout many galaxies and universes.

The Saturnalia rebellion against God the Creator Father has been extinguished–permanently and absolutely. Hallelujah!

Arrests and eliminations continued throughout the night by Republic, Russian and Chinese ghost forces. Any force insisting on obstructing human progress at this point is met a swift and discussion-less end. This includes Syria and the Ukraine.

Expect to see the Paris Agreement announced as ratified shortly. And expect to received appointment contact information regarding your currency redemptions sometime after banks close on the west coast Saturday (8pm EDT) and before markets open in China Sunday (9:30pm EDT).

We are humbled by your generous gift, many sacrifices on our behalf and infinite mercy. Please receive our sincere and endless gratitude.

God’s Providence means having blind trust in an omnipotent force to direct all universal matters including the affairs of humankind with wise benevolence.

At midnight on October 2, 2016 in mainland China the PROC agreed to allow the Chinese Yuan/Renminbi to be traded as an international currency for the first time in its history going back to its founding in 1948.

This specific day and time was selected to sync the GCR/RV with the first day of the New Year (Hebrew – 5776; Islamic – 1438) with the Julianne calendar’s Oct 1, 2016 fiscal year start in the Western world.

East meets West so Heaven can join Earth once again in aligned harmony.

Your currency deposit will also go towards funding our new Republic government (by Chinese Elder design).

This is why also at noon EDT today October 1, 2016 not only did TRNs become live and get “put in play” but they fell under the control of the Republic Treasury for the first time legally.

As October 2, 2016 (fiscal year 2017) was the agreed upon transfer date of control by which all debts were both reconciled and eliminated in 2016 accounting.

Anytime now this thing is gonna go–literally any moment now that the new year has officially begun.

Look for the TETELESTAI email with toll free numbers, appointment recommendations and the latest sovereign rates. 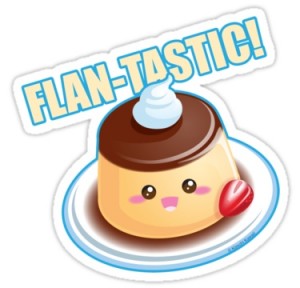 Reno sub group leaders and paymasters are to be hydrated and released by midnight.

UN operational rates will now change.  FOREX rates will follow next week after the private exchange period has completed by Oct. 9.

CNY to become active as an international currency at noon EST Saturday.

All sovereign and personal debts at all levels of government and finance have been paid in full.

Sovereign rate redemptions for all currencies worldwide will be allowed at the individual level for a 1 week period.

All citizens of the world are now considered independent and sovereign as equal members of the human race and planet earth regardless of birth right, location, title or lineage.

The new Asian Monetary Authority is ready to be born internationally as of noon EST Saturday October 1.

The European Banking Cabal has agreed to peaceful surrender terms (you read that right) and is to give over full control of the world’s financial system in perpetuity.

Federal Reserve fiat currency goes dead at the end of fiscal year 2016–which ends at midnight 9-30-2016.

General Dunford’s “ghosts” are currently  engaged in a “full house cleaning” as of this Tuesday… and we are told he will make all necessary restored Republic, new USN currency and Federal Reserve/UST transition announcements after final tactical operations are complete.

Link to a possible future ZIM international rate that Chase and WF may be offering: http://www.xe.com/currencyconverter/convert/?Amount=1&From=USD&To=ZWD

Just move the decimal point over one place if you desire to know the top sovereign rate Abbott Downing may be able to accommodate.

Performance window is any minute now that markets have closed for this week to any minute markets open for next week which is 2am Sunday (Dubai).

NOTE FROM EDITOR:
Take this as a public notice to those that are private, and that are intentionally harming American citizens. You will be without notice arrested by US Marshal, then the truth would be brought in front of you, and you will be either remove from earth instantly, or taking to prison for a long time to rehabilitate yourself before you can be on open society again. This apply to any one….

URGENT: History Has Been Made, The Future is Ours…

Received via email at 1:42 AM EDT for immediate publication. ~ Dinar Chronicles 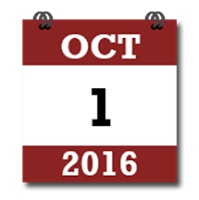 No celebrations. No parades. No recognition. But WW3 officially now has
ended.

On this day, starting at 5:00am EDT in the Line Islands somewhere in the Pacific Ocean, humanity has legally, morally and monetarily been set free for a 1,000 years of light.

Heaven is earth once again!

All praise and glory to Akua!