BE’ing and Do’ing everyone, this is fantastic! Please share so we can bring that energy to the entire Republic of the United States.

This should serve as an example to the moneybags sheriffs and their police force that have no business conducting piracy on civilian throughout the Republic to monetized themselves outside of their own jurisdiction which is in fact the ten square mile piece of land call The District of Columbia (Washington DC). For your information, congress left the White House in the eighteen hundreds, and since no one lives there.

You are a fiction, and you are trespassing, however, we are non-adverse, all we want is for you to start navigating the possibilities of shifting consciousness to a higher level and realized that you are not superior to anyone, and your badge means nothing, nothing because you got it by dishonoring yourself and your fellow men, buy holding on to a job that is harmful to yourself and the people that you are there to protect, not hurt them.

Your dirty little secrets are all out for the wide world to see, and if I were you all, you’ll be very careful of your actions with the people because although you might not think so, anyone on the streets might know the law more than you do, and you know what? You might loose that lavish pension you worked so hard for, or who knows, maybe expend the rest of your life in jail. Think of this pirates for a moment, because the way it was, is not the way it is any longer.

And for all those city officials that call themselves “Representatives of the people, or government of the people.” Get with it because far as we are aware, even the homeless on the corner of your luxurious building can take you out of your office with the flick of a finger if they only knew what we know about you, about your covet actions against your own people.

Does the word TREASON ring a bell to you?

We are going to stop here because when more people begin to awaken of the Grand illusion they’ve been living, we then will continue with this topic. Meanwhile enlighten yourselves by reading the article below:

These photos by Roman Baluk of Reuters show just how quickly the tables have turned in Ukraine.

During a rally in central Lviv on Feb.24, local riot police knelt as they apologized to residents for taking part in the crackdown on protesters in Kiev’s Independence Square, aka Maidan (though they insisted that they did not beat protesters).

Lviv, a city of 760,000 near Ukraine’s Western border with Poland, sent thousands of people to Kiev to fill and defend Maidan. On Feb. 19, the city declared independence from the government of President Viktor Yanukovych, who was ousted three days later by parliament.

Volodymyr Parasiuk, a 26-year-old protester from Lviv, became a hero on Feb. 21 when he denounced an EU-brokered peace deal and instead called for Yanukovych’s immediate ouster.

Subsequently, many of Lviv’s police fled the city, but these men have decided to ask forgiveness from the people. 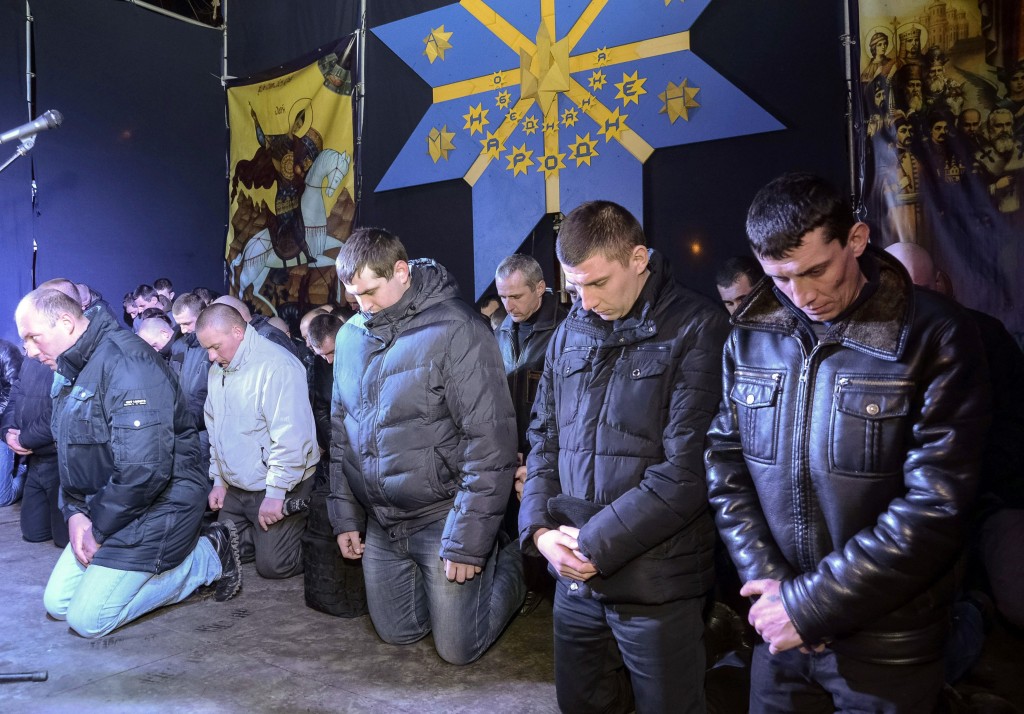