Our Children our Future: Expose the Perpetrators: Destroy them 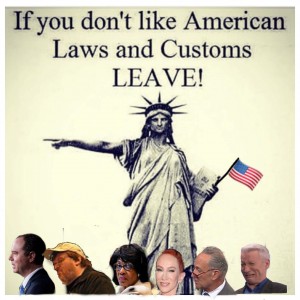 And we quote: A society that failed protecting its younger generation, is a dying society.

From Law of the Land Handbook:

Humans are by obligation protectors of children.

Children are protected by natural law; abdication of the responsibility to protect the well- being of a child is a criminal violation of natural law.

Child trafficking is a crime against humanity and violates natural law.

Sexualizing, objectifying or engaging in sexual activity with children in any way is a criminal perversion of natural law.

Exploiting children in any way is unlawful by natural law.

Incest is a perversion of natural law.

Children are autonomous individuals; not property.

Expose them: destroy them

Its been written that Tel Aviv is the number one capital of the world for child trafficking, meaning using our children for sexual abuse+ killing them for sacrifice+ for body parts that’s then go on selling worldwide for thousands of dollars. Actually, Rabbis, while a child is dying from all the abuse and injuries, with pleasures they urinate+ defecate  on them. They claim that [goyim], as are call the ones that are not Jews, are nothing more than animals created by their god Satan to please them. This insanity is derived from the evil Talmud Text that was created by a group of criminals to control the people. Be aware that these so call Jews are Fake Jews that for hundred of years are deceiving humanity with their game of lies. Read: http://wetheonepeople.com/the-royals-fraud/ to find out what some parts of the Talmud say about non Jews.

The second city for child trafficking is Portland, Oregon, follow by Disney. Actually thousands of children are missing every year at Disney, and no one dare speaking about these horrible crimes! Disney, believe or not, and for example the one in Florida, have their own police force, meaning that if anyone were to report these crimes to the local police, they would not be able to enter the Disney area. If we are not mistaken, Disney is like an independent country within a country? So they think. We also know for a fact that the local police is useless when comes to protect the people, as you might be aware, their job is protecting their own kind such as the criminals from their own corporate field. The local police are conspirators for all crimes, inclusive getting us out from our homes by order from the corporal court+ the BAR, that is the number one enemy for the American people= mortgage fraud [commercial fraud any which way]+ infringements+ violation+ invasion+ coercion+ subordination+ belittling= treason.

We, the American people have enough data to close down Disney, and distribute the land to the people. This we command being done. We also command closing down all harvesting organs clinics across the country, inclusive for Saint Jude Hospital that is an elite hub for the top demons purchasing children that knowingly are being diagnosed with deseases as colon cancer, and heart issues when these children are only babies! If you check the records, all donors to this hospital are the elites from Hollywood+ top politicians. As you must know by now, Hollywood+ almost all politicians are the top demons[ fake jews] that are in the business of human trafficking, inclusive  selling our people+ our country [land] to the highest bidder for foreign investors. Also we like to mention that the Boston Children Hospital is doing the same thing as Saint Jude does.

And we quote: We the American people have enough data to close down Stanford University for the damages they have inflicted to our youth such as social engineering= MKULTRA+ the Muslim Brotherhood+ Sharia Law+ being as well the foundation for all grads for the Mobs chain call CIA. Be it done.

Pray for those that are, and along with the people, and worldwide putting an end to these insanities, inclusive the ending of the banking cartels that are the Talmudic fake Jews Jesuits fuckwits+ along with the Chinese Mobs call Snakes Dragons.