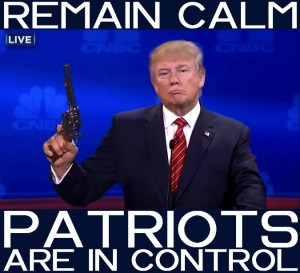 Goodbye Climate Accord. Goodbye all treaties that Obama signed. All Refugees coming through the United Nations is/are dead. All refugees must stay at a country nearby so they can be return home. World Trade Organization. IMF. World Bank. China. China Pharma. OPIC. US Aid Programs. Human Rights Counsel. Global Counsel on Negotiations. Evil Socialism. Nazi-ism. US Peace Keepers. UNESCO. Islamic terrorism= all DEAD.

If you believe on open borders, you believe in human trafficking. All nations must have borders. All nations need to be independent: sovereigns. Each nation, along with their own government is responsible for the well being of their own people.

The United States of America is not going to defend: give money, or going to be a puppet for nations that plunder our country+ our people any longer.

The time to paying our enemies to destroy our country, the United States of America+ our people, are OVER.

Whores country like Iran that have no respect for human values+ its neighboring countries needs to reflect, as their continued actions would have consequences, even from their own people. The Iranian people needs to get rid of their evil oligarchs sooner than later. This includes as well tyrants from Germany+ UK., etc., etc.