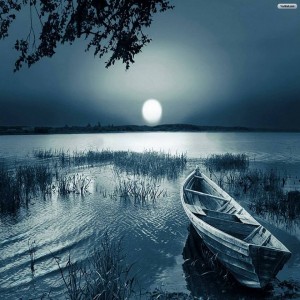 And now you conclude we were never capable of ever telling the truth from the beginning…
The Epiphany –
On Jan 18, 2016, at 7:09 PM, Anna von Reitz wrote:

Yes… I Admit to Being the Biggest Fool…

In recent days I have had cause to consider the Truth very deeply. One of the Truths of our lives is that none of us are in control of anything. As the Prophet Jeremiah observed, we cannot and do not control a single step. We can’t guarantee anything as a result— we can’t guarantee that we will perform any contract, do any deed, or even be alive in the morning.

This is the Truth, but we promptly endeavor to forget it, and go our sinful silly way, pretending to make contracts right and left.  As a result of our mortality and other natural limitations, we don’t have the ability to contract, and absolutely everything that we do that pretends to create a contract is a fraud.Not only that, but at some level of our consciousness, it is a known lie.

At best, we can make a good faith statement of our intentions or we can make a record of our actual actions. That’s it. As for promises to perform in the future– there are and can be no guarantees. And that means that there can be no lawful enforcement.

That’s the Truth, too.

Now I can guarantee you that I am not the first one in history to realize this and that this realization has caused no end of consternation for ages past.
It has in fact been the driving force behind the creation of “the World”— a wholly fictitious system of lies and “legal” constructs and people devoted to serving lies and legal fictions, a Make Believe domain where all the Liars gather and trade lies among themselves and waste no time in collecting new recruits and defrauding the rest of us.

No man, no woman, no corporation, no headman nor representative has any ability to contract, either. We cannot multiply an inability and somehow magically wind up with an ability that none of us possess.

All contracts are lies conceived in known fraud and they are owed no enforcement whatsoever. Nobody from the Queen of England down to the proprietor of Joe’s Pawn Shop has any cause to complain on the basis of any contract and any such complaint must be considered void. The complaining party had to know that the other party had no ability to guarantee performance to start with.

Beyond that, how can we know for sure what either Party to a contract knew or didn’t know or what they intended or thought about it? What did they intend by their words? Which “United States” were they each talking about? The only Witnesses having any first hand knowledge of their intentions, beliefs, or understanding of any contract at the moment they signed it are the actual Parties to it, and they are either known Liars or incompetents. Otherwise, they wouldn’t be making a contract in the first place, would they?

Earlier I had dubbed the scandalous actions of the Franklin Delano Roosevelt Administration as The Great Fraud, but I must reconsider that in light of this much, much more profound fraud which has been perpetuated since time out of mind— the entire idea of people or their corporations being able to make, judge, or demand enforcement of contracts.

Urgent Press Release: Billions of pages of so-called contract law and billions of false, unenforcable claims and most of the Harvard Law Library just flew out the window.
Some years ago a dear friend of mine died. He was a lonely man except for his girlfriend and a few friends. He lived alone on a Master-Sergeant’s retirement check and died of a rare cancer known to be caused by Agent Orange, which he helped transport in Vietnam. There was no help from the VA, just a prompt cancellation of his retirement check.

After his death, his mail—along with a final telephone bill– was forwarded to his girlfriend. She had no money to pay it, but the bill kept coming and with it, increasingly ugly calls from the phone company and bill collectors acting for the phone company. This went on for the better part of two years despite the fact that she told them, “Mr. Rowe is dead.” and sent them a copy of the Death Certificate— they kept right on. Finally, she set up an appointment with the CEO of the telephone company. That afternoon she appeared in a nice dress with an urn that she carried in and placed on the CEO’s desk. “I’m here to discuss payment of this bill,” she told him, dropping a copy in front of him. “I keep telling him—” nodding to the urn— “that he ought to pay it, but he won’t do a thing about it. Maybe you can talk some sense into him?” Then she plunked down the Death Certificate and started to cry.

This takes the basic situation and illustrates it to the point of the ridiculous.
It has been suggested that the problem with contracts is the language and the grammar used and that we can overcome the difficulty by reducing language to its most basic mathematical content and adhering to rigid mathematical rules of grammar construction to do away with “adverb-verb” language and thus avoid endless arguments over what “quickly” or “dutifully” means.

This Parse-Syntax Grammar has been widely accepted in theory and I admit that there is a mathematical interface inherent in language that results naturally from the parts of language we employ and string together to communicate, but it isn’t any answer to the basic problem which is the fraudulent nature of all contracts and our inability to disclose them adequately even if we could guarantee their enforcement—which owing to “time and unforeseen circumstance” in King Solomon’s words—we can’t.

Instead, what I see is an 8,000 year-old history of pretending that contracts are valid and giving their interpretation and enforcement over to an elite group of priests or scholars who always use an unintelligible special language to bamboozle and manipulate and hide their fraud from the general populace. Most recently this has been demonstrated by the American Bar Association in concert with the International Bar Association using “Legalese” and special “legal terms” and special “definitions” often buried in reams and reams of unintelligible gobbledygook like the Internal Revenue Manual.

That the resulting abuses are purposeful and intentional is adequately proven by the great care with which the various traps have been laid and misrepresented, such as the action of the Congress in 1862 to arbitrarily redefine the meaning of the single word “person” to mean “corporation” and their similar action in 1864 to redefine the words “state, State, and United States” to mean “District of Columbia Municipal Corporation”.

The problem isn’t the language. The problem is the basic dishonesty and greed and nastiness of the men misusing language, and the same would be true of any mathematical language, too. Whether we use letters or numbers or any other symbols, all languages are vulnerable to the same sorts of manipulation and changes and interpretations. We can’t change “the World” until we recognize the Truth and change ourselves.

The actual problem with contracts lies in the fact of our mortality and our inability to guarantee performance due to many factors that change our circumstance and expectations and abilities day to day. Consider the insanity of signing a piece of paper saying what you are going to do for the next thirty years when you can guarantee what you will do for the next thirty minutes? The further problem is in our inability to fully express and document what we know, what we intend, what we mean, and what we believe at any given moment in the form of words or symbols of any kind.

Just try telling someone how much you love them and why. We aim at meaning and sometimes we come close. We can’t make contracts, can’t reasonably enforce contracts on each other, we are being bamboozled by all those who claim otherwise and we are also are being senselessly subjected to cruel and unreasoning punishment by bill collectors, revenue agents, and commercial mercenaries profiting from this racketeering, falsehood, and criminality—- which is being protected by bankers, lawyers, politicians, and even some members of the clergy.

To make it all that much worse, that much more inexcusable, we have seen these same evils many times before. Press-ganging was outlawed 200 years ago for a reason. Debtors prisons were outlawed in England in the 19th century for a reason. Enslavement and peonage have been outlawed worldwide since 1926 for a reason.

Take those reasons to heart and champion them with thought, word, and deed. Make it your mission in life to speak and uphold the Truth. Never tolerate lies and self-interest when you have means and breath to oppose it, never accept racketeering and bullying under Color of Law, never give your consent to injustice, criminality, or falsehood of any kind. Strive always to see clearly, act rightly, feel deeply, and use your common sense as these are your safeguards in a “world” in which bankers make idols out of nothing and sell men’s souls and labor in “equitable exchange” for paper, in which professional Liars pretend to dispense Justice, and venal politicians convince you that they represent you and your country.