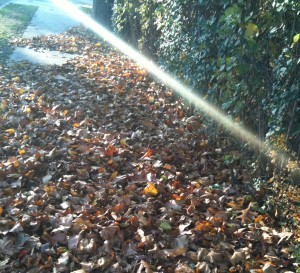 An Analogous Story by Judge Anna

You decide to take your wife out for her birthday to the finest restaurant in town. At first everything seems normal. Somewhere between the second and third course, however, the head waiter and two of the waitresses strip naked. They just go on about their jobs, but you can tell from your wife’s face and the silent glances being passed by other patrons that no, you are not losing your mind and imagining things. Some other naked waiters roll curtain partititions in, sectioning off a portion of the restaurant and soon, behind that flimsey partition, a real live orgy begins. You know what is going on. Everyone in the room knows what is going on. You can hear it— the thumping and bumping, the sex talk, the moaning and sighing. It’s obvious, and yet, except for the naked waitresses, everything on your side of the restaurant goes on as normal.

The Governor and his wife and a group of celebrities arrive, the mayor of your fair city—- and they all do the same thing. They all strip naked in front of your incredulous eyes and disappear behind that partititon. Another naked waitress appears and asks if you would like dessert? From the catatonic look on your wife’s face you shake your head and ask for the bill. When the waitress returns with your credit card she leans way over in a suggestive manner and puts her naked nipple about three inches away from your lips. Your wife looks like she is about to stand up and smack someone— either the waitress or you, and you aren’t sure which.
Driving home your mind is still in a welter. The whole thing is so bizarre. You look up the California Statutes and yes, it would appear that orgies are illegal, but who would you tell? The police — at least some of them — are obviously participating, and perhaps more important, so is their boss and their bosses’ boss. The crime has been committed. You are a witness to it, but what can you do about it? You are just one man and you have no public office or authority—and those you elected and entrusted to enforce the law are the ones breaking it.

That’s the situtation we are all in with the Fed and the IMF and the members of Congress. We know they’ve broken the law and also failed to enforce the existing law ten ways to Sunday, but nobody knows what to do about it. Even after you come out of your daze and admit to yourself that you saw what you saw and heard what you heard, who is going to believe you? And once you do convince your friends and neighbors that you aren’t just imagining it, you are still stuck with the question of what can you do about it?

You go back to the restaurant despite your better judgment (and your wife’s objections) to snoop around. The waitresses are wearing their clothes and business appears normal. You get one of the women to talk to you and to your amazement, she tells you that this happens once a month the day after the New Moon. You ask her— doesn’t it concern you that this is against the law in the State of California? She blinks and says, yes, but it’s not against the law in Anaheim. Anaheim passed a Private Law Statute legalizing orgies once a month, so it’s perfectly legal.

This is analogous to the whole situation we face in this country, where private corporate law is being enforced using public funds, but the Public and Organic Law of this country is being ignored or enforced only on a “discretionary” basis.
As your research continues you learn that the orgies are all paid for out of public funds. The restaurant has a contract to provide the service once a month. All the restaurant employees who choose to participate are hired as special consultants and paid $25,000 a month plus a uniform expense allowance of $5000 each for one night of “work” per month. You keep collecting the black and white proof of all this and nobody can believe it. They look at the documents. They hear the testimony, but it all has an air of unreality to it.

As you proceed along your path as one of the Tin Hat Brigade, the shock begins to wear off and the certainty that you have been grossly disserved and defrauded grows. A sense of outrage takes root. You find out that the Governor has committed gross crimes and so has the President of the corporation he works for. You find out that the people you elected in good faith to serve in public office are serving in private corporate offices instead, and the courts and judges and police all work for this same corporation —so they aren’t going to stick their necks out and enforce the Public Law, either.

There’s nobody left to do it but you, Jaimie. Even though you go on paying the salaries of all these scum bags, you have to do to the job you hired them to do.
If you want the Public Law enforced, you have to organize your friends and neighbors and form a Jural Assembly and operate your county government on the land jurisdiction of California. Why? Because back in the 1950’s and 60’s the crooks operating the then-State of California organization agreed to incorporate that organization as a franchise of the UNITED STATES, (INC.) They did this so they could receive kick-backs called “Federal Revenue Sharing” and “Block Grants”. In doing this, they merged their version of state and county government into the federal government structure and destroyed the Checks and Balances required by our system of government and did an end-run around our Constitution—– and nobody said a word.

They all just considered it a private business management decision. The rest of us call it treason.

Your mind is still reeling when you learn that in addition to all this, the parent corporation colluded with its new franchises calling themselves the “State of….” and the “STATE OF…..” and the “COUNTY of….” to “register” you as property belonging to them—- literally claimed you as chattel backing their debts. They seized control of your name using a bogus undisclosed private adhesion contract forced upon your unknowing Mother at the hospital when you were born and they charged your credit to the limit when you were still just a babe in your cradle. When they had exhausted your credit, they started extrapolating their debts onto the backs of your unborn children. They enslaved you under a private corporate system of “law” despite the actual Public Law against slavery, just like the “private law” allowing orgies in Anaheim.

In this case, the insolvent UNITED STATES and its parent corporation, the French-chartered IMF, are utterly responsible for these outrages, and so is the French Government that chartered the IMF and allowed it to commit all these crimes on American soil and throughout the world.

So all this has been done by a private, mostly foreign-owned corporation merely under contract to provide your state of the Union with stipulated governmental services, and while they have been doing that, they have also been pillaging your wealth and mischaracterizing your political status and corrupting your courts and operating in complete disrespect of the Public and Organic Law of this country.
No wonder then, that when the IMF sponsored UNITED STATES went insolvent, those of us who were awake and proudly wearing our Tin Hats wasted no time in declining the French Government’s offers to create a “NEW REPUBLIC” for us, and instead announced to the world that we have made other arrangements and are restoring our rightful government— the Old Republic, thank you very much— on the land of these United States.

We are no longer going to pay taxes, tithes or fees for services that we are not receiving. And we aren’t going to patronize organizations that fail to operate in good faith and in accord with our Public and Organic Laws.

If this is all just “business” and “business management decisions” then consider that the actual beneficaries of the Public Trusts have put their feet down and said in very clear terms that the Public and Organic Law of this country is to be enforced against all private corporate “law” that isn’t in full compliance with it and that all the whores in Anaheim are officially off the public payroll. And although we have paid off the “National Debt” of the United States with our equal “National Credit”—– there’s going to be a helluva charge back for all the unauthorized charges to our accounts.

Our contract with the world is The Declaration of Independence. Our union of states is The Articles of Confederation 1781. Our Public Trust is the United States Trust 1779. We are the people of the fifty sovereign nation-states: Alaskans, Ohioans, Virginians, Nevadans—- not some Euro-Trash “inhabitants” merely “residing” in our states under treaties that they are ignoring and commercial contracts that they have abused and dishonored.

Every “law enforcement” agent and every “judge” in every administrative “court” and Admiralty court in America needs to be informed of these facts via Judicial Notice. Every politician, too. If they are too stupid or too corrupt to grasp the facts any other way, perhaps this little anecdotal story of a birthday dinner gone astray will wake them up and convince them that their actual bosses are home to stay and the party is definitely over.