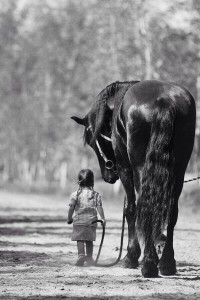 Any unauthorized person or party in possession of “Top Secret”, “Secret”, or “Confidential” documents, or documents such as Gold Bullion Certificates, Bonds, Financial Instruments of any description that are legally owned by the Collateral Accounts; or Documents revealing the various accounts of the Collateral Accounts, concerning, or related to the Combined International Collateral Accounts, whether historic documents or present day documents, or, conducting fraud by illegally downloading from the Federal Reserve Blue, Grey, or Black Screens, whether by Bank to Bank transactions, Swift Wire transactions, or Server to Server transactions, or similar, will, as of the date of this Decree be legally considered and construed as:-

a) Being in unauthorised possession of stolen documents / property with the intent to commit fraud, AND / OR,

b) Being in unauthorised possession of “Classified” documents contrary to both National and International Official Secrets Acts, AND / OR,

The content of the above Decree is an extract only from the actual Decree which is quite substantial in content; simplified to common language to ensure a full and proper understanding of the facts by persons without the need to engage a Lawyer / Solicitor for interpretation of same.

This Legal Decree was enacted by The International Treasury Controller, as a “Sovereign” with its own jurisdiction, and came into legal and enforceable effect as of 1st July 2012.

Needless to say that there will be persons, parties, companies, Governments, Government Authorities, International Financial Organisations, or otherwise, that will ignore these Decrees believing that The International Treasury Controller cannot enforce same. Be it on their own heads if they decide to ignore same as the Clock is now ticking and it is only a matter of time.

Many Governments, Central Banks, Commercial Banks, International Organisations, Individuals, Parties, Brokers, or otherwise, around the World have been coerced (Some without realising it. Others realising it and fully cooperating with their Masters, usually with financial gain attached) into such fraudulent and illegal activities against the Collateral Accounts by America, the Federal Reserve, The World Bank, The IMF, and their Allies who still believe that they hold power and authority over the Collateral Accounts from the time of the TTTGC, even though they executed the aforesaid Treaties and Treaty Agreements of 1976, 1980, 1988, 1995, 2012, and then totally ignored the legal factors, responsibilities, and obligations behind their signatures, carrying on as they had previously done so since 1945.

IGNORANCE IS NO EXCUSE IN THE EYES OF THE LAW.