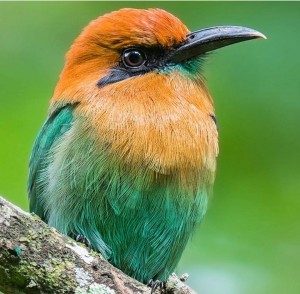 This order was released on Memorial day by judge Anna, although a little late, we want to make sure is in our records for all our audience to KNOW and exercise their rights.

Memorial Day — A Fitting Order Released
Dear Friends,
Last night all Hell broke loose— but in a good sense. For many years people have sought to determine the source, meaning, and implications of the use of all capital letter naming conventions. Why should such a name as “JOHN HENRY DOE” exist? How is it different from “John Henry Doe”? Or “john henry doe” for that matter?

I have researched it and written memorandums on the results that show that the use of these different “stiles” were used in Ancient Roman Civil Law as a means of distinguishing between free men, bondservants, and slaves, with the “john henry doe” stile indicating a free man, and “John Henry Doe” indicating a bondservant, and “JOHN HENRY DOE” indicating a slave.

The implications of this ancient history taken together with the circumstance surrounding the end of the Civil War (with millions of freed slaves representing “abandoned property” at least to some criminally minded members of the Congress) and the adoption of the 14th Amendment to the Corporate “Constitution” in 1868 and “corporate citizenship” with it—– are obvious without a degree in rocket science.

And now, thanks to friends and fellow researchers in Australia we have the nails to this coffin and are enabled to issue the attached Judicial Notice of Fraud and Violation and Order to Cease and Desist.

It is perhaps most fitting that this comes on the eve of the Memorial Day Weekend, when we remember all the good men and women who have fought and died for freedom, and our obligations to them to make sure that freedom for all men and women is secured against the schemes and crimes of perpetrators both foreign and domestic.

God bless you all and may you be assured that your cause is just and your vision righteous as you continue the work of restoring America and putting an end to the crimes and the breaches of trust that have plagued the entire world.

Judicial Notice of Fraud and Violation
Immediate Order to Cease and Desist
Issued to All United States District Courts and Federated State and County Courts Operating on American Soil and All Members of the American Bar Association and All Members of the International Bar Association and to the United States Congress
Copy: World Court, The Hague
Registration Number: RA 876 270 415 US
Order Number: Republic 49Alaska 5272016-000101
______________________________________
Judicial Notice of Fraud and Violation:
GLOSSA, “American Sign language” Section 11:144 and 11:147: The Chicago Manual of Styles. [The use of all capital letters to express a name or other content.]
GLOSSA (American Sign Language) Definition from Black’s Law Dictionary, Fourth Edition:
[Example:] GLOSSA VIPERINA EST QUAE CORRODIT VISCERA TEXTUS.
11 Coke, 34. It is a poisonous gloss which corrupts the essence of the text.

Order
The use of the above described language convention invalidates by fraud every contract and every court proceeding that has been addressed via its employment in America and elsewhere for the past century and a half. All such proceedings employing this form of text at any point in their process and all resulting judgments are null and void, ab initio, for cause.
All courts of all kinds, public and private, judicial and administrative, military, civilian and national existing within the borders of the organic states of the Union or operating upon American soil in any capacity whatsoever are hereby given Public Notice and Ordered to Cease and Desist the use of these fraudulent conventions immediately and to void all decisions tainted by its use.
By my hand: ______________________________ Judge Anna Maria Riezinger, non-negotiable, all rights reserved, for, by, and on the record of the Alaska State Superior Court.