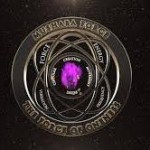 This message is from 2010, however we want to bring it forward because we are going to keep on bringing the Mushaba light to the entire earth. Mushaba Platinum light is the creation’s light! This article in particular was giving during the month of May, which is why they give praise to being a mother, as May is the month of Mothers’s Day? These messages are full of wisdom and very clear about the beginning of creation, and our purpose here on earth, so enjoy, and be full of wisdom! WE love the science of love!

I greet you with the profound greetings of freedom and empowerment, Mushaba Greetings!

I am Antikryon (an- teak-cre-onn), I come to you from the First Creation, the First Universe through Planet Mushaba located temporarily in the seven sister’s of the Pleiades. Today I wish to bring with you an energy of evolvement that will serve each and everyone of you as well as all of human kind. I am the one that had come to remove the death gene from the dna of humanity. I had only agreed to do so if there was no chance of humanity going backwards. This is the case for humanity has evolved far beyond the potential of going backwards. In response to this truth, you will see many great changes taking place and many people will be leaving the planet. Not because they are helpless or a lost cause, but because they know on a soul level that they need further 3d experience and this cannot be accomplished on earth. They will go to another 3d planet where they can continue their evolvement and the difference will be in the energetics of the planet and the lack of negative influence. This will allow for a greater and grander experience of evolvement in a quicker fashion than what has been carried out on earth.

I am here to seed you this day with something that will grow and blossom into an amazing potential should you choose to use it for your own advancement. I am one of those that carry within me the first seed of creation. I will deliver to you an energy packet of information that will serve those who choose to allow it to take root within them and expand the knowledge of who and what they are. If there is ever a time to step up and be yourself it is now! You have earned the power of creation to use as your partner in whatever you decide to do with integrity! This energy packet that I bring you this day is designed to assist you in connecting deeper with that self of you that carries all the answers to your questions whatever they may be. That part of you is the living entity of you, called the DNA! This is correct! I said DNA which is a living part of you that contains all that you are!
The packet will release pieces of remembrance based on each individual and their needs. Each will be given a piece or pieces of information that will speak to their DNA and it will speak back to your remembrance. I encourage you to use the Mushaba Force to speak to your DNA because it recognizes the Force as a voice of Creation, as a mouth piece for the Original Force of all Existence. This Force is within each of you in-between the cells and molecules of your body! It is something that you cannot get away from because it is part of you. It in fact is part of everything that is creation! The First Creation or First Universe is what gave birth to the second and it is from this first that the second has its meaning and purpose. It is evolving to become new and different to where it will merge to become the third.

You haven’t a clue as to what is about to become of creation as you know it! It will be new, different, evolved and created in a new way of being. You have the opportunity to participate in this “New Creation” simply by being who you are and what you are. You need to do nothing special, simply stay around and hang out with Mother Earth and see where it takes you. It all begins with the new Earth and the new earth is made up of the body of Mother Earth, The Spirit of Planet Mushaba and the Soul of Planet Maldek.

This has all been in preparation since the original beings left the first Universe to create the second. The destiny of the second universe and all that it contains has been guided and purposely planned to have a beginning an ending and a new beginning! There are so many involved in this process. Not only are the God and Goddess of this Creation involved, but so are the God and Goddess of the First Creation, the Highest of the Highest, The Highest of the Highest of Light both male and female counterparts, the Golden Knights, the Creator, the Crystal Knights, the Mushaba’s from the first creation and many more that have volunteered to be part of this great evolvement many trillions of years ago as you know time.

It is time know that more of the truth of the Mushaba information come forward because they are the soup, the ingredients, and the broth of creation. It is this race that holds the creational energy for all creations and for all creator gods to use for their creations. Understand humanity, that there is much to learn and much to unlearn. There is much that will come forward to redirect the lessons of truth in the direction of integrity and purpose as intended from the beginning which there really is no beginning, yet there is, so of! Think on that one if you dare!

I leave you with this:

This is a poem by a being called Cina who is one of the Original Creators of the Well of White Time.

The Mushaba Force was here in the long ago,

We can go back a trillion years or so.

The cloak of darkness that once covered Creation,

Was stirred into activity by the Winds of Creation.

Without this activity of Light against Dark,

We never would have had this Creative spark,

This action brought about the birth of the God Force,

This day is a special day of appreciating a mother that has given of herself in bringing life into this world that of a child, who she has nurtured, cared for, raised and loved since the beginning where a blessing came to be and form from out of the breath of life that glorious child. A mother is always there mo matter what and always showing strength, courage and never wavering and giving up or resting until her child has everything they need.

Now that’s a Mother of greatness, of skill and power; a Hero! A mother forever, one of a kind, one big soul and heart, a touch of a mother where there are no words to describe how deep the meaning goes of what this day means. Because its everyday that I cherish you as a mother so take your bow and pat yourself on the back for constantly and continually doing and giving of yourself that motherly love to all. Thank you and I am always grateful and thankful for you! There is nothing on Earth or in Heaven like the deep and abiding love of a mother for her child!

Every woman is a mother whether you have a physical child or not. You are born with all that a mother contains. You are mother to so many in so many ways. We honor all women this day for providing all that you are to all of us and all of humanity.

We love you mother, and all mothers no matter where you are!

The Men of the Mushaba Family