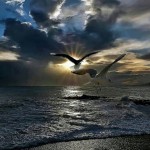 These Messages are a few months old, but as we said before they are for us all to know about our Origen, and know about the science of love!

I am Porda, known on earth as Wali Karriem Mushaba before my coming here to serve. I have come to introduce and present to you someone that will have a great and powerful impact on all of earth and humanity. This being is from a place that holds the essence of everything that was, is and ever will be. Without delay I step aside as the spiritual engineers prepare the transmission.
I bring you the Mushaba Greetings and embrace you with the Love Essence of Mushaba!

I am Triahnn (pronounced Tri-N), I come to you this day to deliver a message that I feel could be of interest to you and all that read these words. I am from Planet Mushaba from a place called the Cradle. I will not get into that at this time because it is of very deep consequences and very, very complex and involved.

I will say that no one comes from the cradle unless a specific purpose come into being that is recognized by the Creator, the Leader and the council of 12 from Planet Mushaba. I have been engaging your earth energies for a few weeks in order to get adjusted to its frequency.

The energy on Planet Mushaba is unlike anything, and the energy from the Cradle is something that words cannot do justice. So getting adjusted to the earth energy was quite interesting! I have come for a specific purpose, which will become evident in the short times ahead of you. What I wish to do now is to set in place the foundation of why I am here and also for those that are coming next.

There have been some very interesting happenings on your planet as well as within the Universe itself. Humanity is changing rapidly and the consciousness is evolving at a quickened pace. I know that some of you would tell me that this is not so because you could point to so much evidence that says the opposite. You could show the violence, the killings, the racial hatred and murder and the attack on people because of their skin color. You can show the outright disregard for life by your politicians enacting the laws that hold you, the people, in bondage. However, there is ample evidence that shows the opposite of that.

Your media chooses not to show that side of the coin. It is the independent news and the internet that brings you these situations that need to be recognized. There are many things in the mainstream media that goes over many people’s heads.

I am here because something of profound significance is in the air that is within the sunshine, within the breath that you take. It is going to bring forward a riveting truth that will shake human kind to its knees in reverence for the truth. It is within the purpose of timing that certain information comes forward to be broadcast to all of the earth people.

History is about to be rewritten, and the lies that have been perpetrated for a millennium of time will fall! It’s wake up time in a bold and brash way. It is wake up time for humanity to stand firm and take back, claim and embrace their God given rights and heritage of freedom, justice, and equality of all people of earth. It will be a new song played by the pied piper of truth and love. I am in myself a harbinger for I come to initiate major change on earth. I come as one that foresees what is to come and prepare the way for those that are coming behind me.

The call of humanity has been heard, and the energies of evolvement have reached a place where we felt it in the cradle on Planet Mushaba. It is because of our representatives there on earth that this is so. What is about to come forward will forever change everything and everyone on earth. It will be grand and powerful as it is coming from the source of original Love, original truth, and Original Joy! I will have to return because I am being called back to the cradle. I issue to you my apology but duty calls.

Let me share this one last thing with you before I depart. Your financial situation on earth, with the have and have nots, is in a direct collision course with each other. This collision will cause a major event to take place that will bring financial freedom to the people. It will be as if the gates of prosperity fell open and spilled all of its bounty upon you. This is a necessary step in the bigger, larger plan of what is coming.

The slow process on the momentum building for this collision was by design. It has to happen at the right and exact moment so that nothing would be able to stop it no matter how much they tried. Those that were once in control are afraid of their own shadows as I speak. I will say no more until the next moment of our togetherness.

I am Porda, known on earth as Wali Karriem Mushaba before my coming here to serve. I have come once again to bring you the messenger from the Cradle that will have a great and powerful impact on all of earth and humanity. This being is from a place on Planet Mushaba called the “Cradle”, that holds the essence of everything that was, is and ever will be. The spiritual engineers, which there are millions of them, have prepared the transmission.

I bring you the Mushaba Greetings and embrace you with the Love Essence of Mushaba! I am Triahnn (prounced Tri-N), once again as I come, Let me speak just a small bit about what the Cradle is because it is such a broad subject to address and it is far beyond human comprehension to grasp fully its purpose. However, once you step into your full consciousness, you will then be able to understand its total meaning and purpose. In the interim, I will do my best to explain in your earth language.

The cradle is a place on Planet Mushaba that is very special and not simply accessible to anyone. It is a place of special qualities. Know that when I say special it isn’t in your earth meaning as better, something better than or more important than. It is very important that you understand what I am attempting to share in integrity and truth. It carries, this place, the energies of Creation. It is the root, the foundation, the core, the cradle of creation in this universe. It is also from this cradle that the new universe which all is evolving too will be seeded from. Then the new universe will have its own cradle of creation.

I said in my first message that it is a place that contains everything that was, is and every will be. That is as accurate a description that I can give in your language because it’s much more than that. There are beings there of the highest of Source or Creator’s Light, Love and Integrity. These beings are direct descendants of the All That Is if you will for a lack of a better way to explain.

Why is Mushaba a part of this decision for certain of the beings to leave the cradle to work with earth? Why are the beings that remain their will be assisting earth as well? The Mushaba people are not known to your consciousness. However, that will change as you continue to move through your growth and awareness evolving to higher intellect and wisdom. The Mushaba people and the energy that they represent are involved, imbued, and enmeshed in all things creation. They are what you can consider the cooks and the soup. They carry the energies of the very fabric of creation. It is what creation is made up of.

I suspect, if that is the correct human word, I suspect that some of you will be wondering about this information because it isn’t something that you heard before or is common knowledge. I want you to understand that pretty much everything new and different that you’ve learned or came into awareness off was something that you never heard of before until you did! This is no different other than the fact that it is speaking of a very particular subject that involves a people, a planet, a force, a energy, a fire, a light, and an essence. All this will become evident to you as we continue to move back and forth from the Cradle to the Earth Realm.

You may wonder why now? Let me tell you that this information concerning Mushaba has been around on earth for over 40 earth years. It was quiet, not received and not understood. There were only a very limited few that felt any sort if connection or energy from this word Mushaba. Then as it got to be a bit more popular through the work of Anakhanda Shaka Mushaba and his Mushaba Family, some people felt the deep and abiding love of it and some felt fear.

The fear that was felt was from their experience of planet Maldek where the people on the planet in its last moments called out for the Mushaba Force to save them from certain destruction which it did not. It was not up to the force to save them but for each individual to save themselves.

The Mushaba Force was a way, a path, an energy that they could use to assist them but not do it for them. The reason is that Mushaba is not and cannot be a crutch, or something that someone gives their power over too. It will support you; support anyone in their own greatness. It will assist you in powerfully and firmly stepping into your freedom and empowerment.

It is vital to understand that what I am here to do at this moment is to prepare the groundwork for what is coming. What is coming is the truth, the whole complete truth of earth and human history. The truth of who you are, what you are, where you came from in your origins and what is your purpose, How did this universe get its beginning and who is God and Goddess, who is Creator and who are the various beings that exist in this particular creation for there are others.

I apologize once again for I am being called back to the cradle. It’s important to understand that this energy such as I carry have to be very careful entering the earth vibration because of the disruption it can cause. This is why there are millions of spiritual engineers working along with Porda, Anakhanda and other beings to make this transmission happen.

So Until the next time, I leave you with a tiny spark from the cradle that can light up your universe at an instant. “Breath” it in and “Feel” it into your being. It must integrate slowly and carefully.