MESSAGE FOR CORPORAL GOVERNOR RICK SCOTT FROM FLORIDA, AND ALL ACCOMPLICES STATEWIDE: RELEASE THE VIDEOS: GUNS LAW NULL AND VOID 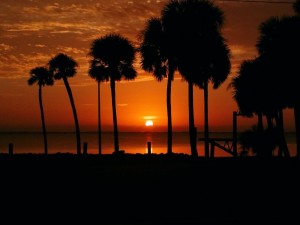 YOU ALL know, and we know that the corporal empire is BURIED: DONE: CEASE AND DESIST. WHY then are you instigating hoax: drills: propagandas all across the State, and deliberately, and knowingly using our youth for carrying out your GAME of conquer, defeat, and kill, as if we the American people are NOT aware enough of it. As if we the American people are still your sheep’s that sleep over your tyranny, and hideous crimes committed against us, as are jailing for profit, killing for profit, racketeering, and the mortgage fraud, where the latter is your ultimate pleasure watching your police mobs, and door lockers taking our people out from their homes after arbitrary decisions from your corporal criminals’ courts: judges that you picked from the streets, and or are family members that needed a job: OR BAR members buddies…

YOU are all despicable criminals that enjoy as well mocking us to death, as with the emotional turmoil you created at the Parkland School in Broward County with your hoax of mass murdering: shooting. HOW MUCH blind do you think we are? AND how dare you to accuse Cruz of such crimes when all the evidence shows he is your high ranking patsy?

AND let us ask you, how did you manage brainwash all the outspoken actors, like for example Irma Gonzales, etc., for doing your dirty work? You do not have a heart, do you? NO, you do not, fucking hypocrite, do you know why? Because you are a Talmud demon-con in human form that along with your mafia do not give a damn about the children, let along the adults, which is why you are “top gun” accomplice for the child trafficking: murdering of our children within the State: Disney connection: kidnapping. FOR Florida as being one of the most corrupted State in the country. 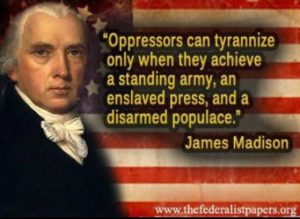 USING: destroying our children is the least that you can do, right? Right, because you know that would stir the hearts and minds of our people. We the people would do anything to safeguards our children, however, little do the average people know what is taking place here, and the entities like yourselves that surrounds them. Entities that aims are those of being destructive instead of constructive. Which come to mind, how the Zeta mosquitos chemical company that Rick Scott and wife have, are doing? How the destructions of our swamps: our environment within Florida is coming up: Chem-trails anyone?  We advice the people do their research, and hold those accountable for their actions.

We the people demand: command that any law(s) that former Rick Scott signed concerning gun law be immediately null and void without prejudice, and with prejudice, 1) because Rick Scott is not in any position to enact any laws at all, let along that of guns control, 2) Rick Scott does not represent the Organic Republic of the United States of America, meaning that Rick Scott does not represent the American people, per say, meaning he does not have a contract with EACH individual Floridian under the age of eighteen; or adults where each one had giving Rick Scott the written consent authority for him to tell them what to do with their own lives: choices for owning a gun or NOT. We believe that where there is NOT a mutual contract signed with wet-ink pen signatures between each individual Floridian, and Rick Scott regardless their lives, and the lawful natural rights for owning an arm of defense (any kind), exists, then there is no law, and no jurisdiction for him to infringe our lives, 3) We do not recall the Organic Constitution being ever VOID: Nor the second amendment: our militia that was created: is created by 17 years olds or older: was written for corporal tyrants like Rick Scott, and accomplice like Scott Israel to take NOTE of, 4) we the people command: demand the release of: for any videos where the corporal DEEP STATE cronies: entities like Rick Scott, Scott Israel, and Debbie Wasserman: the Clintons> for who killed Seth Rich? are part of: are being accomplices in hideous crimes against us through out the country, and specially within the State of Arkansas.

WE COMMAND THE RELEASE FOR ALL VIDEOS NO MATTER HOW DISTURBING WOULD BE FOR THE AMERICAN PEOPLE SEEING IT.

We command: demand the cease and desist of criminals like yourselves brainwashing our youth from public schools for your own gain. Cowards, how dare you! We believe that everyone: each one is liable, accountable, and responsible for their own actions, personally. With this being said, the rest of us do not need being discriminated on behalf of someone else own actions. This we the people do not allow.

We command: demand for all parents do reflect, and do their due diligence for knowing the truth of what you actually are: of what the former corporate whore call STATE had led us to believe: and that is that you and your mafia do not represent us, except your own kind: That you are in the business of identity theft, racketeering, murdering, destroying the environment, and last but not least, treason that is punishable with death.

We command: demand that parents do not have their children participate: do not sent them to school when these actions: disgrace: demonstrations for these criminals are taking place. HAVE COURAGE, and fucking wake up!

FOR we are ready to bury what no longer serves us one sense for all. We are ready, and with courage living our lives without the oppressions from these thugs: demons from public agencies that disguise as our lawful government.

We the people govern ourselves, and our lawful government is instituted for serving us the people, meaning we pay our military: our governmental agencies their salaries to: for working for us the people.

Do you have the intelligence to understand what this means? 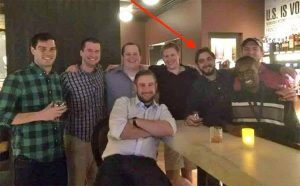 Guns do not kill people, people do.

The only solution for guns problems is more guns.

It is our duty: responsibility to carry an arm of defense in case our lives, and those we love are in danger from violent actions: predators…

AND remember that we are all liable, accountable, and responsible for our own actions, no exceptions.

Some people just don’t get it, isn’t?