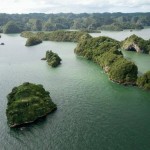 I have been following current events constantly with an eye to commerce, and I see the good side of things but I also am well aware of some of the bad things.

Exo-Commerce is not political, although politics does have an effect on commerce. But there are things to consider.

Most people are not aware, but some on planet earth have been doing commerce with those from other planets within our solar system as well as intra-galactic.

If this is a shock to the reader perhaps I can put that into perspective so it doesn’t sound fantastic.

Obviously, those who are in the custom of offering up prayers to ‘God’ are interacting with someone beyond this world. And this has gone on for perhaps all of recorded history. And there have been many reports of ‘angels’ who have visited mortals with information, encouragement, and even sometimes healings of physical problems. I, myself, have entertained ‘angels’ from time to time. And I have had dream/visions … sometimes at night as I slept and other times during the day time. And many people report these types of experience. This is exo-commerce, commerce just defined as the interaction between people whether it involves money, goods and products, knowledge, or just a friendly visit.

And those who read or listen to some of the information on the internet or in books may be familiar with the visits of ETs to President Eisenhower where they made him an offer. Simply, they told Ike that if he would give up nuclear development that they would supply technology. Ike didn’t accept their offer, and so they warned him that other ET groups would visit, but it would turn out badly if they accepted them. And so the ‘greys’ showed up. They offered technology in exchange for experimentation on humans … hey, no real harm … just abduct a few people now and again for some minor experiments and then return them to their bedroom with those memories wiped from their remembrance. That didn’t work out so well … Ike made a really bad deal ending up in the Dulce War (plenty of information on internet about that). That was baaaddd commerce.

Later we have another visitor with yet more commercial offers. This visitor was a man named Valiant Thor. He came with a similar offer in regards to nuclear development. He had come here directly from Venus (although he was not a native Venusian). Ike turned him down as well. You can reference this on the internet by searching for Dr. Frank Stranges where there are a few YouTube presentations by Dr. Frank.

And it appears that there were other subsequent presidents and world leaders who have been visited where ‘commercial’ offers were made. Certainly that would explain how the Nazis went from bi-planes in WWI to flying saucers by WWII. Although it appears that the Nazis did have nuclear technology development, it doesn’t appear that they ever used it as the US did.

But consider the famous Roswell Crash. As a result of the ‘crash’, according to Col. Corso, technology relating to the ship which was reverse engineered led to many later developments … maybe cell phones, microwave ovens, etc.

I am personally acquainted with a man who is not a human but purely of Pleiadian origin. He has been on this planet through 13 incarnations, and can remember all that he learned during those other lifetimes. And he is a top scientist. He told me he developed/built the first teleportation devices … back in the late 1940s. He did say he regretted having given that technology to the government, and he said he won’t give them anything else as he is dissatisfied how they have used the technology.

And then we come to more recent commerce. I first met Randy Cramer (Capt. Kaye) in 2015 at ECETI ranch at an event put on by James Gilliland. I had listened to various YouTube interviews of Randy so I was familiar with his story before I met him in person. I had a chance to interact with him ‘up close and personal’ at that event and at a later one. Through that association I came to be comfortable with Randy’s stories. For those who don’t know, Randy was in the US Marine Corps Special Section on Mars. While on Mars for the first 17 years of his tour of duty, his job and the Marines was to guard/protect a mining company which was mining various minerals on Mars with which they did intergalactic trade. The last 3 years of his tour were on and around the Moon as a fighter pilot for the same reason. Randy told me of battles he was in involving the Reptilians, Mantids, Drakos, and perhaps some others. But of real interest to me was a map he showed me of the Milky Way Galaxy. All over the map there were these little icons in yellow. There were two types of symbols. Randy said that one symbol represented a US Embassy and the other symbol represented a US military base. AND … there were over 200 symbols on the map!!! I asked him: do you mean to tell me the US has over 200 outposts throughout the galaxy? He said: yep! I asked him if he had ever visited any of those other outposts, and he said ‘yes’. And he described doing trade and commerce in those visits. He described some most unusual (at least to we earth humans) ‘folks’ imaginable. Wow!

Well, for those of us who do most of our commerce at the local grocery store and gas station, all of these stories may sound ‘out of this world’ … pardon the pun. I do believe that these stories and those who have shared them to be credible. And there are many more stories easy to find on the internet. So, where does that put you and I in relationship to exo-commerce? Are ‘things’ about to change? Will we be prepared for those changes?

One of the interesting speakers you can find on the internet is Alex Collier. Alex has been in direct communication with the Andromedans for many years. They have shared a lot of information with him over that period. Of interest, they don’t use money or banks. Those concepts are completely foreign to their thinking and practice.

You might ask what will it take for me to get into a mind-set to live in the fashion of those ‘people’ who travel all the way across the universe in a matter of a few minutes, who do not suffer disease, and who seem to want for nothing? If you or I were put into that type of situation how would we do? Could we fit right in, or would it take a bit of getting used to?

Well, hold on to your hats … we might not be that far away from that very thing.

Last summer I was visiting with James Gilliland up at ECETI ranch. He had opened up a line of communication with a lady from the Orion Council of Light, and was going over some items with her. I told James I had a question or two, and he said go ahead … he would be my intermediary for those questions. I like to ask ‘yes or no’ questions and form my questions in that manner. I asked: we will be a cashless society by 2020? Yes. By 2019? Yes. By 2018? Yes. By 2017? No. Hmm. So, it appears that we will be a cashless society by the end of 2017 or beginning of 2018. That leaves a lot of work to do if we expect to get to the level of the ETs, or maybe we will just be using plastic cards to handle our transactions as a move in the right direction. Maybe that is how it would work under NESARA. By the way, I got a secondary confirmation on the cashless situation by 2018 from St. Germaine.

And if the development and manufacture of free energy devices are widely distributed, then no more power bills. How about some electric cars? Or even, for ease of travel … how about a teleportation device like a phone booth? Go into the booth, dial in your coordinate, and … whoosh … Boston to LA in the blink of an eye!

Also, it is rumored that the ETs have food replicators which they are willing to share (non-GMO I am sure … lol).

If those items become available, then we are a long ways towards the non-use of money aside from whatever initial input is needed. And for students of Commercial Redemption (AFV, HJR 192, Negotiable Instruments law, etc.) you should be moving into that mind set already. Maybe all of our study and wrangling around with some of these concepts has a brighter side after all.

So, that is about all for this short article. There is much more that could be said on this subject, but with just this little bit the reader can consider some of these points. I believe that this is where we are headed … and it won’t be long.