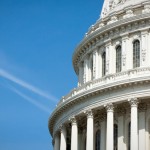 by Justin Caruso, published on The Daily Caller, on January 18, 2018

A classified House Intelligence Committee memo viewed by Republican lawmakers Thursday has been described as “shocking” and “explosive” by the members of Congress who read it.

The memo also contains information about the Department of Justice (DOJ) and Federal Bureau of Investigation (FBI), as well as the infamous Trump-Russia dossier.

Carter also writes that sources told her “they would not be surprised if it leads to the end of Robert Mueller’s Special Counsel investigation into President Trump and his associates.”

She also reports that an unnamed congressional member told her “(w)e probably will get this stuff released by the end of the month.” 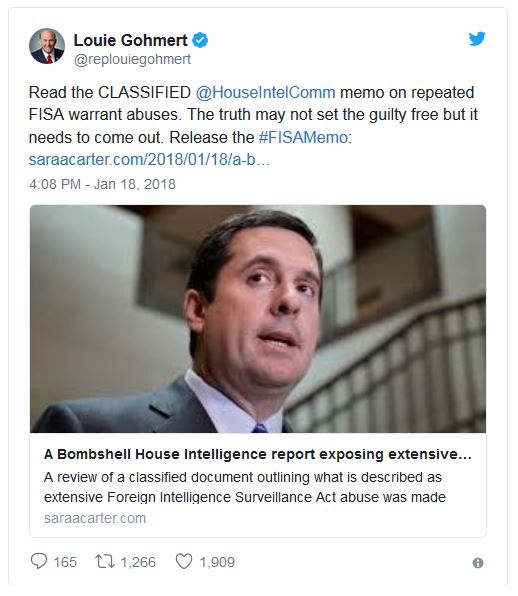 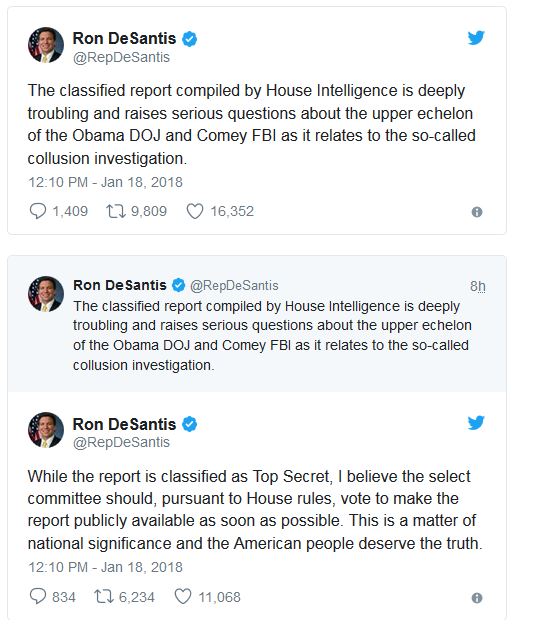 A number of other Republican lawmakers sounded off about the contents of the classified intelligence memo.

Pennsylvania Rep. Scott Perry told Fox News, “You think about, ‘is this happening in America or is this the KGB?’ That’s how alarming it is.”

Florida Rep. Matt Gaetz said, “I believe the consequence of its release will be major changes in people currently working at the FBI and the Department of Justice.”

Gaetz also issued a statement on his congressional website Thursday calling for the document to be released to the public, writing, “The House must immediately make public the memo prepared by the Intelligence Committee regarding the FBI and the Department of Justice. The facts contained in this memo are jaw-dropping and demand full transparency. There is no higher priority than the release of this information to preserve our democracy.”

North Carolina Rep. Mark Meadows told Fox News, “It’s troubling. It is shocking. Part of me wishes that I didn’t read it because I don’t want to believe that those kinds of things could be happening in this country that I call home and love so much.”