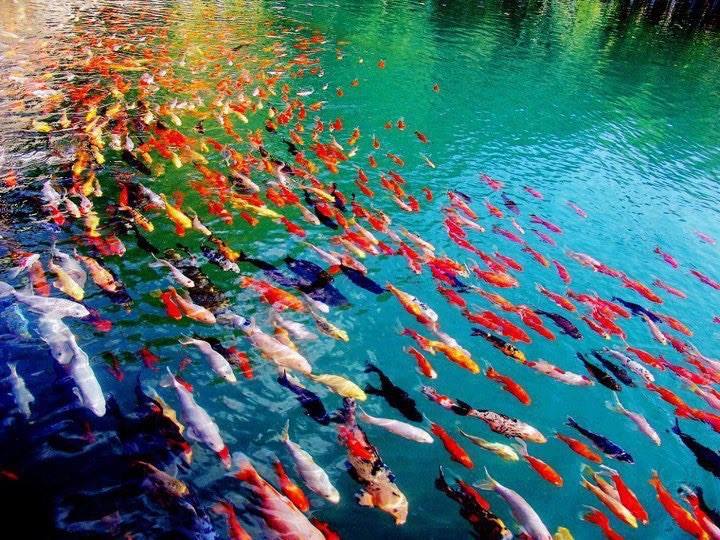 Dear Sir,
Like a deadly parasite, the international banks have left their hosts in America and Europe after draining us dry and they have now taken refuge in China.

These particular banks and their Ancient Babylonian practices occur as outbreaks throughout history—a commercial equivalent to Bubonic Plague.

The most recent bout began in England in 1867 with the passage of the Enfranchisement Act of that same year. Benjamin D’Israeli, a promoter and advocate of this ancient evil, promised Queen Victoria that she would be Empress of India if she went along—- and she did become Empress of India at the price of betraying the British People to endless enslavement and perpetual debt.

Disraeli used the proceeds from enslaving the Brits to enslave the Indian Subcontinent — the enslavement of one people used to enslave another– and so it spread throughout the old British Empire and around the world.

The first major repudiation came in 1949 at the hands of Mahatma Gandhi, who realized that these banks and the corporations they spawn naturally produce a spiritual evil like a toxin that creates alienation, immorality, selfishness, elitism, violence, oppression, fear, unhealthy consumerism, war-mongering, and delusions. The Nazis and British Raj demonstrate this mindset.

The most potent learned delusion they promote is the delusion of money itself. If you step back for a moment and ask yourself a simple question the root of the evil will soon become apparent: does it make sense to use any one commodity as a standard of value for all other commodities?

The result of doing so is always the same. There is never enough gold or silver or whatever we are using. Someone is always hoarding and manipulating things with the result that whole economies get bottle-necked and some people live in senseless luxury while other starve to death.

This is the natural and inevitable result of this form of banking whether we use gold coins or petrodollars. It is archaic, evil, dishonest, unfair, and leads inexorably to economic collapses and wars. It also requires enslavement of many people for the benefit of a few.

Beginning in 1930 the banks began execution of their next 100 Year Plan.

That plan involved bankrupting the then-current governments, confiscating, defrauding, or murdering people to obtain a vast precious metals stockpile. The same banks and the governmental services corporations they used as storefronts then forced people to use “legal tender” — private fiat bank script, knowing that such script would devalue through inflation and leave the perpetrators with a vast profit to reap.

All this has been done like clockwork. The gold and silver was confiscated and otherwise collected.

The fiat script did its dirty work. In 1930 you could purchase an ounce of gold for $30. What is the current price today? Over a thousand and streaking skyward. The difference between $30 and $1500 an ounce is the profit the banks hope to realize off of gold stockpiles that they have stolen from people all over the world. They plan on making 5000% profit or more by selling gold back to the grandsons of the people they stole it from in the first place.

At first glance you might shrug and say— good business, if you can get it.

However, if you look deeper, you see that it is a profoundly criminal business with the same end results of perpetual war, enslavement, and economic collapse whether you use gold or silver or paper or bottle caps. This is because all such systems which trade in symbols and representations of value are trading in lies and half-truths.

All forms of money used by these Babylonian fakirs are false idols and they are intrinsically worthless, apart from our belief that they have value.

Of what value is gold—really? It’s a great electrical conductor. It makes nice jewelry and coating for coffee filters. At least we can use our paper script for toilet paper….

You see the problem. It’s all lies. It’s all a matter of brainwashing people to believe the unbelievable: that a piece of paper or a metal coin has value that it doesn’t have.

Yet, we need means to conduct trade across a broad spectrum of transactions, so what do we do?

Here is what could be done to break the insane hold of these criminal banks on everyone and to end human suffering and misery and wars and economic collapses—- we can realize the simple Truth.

All things that we use for trade and which have value in trade on this planet are either labor (including our creative energy, patents, art, etc. ) or natural resources (including the commodities we make from these raw materials). Why not monetize the value of all labor and all natural resources on this planet and use that as the basis of a worldwide currency delivered via Blockchain technology? Just do away with the swindles and upheavals and crimes—-give everyone on Earth a credit account more than sufficient for all their basic needs, and give every adult an investment account that they can invest in any positive product or service.

We can trade credit digits on ledgers and use block chain transactions to track them—and allow each of us value based on our overall ability to work and contribute. plus our share of the world’s natural resources. No more fraudulent debt currencies. No more stealing from the future. No more phony controls and commodity manipulations.

In that way, every man, woman, and child could immediately have what they need to live and be free to work and acquire more and invest in good things to improve the world according to their vision of it.

The same credit system could be used to provide infrastructure funding for all the different countries based on population.

To begin with, and probably always to some extent, there would be need to have local national currencies for cash transactions and a need to continue to have exchange rates, but over time the convenience and simplicity of the Universal Currency and the worldwide availability and use of this Universal Currency would lead to its lasting popularity.

This would be a much simpler, easier, less expensive, and more truthful currency system than anything we have now. It would stop dependence on and manipulation by the banks to a great extent and that would serve to end poverty and war and unstable economic conditions.

China has been infected by a deadly parasite and having suffered through its whole life cycle ourselves we can tell you that we were deluded and coerced and lied to by the bankers and politicians responsible for setting up their ugly criminal system here.

We can tell you that the bulk of the value of all the spending that took place here all went elsewhere and that crime infested everything from the school system to the hospitals to the transportation department.

We can tell you that our own people suffered and went without and have been shamefully abused by this pirate-like parasitic bank culture that insinuated itself on our shores. If you let it, the same thing will happen in China as happened in Britain, America and elsewhere.

The sudden appearance of wealth is part of the illusion the bankers and crooked politicians promote. They don’t tell you that they are fraudulently indebting people who haven’t even been born yet, that you will be enslaved all your days paying off bogus debts on paper that other people accumulated and which, strictly speaking, you never owed. They will try to seduce you with all their wares— guns and drugs and sex and raucous music. They will make selfishness into a cult.

They will try to reassure you that no such bad things can happen when you use gold as a currency, but that is a lie like all their other lies. They always try to make themselves look like philanthropists, always dress in nice suits, always maintain such a soothing, reasonable demeanor. If you don’t know better you will mistake them for upright men, pillars of the world community, trustworthy business partners.

They will create so many conflicts and so much confusion that Chinese jails will be overflowing. You will have so many statutes and regulations to obey that you won’t be able to live as anything but a criminal, and criminals are slaves in their system of things.

They will ritually abuse and murder Chinese children just as they have always done everywhere else they’ve gone. It’s part of their religion. They will advocate every kind of sexual act imaginable and want it taught in classrooms at public expense. They will advocate lewdness and worship of youth and disrespect of Elders.

They will advocate “control measures” — a police state in which no Chinese may be allowed to sleep in peace or call his home his own or enjoy any portion of his own labor. You will be expected to report on each other and harass each other to ensure conformity.

Everything you do and think will be compartmentalized, so that one hand never knows what the other hand is doing and nobody including the President can see enough of the Big Picture to know what is going on without years and years of painstaking, purposeful work.

Everything will be subject to a harsh hierarchy, everyone in lock-step, nobody able to offer new ideas, nobody ever able to say anything negative, which leads to more mistakes and more dishonesty.

Their mantra— which is also a lie — is the Doctrine of Scarcity.

They will tell you over and over and over that there is never enough of anything— air, water, gold, cow manure— until you start to believe it and they can start to charge premium prices for whatever it is.

Then they will tell you that there is too much of something, like carbon dioxide, and they will find ways to tax you and charge you for passing gas.

This all sounds unbelievable as you stand here right now, but look at what has happened in America.

All of this and more and worse is headed your way. We are just passing on our experience with these bottom feeders in hopes that you will be ready to deal with the parasites escaping our shores.