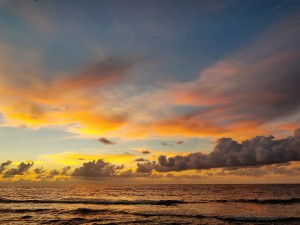 The Solstice occurs on June 21st, 2018 at 10:07 GMT, 3:07 AM Pacific, 6:07 AM Eastern. Lord Metatron shares his words of wisdom on what we can expect to experience with the solstice energies.

I am Lord Metatron bringing forth a divine message of what the June 21st Solstice within this year brings to Gaia and each of all her inhabitants.

The energies presently coming into the planet before the Solstice are representing great changes to occur which you may have seen in your own life. The effects of the Rainbow Arcs of Light is continuing with each shift of the Sun and the Moon reflecting into Gaia’s planetary functions.

Energetically this energy has brought forth great power to be realized in the form of allowing the extension of the light frequencies to be exposed in a new and different manner. There is an opening of the light rays through each of the Great Central Suns that is allowing every soul upon this earth to come into a new extension of their higher presence. It may come in the form of changing their diet, the way they are living, or Initiates realizing there is more they need to do about the healing of their emotional and mental bodies.

In any case there is a true opening of allowing each soul to feel a small percentage of what can be within their lives if they allow themselves to fully become present and ready to receive the integration of the Alpha and Omega of Helios and Vesta, our Solar Logos.

As we move into the June Solstice, it represents more of the same but specifically the effect of what Helios and Vesta represent, who are the Solar Logos. They bring to humanity the ability to step into their world of the Alpha Omega, the Masculine and Feminine God concept of Divine Father and Mother God.

Helios and Vesta are the Solar Great Central Sun and the effects of what is happening within the Earth through the Solar Flares is a direct result of their essence being expressed on a physical basis.

Electro-Magnetic charges are being sent into the grounding force of Gaia to assist in the acceleration of the planetary functions. This means that every soul must align within themselves a higher part of their existence.

This is exactly what has been occurring since the March Equinox. The Ascension Festivals occurred and brought forth a divine dispensation of more light to be infused within Gaia but also each of you. The process of the depth of your changes is a direct result of these energies coming into alignment.

This Solstice occurring in June for the Northern and Southern Hemispheres brings about the same effects. It does not matter where you are residing within the world all of the energetic charges are being felt by every soul upon this earth.

As we move into the Solstice energies, there is going to be a power surge that occurs within each of you. It may be very subtle at first with the increased light frequency bringing forth more of a burning away of dross and debris in a more tangible form than it was before.

THESE ELECTRO-MAGNETIC PULSES REPRESENT THE DIVINE FATHER OF THE ALPHA AND DIVINE MOTHER OF THE OMEGA AS HELIOS AND VESTA, THE SOLAR LOGOS AND GREAT CENTRAL SUN AS THEY WILL BE EXPANDING THEIR ENERGIES INTO THE PLANETARY STRUCTURE IN A MUCH MORE CONCENTRATED EFFORT.

These light frequencies are going to bring forth more of a balance of the Masculine and Feminine essence to occur within each soul upon the earth. It allows for what has not been in alignment to come into balance. It will be reflected not only through humanity but each kingdom that is walking the earth.

Many will say that this is the 5th dimension arriving but in truth, this is only the beginning stage to occur as we have been sharing for quite some time. In order for the planet to transition into the 5th dimensional energies there must be moments such as this to align the planetary function of what was upon this Earth into what could be arriving to assist in the process of creating the New Earth.

This Solstice is substantial in the fact that it allows for the Alpha and Omega to be part of the grand plan. The light infractions that will be sent through this process can be very powerful depending on how well you are ready to allow the change to happen. The most important element is to balance your four-body system and allow the higher light essence to assist your body in becoming more crystalline. This process can be very challenging and sometimes debilitating.

KNOW WHAT YOUR FOUNDATION REPRESENTS WITHIN YOUR FOUR-BODY SYSTEM OF THE PHYSICAL, THE ETHERIC, THE EMOTIONAL, AND THE MENTAL BODIES.

This is essential in order for the Spiritual Body to become more integrated within your system on a physical basis.

During this three-day period it is a time of great reflection, openness to the Divine Mind is going to be the main element of reflection, and allowing the Truth to be revealed and illuminated through Helios and Vesta. There is no hiding away of issues, or thoughts; they become very apparent and within that process they can be healed.

OPENNESS IS THE KEY ELEMENT THAT IS GOING TO BE REVEALED.

The beauty of this Solstice is that what has been hidden can now be declared as the forces of this light is being brought into alignment of All That Is. There are no hidden agendas as they will emerge out of the darkness that has been lost within you.

This also goes true for Planetary and Global awareness. Hidden agendas will be revealed and possibly not in a very positive manner. It is important not to get lost in the worldly affairs of others. Your role is to fully accept that what you thought was lost can now be found. The treasure is being revealed for every soul to see within themselves what is their Truth as it is Illuminated within their consciousness.

During this process manifestation can occur in many ways as long as you are in alignment with the Illumination and the Truth as Helios and Vesta are imparting it to the Earth. The vibrancy of these accelerations will truly assist in your healing of all elements within the four-body system.

It is a time of great revelation of hope and faith that life is changing little by little.

BE AWARE OF HOW YOU ARE FEELING. WHAT EMOTIONS ARE ARISING AND WHAT IS OCCURRING WITHIN YOUR THOUGHT PROCESSES?

In order to sustain this light energy, it is important to see the particles of your darkness that need to be released into the Solar Great Central Sun.

The effect of these energies will continue throughout the months into the Equinox of September. There will be many moments of clearing and recharging your full body system. Allow yourself to walk as the Great Initiate you are, know when it feels uncomfortable, and allow yourself to step into the world of healing bringing forth the acceleration of your light to be the focal point in your consciousness.

I suggest connecting to Helios and Vesta with the Sun’s energies especially at sunrise, not only on the 21st but within the three day cycle. Allow their Divine Truth to assist you to see your own reality from the standpoint of a multi-dimensional being that you desire to be. It cannot just be in your thinking process as that is the Masculine self, but command it to be by Initiating the transference of Light within the Feminine self.

This is allowing your Truth to be revealed within all aspects of your Being.

Enjoy these energies especially at the onset; they will be very powerful and will assist you in the process of allowing your Divine Self to become manifest within your world. The more individuals that achieve this individually, the more we will have a planet that is truly representative of the Light and Love it deserves.

I walk with each of you,

I Am Lord Metatron, at your service.