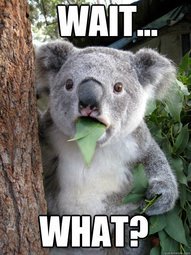 February 6 marks the International Day of Zero Tolerance for Female Genital Mutilation. The FBI, the Human Rights and Special Prosecutions Section (HRSP) of the Justice Department’s Criminal Division and U.S. Immigration and Customs Enforcement (ICE), all members of the Human Rights Violators and War Crimes Center (HRVWCC), join U.S. and foreign government partners, non-governmental organizations and local communities to call for the eradication of the practice.

Female genital mutilation/cutting (FGM/C) is a federal crime, and any involvement in committing this crime is a serious human rights violation, which may result in imprisonment and potential removal from the United States.  Individuals suspected of FGM/C, including sending girls overseas to be cut, may be investigated by the HRVWCC and prosecuted accordingly.

The elimination of FGM/C has broad implications for the health and human rights of women and girls, as well as societies at large.  This day serves as an opportunity to reflect on victims who have suffered from female genital mutilation/cutting, including many women and girls who have died or suffered lifelong health complications from the practice.  The day also renews a global commitment to the health and well-being of all women, girls and communities by eliminating the practice.

In 2018, ICE expanded Operation Limelight USA, an outreach operation designed to educate travelers on the dangers and consequences of FGM/C, from one international airport to seven.  U.S. officials with Operation Limelight USA spoke to 1300 travelers on 80 different flights from May 22 to July 2 at seven airports across the United States, while UK partners spoke to travelers at Heathrow Airport and train stations throughout the UK.  In Aug. 2018, U.S. officials, including representatives from the FBI and ICE, were again joined by their partners in the United Kingdom to sign a proclamation signaling the nations’ commitment to preventing the practice.

“The FBI is committed to investigating human rights violations, including female genital mutilation/cutting (FGM),” said Unit Chief Maureen Schutz of the FBI’s Criminal Division.  “We continue to work with our partners at U.S. Immigration and Customs Enforcement to protect the rights of young women and children and to bring justice to those who have violated them.”

“Female genital mutilation is a global issue and we rely on our domestic and international partners as we work to eliminate this practice.  We continue to partner with the FBI, non-governmental organizations, and other government agencies to identify potential victims and find those who conduct female genital mutilation,” explained Unit Chief Mark Shaffer of ICE’s Homeland Security Investigations Human Rights Violators and War Crimes Center.

FGM/C prevalence is primarily concentrated in 30 countries in Africa, the Middle East, and Asia, but also occurs in parts of Western Europe, North America, Australia and New Zealand.  It is global in scope and found in multiple geographies, religions, and socioeconomic classes.

Anyone who has information about an individual who is suspected of assisting in this crime is urged to call the toll-free ICE tip line at (866) 347-2423 or complete the ICE online tip form or the FBI online tip form.  All are staffed around the clock, and tips may be provided anonymously.

For more information about the practice of female genital mutilation/cutting, view this Fact Sheet on FGM/C from the U.S. Department of State or visit the United Nations’ Zero Tolerance Day website.