Are You An Empath? 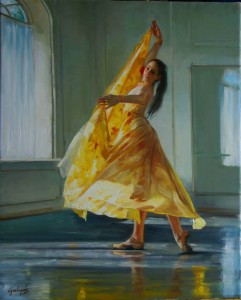 As soon as you heard or read of the term ‘Empath’, you knew that it described you and it probably came with a huge sigh of relief when you discovered that there was a title for your ‘condition’…

The kind of questions that may of gone through your mind:

– Why do I feel this way while others seem to be able to brush off the things that cut me like a knife?
– Why am I not able to switch off all this chaos?
– Why do I feel so alone in a room full of people?
– Why am I feeling ill when minutes ago I felt happy & healthy?
– Why do people who love and care about me give off vibes that feel like they don’t?

Empaths are an inquisitive bunch and just love to learn or get confirmation on our ‘suspicions’, ‘hunches’, or ‘feelings’. We question the norm and seek knowledge outside of what we are taught in schools, from family or other external influences.

You would probably find us choosing to go off into nature or visiting libraries and museums, pursuing art and music, science or mathematics or maybe spiritual and supernatural interests. We choose to spend our time, either online or actually, in the company of misfits and eccentrics. We love the innocent curiosity of children and animals. Finally, you can start to piece it all together, read on to gain an understanding as to why you’ve felt the way you do with certain people and in certain places, why you know things you shouldn’t and seem to experience more emotional and physical pain than others.

Hopefully the info below will give you a few more ‘a-ha’ or ‘eureka’ moments in your quest of self discovery.

30 Empath Traits at a Glance:

Empaths just know stuff, without being told. It’s a knowing that goes way beyond intuition or gut feelings, even though that is how many would describe the knowing. Some people are baffled by this & treat you differently as they don’t understand, The more attuned you are the stronger this gift becomes.

2. Being in public places can be overwhelming

Places like shopping centers, supermarkets, night clubs, festivals or stadiums where there are lots of people around can fill the empath with turbulently vexed & overwhelming emotions that are coming from others.

3. Feeling others emotions and taking them on as your own

4. Watching violence, cruelty or tragedy on the TV is unbearable

The more attuned an empath becomes the worse it is and may make it so they eventually have to stop watching the news and reading newspapers altogether or until they have began mastered true self & know how to protect themselves, by facing their fears & not getting caught up emotionally for the wrong reasons that are not heart centered but fear based, which leads to a belief in conspiracy & paranoia, then you end up creating that as your reality, when you have more clarity by becoming more aware, then you can sort the wheat from the chaff.

5. You know when someone is not being honest

If a friend or a loved one is telling you lies you know it (although many empaths try not to focus on this because knowing a loved one is lying can be painful & heart breaking). Or if someone is saying one thing but feeling or thinking another, wearing a mask to cover truly what is going on, you know.

6. Picking up physical symptoms off another

An empath will almost always develop the ailments off another (colds, throat & eye infections, swollen glands, body aches and pains) especially those they’re closest to, somewhat like sympathy pains.

7. Digestive disorders and lower back problems

The solar plexus chakra is based in the center of the abdomen and it’s known as the seat of emotions. This is where empaths feel the incoming emotion of another, which can weaken the area and eventually lead to anything from acid reflux, sickness & diarrhea, stomach ulcers,  to IBS (too many other conditions to list here). Lower back problems can develop from being ungrounded, upper kneck & shoulder pain from carrying the weight of the word on their shoulders (amongst other things) and one, who has no knowledge of them being an empath, will almost always be ungrounded & unsettled leading to if not kept in check more serious health issues to develop. Hence you become diseased rather than at ease.

8. Always looking out for the underdog

Anyone whose suffering, in emotional pain or being bullied draws an empath’s attention and compassion.

9. Others will want to offload their problems on you, even strangers

An empath can become a dumping ground for everyone else’s issues and problems, which, if they’re not careful can end up as their own.

Empaths often get drained of energy, either from energy vampires or just taking on too much from others, which even sleep will not cure. Many get diagnosed with ME.

Alcohol, drugs, sex, food, chaos are to name but a few addictions that empaths turn to, to block out the emotions of others. It is a form of self protection in order to hide from someone or something, which can ultimately lead to self destruction.

12. Drawn to healing, holistic therapies and all things metaphysical

Although many empaths would love to heal others they can end up turning away from being healers (even though they have a natural ability for it), after they’ve studied and qualified, because they take on too much from the one they are trying to heal. Especially if they are unaware of their empathy. Anything of a supernatural nature is of interest to empaths and they don’t surprise or get shocked easily. Even at the revelation of what many others would consider unthinkable, for example, empaths would have known the world was round when others believed it was flat.

From Art, singing, dancing, acting, drawing or writing an empath will have a strong creative streak and a vivid imagination.

14. Love of nature and animals

Being outdoors in nature is a must for empaths and pets & wildlife are an essential part of their life.

An empath will go stir-crazy if they don’t get quiet time. This is even obvious in empathic children.

16. Gets bored or distracted easily if not stimulated

Work, school and home life has to be kept interesting for an empath or they switch off from it and end up daydreaming, looking out the window or doodling.

17. Finds it impossible to do things they don’t enjoy

As above. Feels like they are living a lie by doing so. To force an empath to do something they dislike through guilt or labelling them as idle will only serve in making them unhappy. It’s for this reason many empaths get labelled as being lazy, when they most definitely are not, their minds & hearts just operate differently.

19. Always looking for the answers and knowledge

To have unanswered questions can be frustrating for an empath and they will endeavor to find an explanation. If they have a knowing about something they will look for confirmation. The downside to this is an information overload.

It makes an empath feel weighed down and blocks the flow of energy. comfortable & functional are a better state to operate more efficiently & get into the flow.

An empath can stare into space for hours, in a world of their own and be blissfully happy.

Anything that takes away their freedom is debilitating to an empath even toxic, they feel like their air supply has been cute off & start to feel trapped, leading to feel like the walking dead.

The excess weight is a form of protection to stop the negative incoming energies having as much impact. When they are over stressed the weight can also drop off.

An empath won’t talk about themselves much unless it’s to someone they really trust. They love to learn and know about others and genuinely care.

Although kind and often very tolerant of others, empaths do not like to be around overly egotistical people, who put themselves first and refuse to consider another’s feelings or points of view other than their own.

27. The ability to feel the days of the week

An empath will get the ‘Friday Feeling’ if they work Fridays or not. They pick up on how the collective are feeling. The first couple of days of a long, bank holiday weekend can feel, to them, like the world is smiling, calm and relaxed. Sunday evenings, Mondays and Tuesdays, of a working week, can have a very heavy feeling.

28. Will not choose to buy antiques, vintage or second-hand

Anything that’s been pre-owned carries the energy of the previous owner. An empath will even prefer to have a brand new car or house (if they are in the financial situation to do so) with no residual energy. However, you can cleanse them with sage, sea salt or sunshine and by visualizing a white light and love, surrounding it, penetrating it. You will know in your heart, by intuition and common sense if it is good or bad for you.

29. Sense the energy of food

Many empaths don’t like to eat meat or poultry because they can feel the vibrations of the animal (especially if the animal suffered). Meat eaters will take in the toxic vibe of what suffering the animals have undergone, so go for free range & organic where you can. I myself have been vegetarian for 25 years.

Depending on how an empath is feeling will depend on what face they show to the world. They can be prone to mood swings and if they’ve taken on too much negative will appear quiet and unsociable, even miserable. An empath detests having to pretend to be happy when they’re sad, this only adds to their load (makes working in the service industry, when it’s service with a smile, very challenging) and can make them feel like scuttling under a rock or finding a cave to hide in.

If you can say yes to most or all of the above then you are most definitely an empath.

Empaths are having a particularly difficult time at present, picking up on all the negative emotions that are being emanated into the world from the populace. This feels amplified to you because you are so sensitive, but fear not, knowing this has already rendered the hold it had over you powerless.

We are born in love and learn fear. So now you know, you can start to live again in love and truth, in the moment, feeling enabled to imagine greater and create the precious moments you seek and long for.