All About Your Birth Certificate and Your Wealth 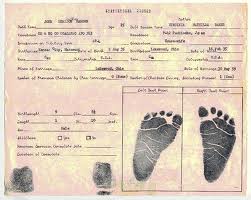 The hospital documented your birth with the legal name Title[4] in a distinctive style or appellation, Upper Lower case, the name by which anything is known, and because under trust law whenever title or money is transferred, a trust is created by operation of law, representing you, for which they created a CERTIFICATE OF LIVE BIRTH in all CAPITAL LETTERS, which was filed with the local Registrar and registered with the State, via Certificate of registry[5], in commercial maritime law which is a certificate of registration of a vessel according to the registry acts, for the purpose of giving her a national character i.e. U.S. citizen born in a federal zone, hospital zip code, in the judicial district in which the birthing of the vessel occurred identified by the filing with the Florida State Department of Health, Office of Vital Statistics within 5 days after your delivery, and then sent to Washington, D.C., for which the hospital receives a check for that vessel.

Then the local registrar issued your parents a copy of the warehouse receipt for the cargo, the CERTIFICATE OF BIRTH from the State of Florida in all CAPITAL LETTERS, representing a vessel/ward of the State representing the abandonment of your title by registration. The State of Florida the Creator/Trustor then created a Cestui que trust (constructive trust) behind your back after the fact, with the all Upper Lower case name, and placed a value on it, based on actuarial estimates of your future labor/human resource. Then they issued a Bond against the trust’s asset, a certificate of indebtedness[6] and funded the bond through the IMF based on your future earnings from your labor as the contributing beneficiary, which is a trust asset, and set up a Federal Reserve account for the same. So now the IMF has a beneficial interest in and out of the trust estate, the legal title is now vested with the State of Florida, and held by the Alien Property Custodian in Washington, D.C.; equitable title copy of CERTIFICATE OF BIRTH held by you representing equity/labor; the Governor acting as the managing fiduciary trustee; the Secretary of State Registrar acting as fiduciary trustee until you turn of legal age; and you acting as fiduciary trustee for the trust with duties and obligations once you turn of legal age, and the Secretary of Treasury in charge of the Federal Reserve account.

That ward/vessel is a now a Vessel of the United States, documented by registration under the laws of the United States and subject to its laws and jurisdiction, and the Title goes to the Alien Property Custodian in Washington, D.C. In a maritime in rem action, jurisdiction over the person of the “defendant”, the vessel, is premised upon the presence of the vessel within the district in which the court sits. The only vessel they have jurisdiction over is the trust, that is evidenced by the CERTIFICATE OF LIVE BIRTH, establishing the three points of jurisdiction NAME, SOCIAL SECURITY NUMBER and DATE OF BIRTH, the Federal Reserve account under the supervision of the Secretary of the Treasury who is also the managing trustee for the Social Security Administration and governor for the IMF.

Up until you turned of legal age to work, the deputy Registrar on behalf of the Registrar/ Secretary of State, or the Registrar/Secretary of State whichever signed the CERTIFICATE OF LIVE BIRTH has been the fiduciary trustee for that trust created behind your back and securitized where the government owns it in part and you own it in part. Meaning the Registrar had the fiduciary duty and obligation for that Trust up until you started your first job. That is why the State can take the child away from the parents, because it is the duty and obligation of the fiduciary trustee as guardian, to look after the ward, and make sure he or she is taken care of properly.

When you filled out the Application Form SS-5 for a Social Security Card, the Registrar turned over the duty and obligation of the fiduciary trustee over to you, because he did not want to be responsible as fiduciary for anything you do in commerce using that SS Card/number. You then became the contributing beneficiary and fiduciary trustee for that trust with the duties and obligations for filing and paying the licensing taxes, registration taxes, and taxes on profits, gains and income generated for the trust once it starts to operate in commerce with a Social Security Card/number on all commercial transactions, because you on behalf of the beneficial owner “the trust”, which is resident within a territory occupied by military forces with which the United States is at war, or a resident outside the United States, for which you are considered an enemy doing business with a license and tax identifying number for the purposes “of trade” effectively connected with the conduct of a trade or business within said territory for which you are granted a license under the authority of the President pursuant to the Trading with the Enemy Act, as an enemy in order to trade, or attempt to trade with the enemy for the beneficial owner the “trust”, and as the fiduciary trustee paying, satisfying, compromising, or giving security for the payment or satisfaction of any debt or obligation, and for drawing, accepting, paying, presenting for acceptance or payment, or indorsing any negotiable instrument or chose in action on behalf of the trust.

Your Social Security Was Made Into a Bond 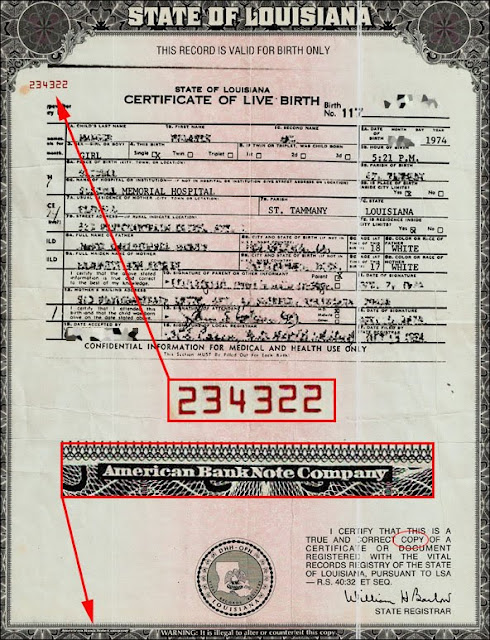 When the UNITED STATES declared bankruptcy, pledged all Americans as collateral against the national debt, and confiscated all gold, eliminating the means by which you could pay, it also assumed legal responsibility for providing a new way for you to pay, and it did that by providing what is known as the Exemption, an exemption from having to pay for anything. In practical terms, though, this meant giving each American something to pay with, and that “something” is your credit.

Your value to society was then and still is calculated using actuarial tables and at birth, bonds equal to this “average value” are created. I understand that this is currently between one and two million dollars. These bonds are collateralized by your birth certificate which becomes a negotiable instrument. The bonds are hypothecated, traded until their value is unlimited for all intents and purposes, and all that credit created is technically and rightfully yours. In point of fact, you should be able to go into any store in America and buy anything and everything in sight, telling the clerk to charge it to your Exemption account, which is identified by a nine-digit number that you will recognize as your Social Security number without the dashes. It is your EIN, which stands for Exemption Identification Number. 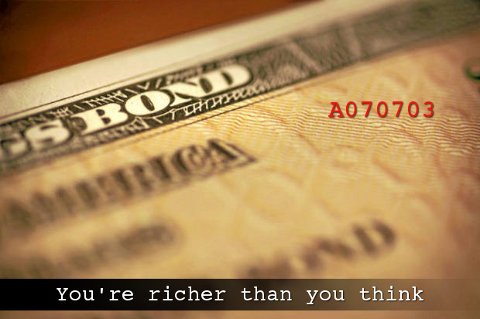 The Cesta Que Trust is an account you inherited due to the bankruptcy of the U.S. in 1933 and the subsequent ceasing of all the citizens gold, silver and other assets as collateral.  This account contains millions of dollars in your name.  The only problem is that the government and legal system failed to inform you about it and how to access your money.  In the meantime, they are drawing down on it for their own personal use and as payment to the Vatican and the English crown.
“It is the funds contained in this CESTA QUE TRUST that the Judge, Clerk and County Prosecutor are really after or interested in!  This Trust actually pays all of your debts but nobody tells you that because the Elite consider those assets to be their property and the Federal Reserve System is responsible for the management of those Investments.”
“Social Security; SSI; SSD; Medicare and Medicaid are all financed by the Trust.  The government makes you pay TAXES and a potion of your wages supposedly to pay for these services, which they can borrow at any time for any reason since they cannot access the CESTA QUE TRUST to finance their Wars or to bail out Wall Street and their patron Corporations.”
“You may receive a monthly statement from a Mortgage Company; Loan Company or Utility Company, which usually has already been paid by the TRUST.  Almost all of these corporate businesses double dip and hope that you have been conditioned well enough by their Credit Scams, to pay them a second time.  Instead of paying that Statement next time, sign it approved and mail it back to them.  If they then contact you about payment, ask them to send you a TRUE BILL instead of a Statement and you will be glad to pay it?  A Statement documents what was due and paid, whereas a TRUE BILL represents only what is due.  Banks and Utility Companies have direct access into these Cesta Que Trusts and all they needed was your name; social security number and signature.”
Video