About the Northwest Ordinance 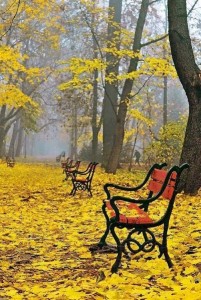 The Northwest Ordinance, Federal Proprietorship, and the Western States.

The Northwest Ordinance of the United States is part of our Organic Law and provides a progressive means for Territories to become States, however, there has been no Continental Congress since 1860 competent to actually enroll the States created by Statehood Compacts.

The “Congress” operating in DC since then has been operating in other capacities in the international jurisdiction of the sea as a corporation and as the “representatives” of a foreign constitutional democracy of 57 “states” including the seven Insular States of Guam, Puerto Rico, etc. and 50 inchoate Federal States.

There hasn’t been a “Land Congress” since 1860. We haven’t sent anyone to Philadelphia (not DC) in a Fiduciary Deputy capacity to act in behalf of the Land Jurisdiction in 150 years. Let that fact sink in.

This is technically all right because we are the recognized sovereigns of the land jurisdiction and if we don’t want to do our job, there’s nobody to force us to do it. On the other hand, the work has piled up and the mayhem has increased. At some point we have to remember who we are and do our part, call our Congress to Philadelphia, and clear the backlog.
Put a Big Red Flag on this statement: THE CONTINENTAL CONGRESS IS COMPLETELY DIFFERENT FROM THE UNITED STATES CONGRESS.

We are talking not only apples and oranges “different” but apples and potatoes different.
Failure on the part of Americans to realize this has caused no end of trouble and misadministration and frustration.

As a result of this ongoing circumstance, most of the States west of the Mississippi have remained in limbo as States-in-Waiting—- technically considered Federal Territories and largely under Federal management though contractually guaranteed all the rights and statuses of actual States-on-the-land to the extent that the Federal United States can guarantee that result.

This, too, is part of the craziness and the direct result of Federal Self-Interest and Power Mongering combined with our failure to realize what has gone on and take appropriate action. This is why we have to organize the separate land jurisdiction government owed to the people at the county and state levels and organize an actual and proper Continental Congress to formally enroll the western states and to formally relinquish their land and resources to them and out of any federal control.

So the problem isn’t the Northwest Ordinance which has functioned well as far as it could function. The problem is on our end as a Body Politic for failing to do our duty and convene a Continental Congress to accept the “new” States into the Union of States and end their quasi-territorial status.

Of course this is just another example of how the Federal United States owed us a duty to bring forward the issue and request action — and didn’t— because they have enjoyed the power of management over large areas of land and resources that otherwise belong to the States and the People. Still, it is only a trustee capacity that the Federales have enjoyed there— as caretakers and proprietors until such time as the actual States on the Land convene a Continental Congress and take care of long overdue business.

Although I am fully in support of our taking these actions, I also have to say that we are not ready to convene a Continental Congress and the dangers of doing so in a condition of confusion are or should be self-evident. Millions of people are just waking up and they have been well and fully deceived—most of them for their entire lives.

It takes time and effort to retrain one’s assumptions and alter one’s mindset from one of dog-like obedience and trust in “our government” to waking up and realizing that we are literally “self-governing” and need to do the job.

But before we do, we need to fully remember who and what we are and how this government “of the people, by the people, and for the people” is supposed to work.