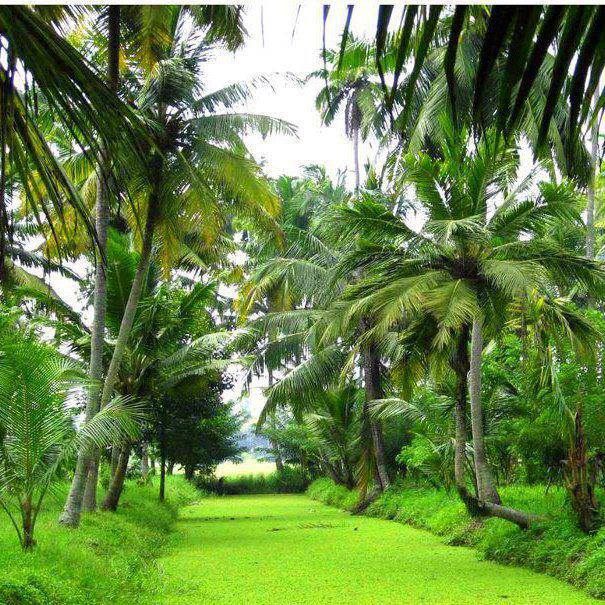 An INTERNATIONAL COMMERCIAL OBLIGATION LIEN (INDICTMENT) has been filed against the AMERICAN BAR ASSOCIATION
by Maine Republic Email Alert, on October 25, 2015

An INTERNATIONAL COMMERCIAL OBLIGATION LIEN (INDICTMENT) has been filed against the AMERICAN BAR ASSOCIATION (A.B.A.), the INTERNATIONAL BAR ASSOCIATION (I.B.A.), and the UNITED STATES DEPARTMENT OF JUSTICE (D.O.J.), by a multitude of Lien Claimants in violation of 15 USC 1 & 2 for a total monetary penalty of SIX-HUNDRED MILLION ($600,000,000.) US GOLD DOLLARS EACH, alleging that, since “fraud vitiates all contracts”, ALL commercial contracts, including, but NOT limited to, ALL unlawful sentences & incarcerations of political prisoners (i.e.; imprisoned I.R.S. Lien Debtors, non-criminal offenders), wherein, such commercial contracts were all conceived in fraud, and lacking any moral & ethical character are in direct conflict with Natural Law & Commercial Law, and thus, every A.B.A “contract” since 1882, whether verbal, or written, including, but not limited to all Judicial Oath’s of Office, falsely sworn to, and fraudulently securitized, monetized, and commercialized, are Null & Void, ab initio.

They have been given NINETY (90) DAYS in which to answer the ALLEGATIONS against them. Failure to do so will result in an immediate “Asset Forfeiture & Seizure” of “Accounts Payable” of TWO-HUNDRED-SEVENTY-NINE TRILLION ($279,000,000,000,000.) US GOLD DOLLARS currently held by the A.B.A. and the I.B.A. — and the Secured Parties’ Right to take possession after default.

1. The “PROOF OF ALLEGATIONS” lies directly at the feet of the individual Officers & Crew of the A.B.A., the I.B.A., and the D.O.J., i.e.; their Administrators, Executives, Officers, Directors, Employees, Agents, and Contractors, and with their honor, willingness, and their ability, to respond, protest, argue, or rebut the allegations made, herein, point-by-point, and article-by-article, under an Affidavit of Truth, under sworn Oath, and under the Penalty of Perjury.

2. It is anticipated & expected, that these individual members & contractors of the A.B.A., the I.B.A., and the D.O.J., rather than admit to their crimes against humanity, in-writing, will choose to go silent, or simply invoke the Fifth Amendment of the US Constitution, which, again, is NOT open to ANY A.B.A., I.B.A., or D.O.J. member, agent, contractor, or employee.

3. Their acquiescence, or silence, will then, under the weight of Commercial Law & Natural Law, result in their waiving all of their corporate, public, private, and individual rights & immunities, as per 28 USC #455, and they will, also, be attesting 1) to their acceptance & agreement to all allegations made, 2) to accept all fines, fees, penalties & punishments they are deserving of, and entitled to, under Common Law, the Law of Merchants, International Law, Commercial Law, Natural Law, and 3) to have violated their very own corporate laws & selfengineered codifications, which are grounds for the immediate dissolution of their corporate charters.

1. The ledger for this “TRUE BILL” is based on the Truth, the whole Truth, nothing but the Truth, and upon the MONETARY FACE VALUE of TWO HUNDRED SEVENTY-NINE TRILLION ($279,000,000,000,000.) US GOLD DOLLARS retrievable from stolen & pirated properties & assets, pursuant 12 USC #411, believed to be of record, and all properties & assets suspected of being hidden in privatized off shore properties & accounts by various individuals & members the AMERICAN BAR ASSOCIATION, and the

INTERNATIONAL BAR ASSOCIATION:
2. These stolen & pirated “assets” and “properties” will be confirmed & verified by a People’s open, complete & independent audit of the Federal Reserve Bank, and an audit of the International Monetary Fund (IMF).

3. This “TRUE BILL” is, also, set against the MAXIMUM PUBLIC HAZARD BONDS/INSURANCES held by the A.B.A.‘s, and the I.B.A.’s Bonding Companies, whether “in-house,” or “independent,” for all of these Entities, Agents, and Individuals, including, but NOT limited to, the individual Lien Debtors listed above.

4. As a Commercial Instrument, this “TRUE BILL” has an S.E.C. Tracer Number of #2640220, which is the Reception No.# assigned by the Mesa County Colorado Deputy Clerk & Recorder, Brandy Emow, for the filing of the fraudulent, fictitious, and fabricated Oath of Office signed by Colorado’s 21st Judicial District Crown Administrative Clerks, Craig P. Henderson, and David A. Bottger, and witnessed by Sandra Casselberry, the Judicial Administrator for Mesa County, Colorado.

5. This S.E.C. Tracer Number of #2640220 is a “commercial securities tag,” and is but a single Exhibit, out of thousands, of the prima facie evidence of the A.B.A.‘s conspiracy to commit sedition, piracy, and commercial fraud, against the Lien Claimants, and against the American people, wherein, any such Oath “prescribed, given, taken,” commercially securitized & monetized, was, and is, a “solemn mockery,” and “equally a crime,” according to the Crown’s very own Supreme Court ruling by US Supreme Court Chief Justice, John Marshal, in 1803.

7. All such “Crown Contractors” are, under the terms & conditions of this International Commercial Obligation Lien/Agricultural Lien/Writ of Injunction & Restraint/Cease & Desist Order, prohibited from engaging with, detaining, arresting, incarcerating, harrassing, coercing, or intimidating, any “Witness,” “Crime Victim,” a.k.a. “any Living Being,” or citing same under any revenue-bearing statute, code, rule, ordinance, or any other “color of law” infraction, providing the Living Being has NOT harmed or injured another Living Being. [Corporations CANNOT be injured! Only Living Beings can be injured!] Without an “injury,” there can be NO crime, and NOWHERE can these revenue-bearing statutes adhere, and no “false presumptions of a crime” shall be made, authorized, or enforced!

8. Any encroachments, or violations, upon the terms & conditions stated above by any “Crown Officer,” “Crown Agent,” or “Crown Contractor,” will result in additional 15 USC penalties being levied upon the corporate, personal, and private properties & assets of these individual “Officers,” “Agents,” or “Contractors,” while operating privately, or in their “corporate capacities.”

9. This S.E.C. Tracer Number of #2640220, however, and wherever, presented, will serve as the People’s Rescission of Consent, and as fair, proper, and lawful notice to CEASE & DESIST with any & all criminal aggressions, trespasses, and transgressions, while operating on the Land, and/or under the ‘presumed & alleged’ jurisdiction, power, or authority of the Military/Admiralty Flag of the Crown Templar.

The Sureties & Certifications of, and for, any & all Corporate, Public, Personal, or Private Accounts, Bonds, Securities, Profits, Procedes, Fixtures, Chattels, and Assets owned/managed by ANY individual operating within the jurisdiction, or control, of the A.B.A., the I.B.A., the D.O.J., or their, “in-house,” Bonding Companies, under the indirect, or direct control of the A.B.A., or the I.B.A., their Nation/State franchises, Inns of the Court, The Federal Reserve Banking System, or The International Monetary Fund (IMF) for these Entities, Agents and Individuals, are all considered forfeitable assets, and as “debt obligations” to the Lien Claimants, their assigns, and/or their heirs. As such, the Lien Debtors are lawfully responsible for producing, upon this commercial demand, these Sureties, Accounts, Financial Statements, and all Certificates of Liability & Indenture.

1. The Affiants & Lien Claimants, without prejudice, and Reserving All Rights, declares this Commercial Obligation Lien to be self-effecting, self-evident, and self-enforcing, noting that the US Marshal Service, is now lawfully restored to the People’s Executive Branch of the Continental united States of America, and they are no longer contractually obligated to the A.B.A.’s subsidiary corporation of the Department of Justice, both of which, are, hereby, dissolved for by the People for cause, and by necessity.

2. The US Marshal Service, a Constitutional Law Enforcement Agency, and NO LONGER a “Legal Enforcement Agency,” in the State of Illinois, and elsewhere throughout the 50 States, Washington, D.C., and their 94 government offices, will be tasked & charged with executing the seizing, freezing, and recovery of all the A.B.A.’s, and the I.B.A.’s corporate, public, personal, and private properties, found upon the Land, at sea, or found to be held by any & all individuals operating under the A.B.A., or the I.B.A., until such time, as it is determined that the full face amount of this Commercial Obligation Lien can be satisfied, and that all other Claims for Remedy made, herein, are unconditionally satisfied in full.

3. The US Marshals, having been given the preponderance of evidence, and probable causes stated, herein, that crimes have been committed, and that, crimes are being committed, shall under their own authority, jurisdiction, and powers, as dejure Marshals & Sheriffs, commence, IMMEDIATELY, with serving Notice of this Writ of Injunction & Restraint/Cease & Desist, without the need of a court order, or warrant, as is their privilege, duty, and obligation, under Law.

4. On the NINETY-FIRST (91st) DAY after receipt of this Lien, the US Marshals & Interpol, are to commence, at once, with the freezing, forfeiture, and seizing, of all corporate, personal, public, private, and individual properties, accounts, and assets, known to be in the possession of, or under control of, the A.B.A., I.B.A., D.O.J., and/or any & all of their corporate contractors, however related.

5. Fair compensation shall be made for the anticipated expenses & services rendered by these agents, and for their abiding by their own Oaths of Office (https://www.law.cornell.edu/uscode/text/28/563).The US Marshal Service & Interpol will receive TWENTY(20%) of the recovered assets, and these funds will be divided equally. A Promissory Note shall be tendered to the dejure United States Treasury, and earmarked to the US Marsha Service & Interpol in this amount. The full face amount of the Promissory Note will be made payable to the US Marshal Service & Interpol immediately upon the successful recovery, reclamation, and return, of the Lien Claimant’s “Accounts Receivables.”

6. Should it ever be miscontrued, or misrepresented, that this Promissory Note, and/or payments made to the US Marshal Service & Interpol, is some form of bribery, the Lien Claimants shall argue & deny same, and declare these funds lawful & appropriate compensation for the tasks & expenses the US Marshals & Interpol are tasked & charged with. These funds constitute stolen & pirated properties & assets of the American people, and these compensations are to be considered “bounties,” “prizes,” and “rewards” for honest service by the people’s law enforcement agencies & agents.