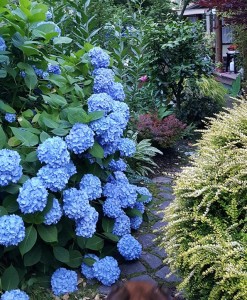 You Are Holding ALL The Aces!

Understanding Your New Power Position In The Up-Coming Exchange

Back in the day (Cabal System), the Banker sat in the “Power” Chair, as he had the Power to say yes or no to your loan request. The Banker had the four Aces of Power and you were often holding nothing, and forced to fold. However, in the New System, you hold all Four Aces of Power. You are the one in the coveted “Power Chair” with all the advantages on your side.

Before: The Banker had all the power of the System because it was rigged against you and in favor of the Bankers. The system was wrought with Fraud and misconduct, with the loser being you the customer. The SWIFT money wiring system would be delayed for days if not weeks so that the bad guys could make money on your money as you were forced to wait till they were ready to give it back to you.

Now: That System Ace has been handed to you the customer/client. The System is rigged in your favor now with full bank accountability and corruption free transparency. Every move they make is watched like a hawk by the new software which can track transactions 40 moves back. The new wiring system sends your money to its destination in seconds. No more delay, no more fraud, no more hassle.

Before: The Banker had the money that you needed. This gave him the Second Ace of Power because he had what you needed and as a result he controlled the transaction to his favor and his conditions.

Now: That Money Ace has now been handed to you giving you all the power. You have the Money that the Banker needs to meet his Basel III requirements and stave off Bank collapse. You are the one in a position of deciding the conditions and rates that you want and he is desperate to meet your conditions.

Before: The Banker had the Ace of knowledge and resources to control the transaction. He knew all the rules and took advantage of your ignorance of banking protocols.

Now: That Knowledge Ace has now been handed to you giving you all the power. In many cases you actually know more than the Bankers you will face in this transaction. You have been given inside information and valuable knowledge of the rates available. You know that the ZIM is a bond, and I dare say that the Exchangers probably don’t. That knowledge of what to expect and what you can get in the form of rates, perks, interest, and services makes you very powerful in the negotiation and is a decided advantage to you.

Before: The Banker had the Ace of Walk-Away Power. The power to say yes or no and that is the Ace of Spades, the Trump card which is the final word. No matter your case, or your need, he had the power, in the end, to just say no.

Now: That Walk-Away Ace Trump Card has now been handed to you giving you all the power to say yes, or say no and walk away. That is a formidable power now that the Banks desperately need your Gold Backed Funds to meet their new stringent Basal III requirements. They can no longer fix their books and get away with things. They need you to say yes and agree to let them exchange your Currency and leave it with them as well. I understand that your Exchange is so important to them that they have been told “Don’t Let anyone leave the building with currency in their pocket.” Of course they can’t technically physically stop you from leaving, however, they are authorized to make you an offer that is so good it will stop you in your tracks and bring you back to the negotiating table. That is your trump card the Ace of Spades to say no thank you and leave.

You Hold All The “Aces Of Power” Now

With these four Aces Of Power, you now control the Exchange Negotiation. Know your power, and take charge. This is not meant in an antagonistic way, but just know you have the power and don’t have to agree to anything you don’t like or want. If you want more clarity and a more detailed explanation, ask for it. Notice that they are very attentive to your wants and needs now. You sit in the seat of power and hold all the cards. Ask for what you want and expect to get it, or a good reason why not.

A Humors View of an Exchange Conversation/Negotiation

(For Entertainment Purposes Only)

In this example of an Exchange, think of the Bank as the Buyer of very valuable Baseball Trading Cards (Your ZIM). Think of your ZIM as the Most Valuable Cards (Bonds) Ever Printed and the Banker would like to have them in his collection/vault.

You: “Mr. Banker, I am interested in Exchanging these Items (Zim Notes) for cash, and would like to hear your best offer.”

Banker: “May I see those Zim Notes and Authenticate them?”

After you hand them over to the Banker, he continues…

Banker: “Oh my! These are very nice and of exceptional value. I see that they are of a 2008 Vintage which is a very good year for these notes. They have the coveted three rocks on the back and have a very large face value as well. According to my authentication books, these have all the right safety features and are in fact authentic. As you know, these were considered low grade collector’s Items, for many years, but in recent years, they have experienced a tremendous surge in value and are coveted by knowledgeable enthusiast Worldwide. I am prepared to offer you this rate (Millions, Billions, Trillions) for each one you have.”

You: “Thank you Mr. Banker for that offer. If I were the ordinary Joe on the street, I would take that initial offer in a heartbeat and consider myself lucky for it. However, I have studied these Currencies and have become quite well informed over the years as to their true value. There are several factors that cause this particular Currency to be more valuable than any of the others. Consider that:

A) These Zimbabwe Notes are not just ordinary currency notes but are in fact Bonds levied against the Government of Zimbabwe, it’s in ground assets, and all the natural resources at its disposal. While that is a considerable value in itself, based on the extensive Gold and Platinum deposits, and Diamonds in the country of Zimbabwe, it pales in comparison to its other valuation basis.

B) As it turns out, the Zimbabwe Currency is to become the Reserve Currency of the entire Continent of Africa and as such, it becomes a Bond against all of Africa’s vast In-Ground Assets, as well as its valuable resources above ground. Additionally, Africa has “Rare Earth” minerals that are extremely Rare on this Planet, and are indispensable to the manufacture of the coming advanced technologies.

C) Additionally, since it is a Bond secured by the extremely valuable assets of all of Africa, I don’t expect to have any zeros taken off. Who ever heard of dropping zeros off of a Bond in good standing? Mr. Banker, for these reasons and more, I am thinking of a rate Ten Times (10x) the one you have offered here today.”

Banker: “That rate is far more than we are able to pay (Exchange) for your currency. However, we can offer you a rate of Five Times (5x) what I have previously mentioned as well as some valuable perks as a bonus for doing business with us such as, Private Jet Service, 24 Hour Concierge Services, Lifetime tickets to your favorite sporting events, etc, etc.”

You: “Mr. Banker, that is a nice offer, and by the way, I have some ideas for some other perks that you haven’t mentioned, but we will talk about those after the exchange when I decide whether or not I will keep my money in your Bank and for how long. However, for now, how do I know that rate is the Best rate available for my Currency? While I will honor any Non Disclosure Agreement I sign with you, I am going to find out what others got for their Currency one way or another, and I would not like to discover that I could have gotten more than what you have offered me. What assurance can you give me that I am getting the VERY Best Rate possible for this currency and why should I exchange with you and your bank over the others?”

Note: At this point don’t be a pain. Get all the information you need to be comfortable with the rates, and the Bank, or else walk. You are not required to Exchange your currency if you don’t want to. Do not move ahead with the transaction if you don’t feel good about it. What do you need to feel good? More information? A second opinion? Do what you’ve got to do, get what you have to get. Etc. Above all, have fun and be happy as the ball is in your court now and you are holding all the Aces of Power.

Signed: One Who Believes