According to the US government’s own Vaccine Adverse Events Reporting System (VAERS) in 1998 there were 88 vaccine related infant deaths, in 1999 there were 73 infant deaths, and in 2000, 73 infant deaths. This trend of between 70-90 reported infant deaths continues yearly through 2007. In 1993, FDA commissioner David Kessler reported in the Journal of the American Medical Association that, according to one study, “Only about 1% of serious events are reported to the FDA.” Based on this report, and other studies regarding the reporting of “serious events,” one comes up with an estimated figure that 1-2% of all serious adverse vaccine reports are actually recorded. When you combine the VAERS data together with the adverse events reporting studies, there is only one dreadful conclusion. In the United States each year, anywhere from an estimated 3,900 to 7,800 infants are poisoned to death, as a direct result, of being vaccinated. And that’s only data from the United States….what if we were to include worldwide data? 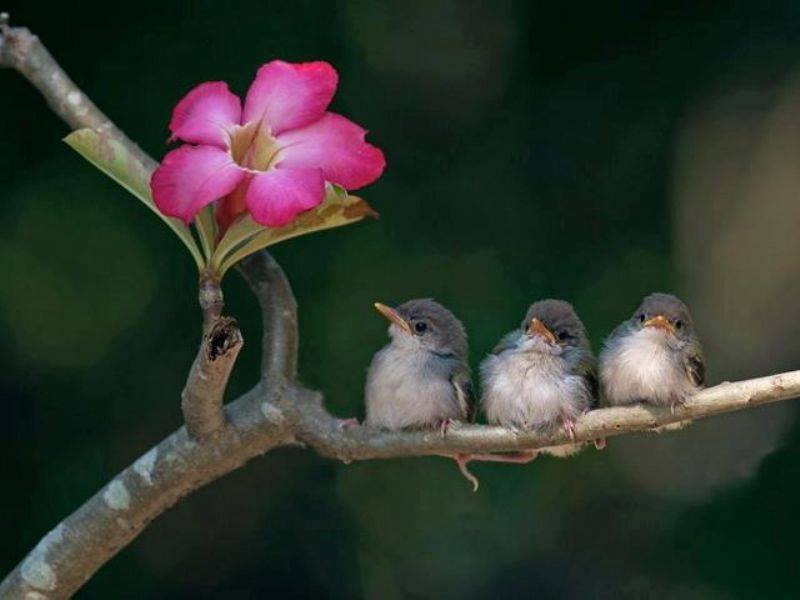 If this figure is too startling or shocking for you to swallow, consider an ultra-conservative figure that states that 10% of adverse vaccine events are reported. Even with that figure, we can be sure that about 780 infants are poisoned to death every year.

When one child is murdered by a violent person, as a culture, we put forth the maximum amount of anger, hatred, and punishment towards such a sick person. We all know in our hearts that children need to be honored, cherished and protected from harm. We are united as a culture in the belief that hurting children is bad, and wrong.

However, when there is documented evidence that proves, beyond any doubt, that hundreds, and likely thousands of infants, are murdered every year by vaccines, we consider it to be good public policy.

As a culture, we accept, tolerate, advocate, and make laws that promote the unlawful murder of thousands of infants because we have a belief system, and a public policy, that allows these children to be the “necessary” sacrifices of what is believed to be an unassailable system of vaccinations. The purpose of murdering perhaps several thousand infants per year is because we think that the good of the vaccine policy helps other children live and thus supposedly outweighs the known harm caused.

Do not volunteer your child anymore and allow them to be the next lamb of our hideous public policy, do not vaccinate your child!

The truth is, every child’s and every infant’s life is valuable. Every person on this planet counts and deserves the chance to live a healthy life. Since we have a public policy that allows for innocent children to be harmed, and at times murdered, then this policy must stop immediately.

This first argument against vaccinations has come to you allowing the broad assumption that vaccines work, and that the losses of human life are thus justifiable because many more lives are supposed to be saved by vaccine public policy.

Yet the belief that vaccines work, flies in the face of any reasonable scientific inquiry because there has never even been one. Expert vaccine researcher Dr. Philip Incao MD testified that, “Incredible as it sounds, such a common-sense controlled study comparing vaccinated to non-vaccinated children has never been done”

In simple English, we have no real, double blind scientific studies that show that any vaccination works as it is intended to work. In case you are wondering, normal vaccines are approved for use with only short-term studies, many times the studies are 30 days or less. It is hardly scientific to study the effects of vaccines for such a short term, when vaccines are designed to work for several years at a time. Thus, the long term effects, and the long term effectiveness of vaccines, have never been proven; let alone reasonably studied by the people who unconditionally believe in their good.

Because “Safety testing of many vaccines is limited and the data are unavailable for independent scrutiny”; in the year 2000, the Association of American Physicians and Surgeons passed a resolution calling for a moratorium on vaccine mandates. With such limited evidence, they stated that mandatory vaccination “is equivalent to human experimentation.” Unethical human experimentation was banned by the Nuremberg Code after the horrors of World War II were exposed (Nazi experiments on their prisoners).

Not only do vaccines not work, they actually cause diseases. According to the same US government Vaccine Adverse Events Reporting System, there were approximately 1400 serious events from vaccinations for people of all ages, per year, from 1991-1996. Serious events include: permanent disability, hospitalization, and life threatening illnesses. And we can know for sure, due to the low reporting of serious vaccine events, that the actual number of diseases caused by vaccinations is 10 – 100 times this number, meaning vaccines cause 14,000 – 140,000 serious events (diseases) per year. In some cases, such as with the Hepatitis B vaccine given to infants and children, the vaccine causes more harm and injury that the disease of Hepatitis B in infants and children.

At this point you might be wondering how it is that vaccines can cause so much destruction.

Why Vaccines Cause Diseases

Our body is equipped with an immune system. The immune system is not just helper cells and anti-bodies, we have several lines of defense against infection and illness. We have saliva that is full of germs, and we have skin to protect our organs. We have a liver and kidneys to cleanse our blood and excrete toxic waste. We have our lungs to take in fuel, and excrete the waste of cellular metabolism.

In order to make a vaccine, one needs to render the virus, or germ, ineffective and find a way to introduce it into the body. In order to make many batches of this virus for injection, the virus needs food to grow off of. To grow a vaccine virus, the virus is cultured on a variety of nutrient rich substances; like monkey kidney cells, aborted human fetuses, calf serum, guinea pig embryonic tissue, fetal tissue, and other foul things. Once you have this large batch of “disease,” and you can imagine how sick and putrid this mix is, you need to remove all the impurities and isolate the virus (or germ) that you want to inject into someone. Now isolating just the virus from this milieu is impossible. Yet we try anyway, we bleach and cleanse the serum and get mostly the virus, plus many contaminants. Now, when the body gets injected with this virus, it will immediately seek to repel it, especially since it is rare for a disease to be introduced into the body directly through the blood stream. Vaccine creators had to find ways to keep the altered virus or germ from being immediately repelled from the body, and this is one purpose of adjuvants, vaccine additives.

Every vaccine contains MSG as one such additive; other vaccine additives include, thimerosal which is mercury, antibiotics, anti-freeze and other poisonous and acidic compounds.

Now imagine your helpless infant. They hardly have an immune system as their bodies’ lines of defenses. Their organs are still growing and forming. It is our public policy to inject infants soon after birth, directly with a syringe full of foreign substances. The injection dosage is not carefully measured to be specific to the exact body weight of the infant, and the dose has never been independently screened to be free of contaminants. Immediately after the injection, the body goes into lifesaving procedures. If you have a healthy and robust child, you will be lucky to get away with a cold or flu-like symptoms, as your child’s body tries to excrete all of the impurities just injected through its organs of purification: such as the kidney’s, the liver, and the skin. If you have a less robust child, their body’s defense mechanisms can fail one after the next, especially after repeated injections. When the body’s internal purifiers fail, the blood-brain barrier becomes compromised; that is why a known side effect to vaccines is a high-pitched screaming. The screaming is the nervous system of an infant being damaged and breached as it was never meant to be. Many children are autistic because of vaccinations as the toxic poisons in the vaccines get lodged into places that can alter and affect the nervous system; including brain and spinal column development.

Dr. Albert Sabin, developer of the oral polio vaccine, has changed his vaccine position widely. In a 1995 lecture, he said, “Official data have shown that the large-scale vaccinations undertaken in the US have failed to obtain any significant improvement of the diseases against which they were supposed to provide protection.”

With this in mind, we have before us one of the most horrific, disturbing, and incompressible crimes ever committed. Each and every day, thousands of parents along with local and state governments, schools, doctors and politicians, allow this crime, and even promote this crime, as it continues to go unnoticed by the masses.

You may have heard of these supposedly great humanitarian organizations going into the third world and providing community service by vaccinating poor children against diseases. Given your new awareness about the lack of evidence of vaccine efficacy, you might wonder what these organizations are really doing? This is what the World Health Organization asked themselves in an internal review, after noticing that an AIDS epidemic seemed to follow where they were vaccinating.

Vaccines in the Third World

On May 11, 1987, The London Times, one of the world’s most respected newspapers, published an explosive article entitled ‘Smallpox Vaccine Triggered AIDS Virus’. The story suggested the smallpox eradication vaccine program sponsored by the World Health Organization was responsible for unleashing AIDS in Africa. Almost 100 million Africans living in central Africa were inoculated by the WHO (www.conspiracyplanet.com) .

In Dr. Campbell Douglas’s 1987 report titled ‘W.H.O Murdered Africa’ he writes that, “There is no question mark after the title of this article because the title is not a question. It’s a declarative statement.” (www.biblebelievers.org.au/who.htm)

Wangari Maathai, the first African woman to win Nobel Peace Prize claims, what is a common belief in some parts of Africa, that, “In fact it (the HIV virus) is created by a scientist for biological warfare.”

Kihura Nkuba spoke about Polio vaccine genocide in Uganda. “At the main hospital in Mbarara during that month of 1977 more than 600 children had died following polio vaccination. 600 children! So even some of the timid medical practitioners who were initially afraid to come out, started coming out giving information and saying ‘Oh, we knew this oral polio vaccine was trouble because as soon as the child receives it, they get a temperature and their health goes downhill and there is nothing that you could do.’” (www.whale.to/a/nkuba.htm)

You need to know why you have been led so far from the path of truth. You need to know that when you see media reports that promote the good of vaccines and their effectiveness, such as news or television reports, that these reports are completely fake and fabricated.

Some of the most powerful forces are at play, since they can easily and freely put manipulative and false material into the public’s eye.

If you want your child to be healthy and disease free, do not give them a polluted body. Do not violate the purity of your child’s blood.

Loving our children means not giving them vaccinations and it means that we need to inform other parents as well that vaccines are indeed shown and proven to be deadly.

Spread the word and do your part in ending this heinous crime.

“The greatest lie ever told is that vaccines are safe and effective,” and now you know why.

May you and your children experience peace and happiness beyond vaccines.

Learn more about vaccines and their harms from this free, well referenced resource that includes many detailed and specific vaccine links as well as references to many points made in this article.