What we discovered about ancient human this year 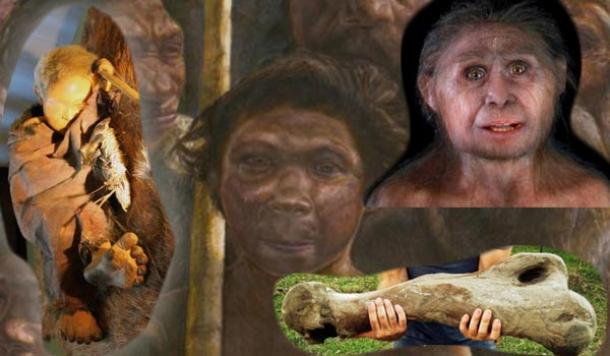 This year, huge strides were made in unravelling some of the mysteries of our ancient ancestors. For example, in the first ever analysis of a virtually complete Neanderthal genome, scientists were able to prove that rampant interbreeding occurred between Humans, Neanderthals and other species, resulting in an incredibly complex family tree.  However, other studies revealed that there is so much more about our ancestry that we still don’t know, such as several studies pointing to the possibility of a completely unknown ancient human lineage.  Here is a snap shot of some of the most significant studies to be made in 2013 relating to our ancient human origins.

In one of the most dramatic studies that have been seen in many years, scientists were able to extract DNA from a 50,000-year-old fossil that came from a Neanderthal woman found in a Siberian cave and piece together the Neanderthal genome to the same level of detail that has been achieved in modern day humans.  The results showed that ancient human species, including Neanderthals, Denisovans and Homo sapiens mated with each other, resulting in an incredibly complex family tree.  In fact, it was found that about 1.5 to 2.1 percent of the DNA of people with European ancestry can be traced to Neanderthals; proportions of Neanderthal DNA are higher among Asians and Native Americans, who also have small percentages of Denisovan DNA; six percent of the genome of Australian Aborigines and indigenous Papua New Guineans belong to the Denisovan species; and only 96 genes responsible for making proteins in cells are different between modern humans and Neanderthals.

This supports a unique finding made in a rock shelter in Lisbon, Portugal some years ago, in which archaeologists uncovered the bones of a four-year-old child, comprising the first complete Palaeolithic skeleton ever dug in Iberia. The significance of the discovery was that an analysis of the bones revealed that the child, who became known as ‘the Lapedo Child’, had the chin and lower arms of a human, but the jaw and build of a Neanderthal, suggesting that he was a hybrid, the result of interbreeding between the two species.

However, the study on the fossil found in the Siberian cave produced another totally unexpected finding – the Denisovans share up to 8 percent of their genome with a “super archaic” and totally unknown species that dates back around 1 million years.  It appears that the Denisovans bred with a mystery species from Asia – one that is neither human nor Neanderthal.  Traces of the unknown new genome were detected in two teeth and a finger bone of a Denisovan.  In fact, there have been several studies this year which have all pointed to the fact that there is unknown species in our family tree that is yet to be identified.

A landmark study this year revealed the oldest known human DNA ever to be found, dating back approximately 400,000 years – substantially older than the previous earliest human DNA from a 100,000-year-old Neanderthal.  It came from a hominin found in Sima de los Huesos, the “bone pit”, which is a cave site in Northern Spain. Initial analysis on the DNA revealed a complex and confusing interbreeding of species which took place in our ancient past.   The scientists were able to use novel techniques to extract the DNA and determined an almost complete mitochondrial genome sequence of a 400,000-year-old representative of the Homo genus. The researchers then compared the DNA with Neanderthals, Denisovans, and present-day humans, and found that the individual shared a common ancestor with the Denisovans, a relatively newfound relative of humans who are thought to have lived in the vast expanse from Siberia to Southeast Asia. This was unexpected since the skeletal remains carry Neanderthal-derived features. In addition, the fossil was uncovered in Europe and not eastern Asia where it was believed the Denisovans lived.  The investigators suggested that a currently unknown species brought Denisovan-like DNA into the Pit of Bones region, and possibly also to the Denisovans in Asia.

In yet another study pointing towards an unknown relative, an international team of scientists investigated the topic by examining the shape of a diverse range of dental fossils. Around 1,200 molars and premolars from 13 species or types of hominins (humans and human relatives and ancestors) were examined and results showed that none of the hominin species fit the expected profile of an ancestor of Neanderthals and modern humans.  The researchers also presented evidence that the lines that led to Neanderthals and modern humans diverged nearly 1 million years ago, and not 350,000 years ago as previous studies based on molecular evidence suggested.  It was found that none of the species that had been previously suggested as the last common ancestors of Neanderthals and Homo sapiens were a match, leading to the conclusion that another species existed that is yet to be discovered.

What we uncovered about our ancestors

Modern humans (Homo sapiens) are the only living member of the human lineage, Homo, which is thought to have arisen in Africa about 2 million years ago at the beginning of the Ice Age. But many other now-extinct human species were thought to once roam the planet, such as Homo habilis, Homo rudolfensis, Homo ergaster, and Homo erectus. However, in a dramatic discovery made this year, scientists have suggests that these early human ancestors many not have been multiple human species at all, but instead variants of a single species. The evidence comes from a skull found in Dmanisi, Georgia, the 5th skull to be discovered in the region. All the other skulls were found in the same location and date from the same time period (suggesting the same species), but looked quite different from each other.  Until now it was believed that different characteristics among the Homo fossils, including those from Homo habilis, Homo rudolfensis and Homo erectus, showed they were distinct, different species.  However, this research suggests the individuals belonged to the same species – according to the researchers, the differences between the Dmanisi fossils are no more pronounced than those between five modern humans.  If this is the case, researchers will be forced to rewrite the classification system for early human ancestors.

What we discovered about hobbits

In 2003, the remains of an early human species, Homo floresiensis, were discovered on the island of Flores in Indonesia and were dated to have lived between 95,000 and 17,000 years ago.  Nicknamed ‘hobbit’ for its small stature (approximately 3 feet 6 inches tall) and large feet, Homo floresiensis has been the subject of much debate and intense research to determine whether they represent a species distinct from modern humans, or whether the remains belonged to a modern human (Homo sapien) with a disorder such as microcephalia, a condition characterized by a small head, short stature and some mental retardation.  This year, research using 3D comparative analysis confirmed that the Hobbit was indeed a distinct Homo species, but looked more like ‘us’ than previously realised.

What we learned about Neanderthals

This year, researchers found evidence in a collapsed rock shelter in Italy that Neanderthals kept organised and tidy homes with separate spaces for preparing food, sleeping, making tools and socialising.  A new study also suggested that Neanderthals may have passed on their tool-making skills to modern humans.  Dutch scientists discovered 50,000-year-old tools made from deer ribs in south-west France, which were believed to signify the transmission of knowledge and skill from Neanderthals to modern humans, as they are similar to others found at sites occupied by early modern humans at a later stage.

In a recent study, researchers found evidence in a cave in France that Neanderthals intentionally buried their dead.  The individual had been carefully placed in a grave and great care had been taken to protect his body from scavengers.  Other studies revealed that Neanderthals were capable of a form of modern language and speech.

The discoveries add to growing evidence that Neanderthals, once viewed as dim-witted and primitive, had a high level of technological ability and had intelligence and culture that was in fact on par with modern humans.

Human Origins in the Americas

Scientists made an incredible discovery in a streambed in southern Uruguay – a set of 30,000-year-old fossilised animals which show distinctive marks left by human tools.  The immense significance of the discovery is that mainstream archaeology says that humans began arriving in the Americas between 13,000 and 15,000 years ago, and the Clovis people of North and Central America are generally considered the “first Americans.”  But these results show that humans inhabited the Americas at least 15,000 years before previously thought.

In another finding, the DNA of a young boy found in eastern Siberia may hold the key to unravelling the mystery of where Native Americans originated.  The 24,000 year-old remains revealed two major surprises for anthropologists when they completed an analysis of his genome. The remains of the boy, aged 3 to 4 years old, were found buried at Mal’ta near Lake Baikal in eastern Siberia.  The team discovered that the boy’s DNA matched that of Western Europeans, showing that during the last Ice Age people from Europe reached much further east across Eurasia than previously believed. Incredulous at the results, they decided to test the DNA of an adult who died 17,000 years ago, found at a second Siberian grave site – they found the same markers of European origin.  The results indicated that Europeans occupied Siberia during the Last Glacial Maximum approximately 20,000 years ago. But that was not all. The results also showed that a quarter of the boy’s DNA matched that of living Native Americans.  Until now it was believed that Native Americans descended from East Asians in Siberia. Now it seems that they descended from a mixture of Western Europeans who had reached Siberia and the East Asian population. A European contribution to Native American ancestry could explain two longstanding mysteries about their origins. One is that many ancient Native American skulls, including that of the well-known Kennewick man, look very different from those of the present day population. Another is that one of the five mitochondrial DNA lineages found in Native Americans, the lineage known as X, also occurs in Europeans.

While huge progress is being made on a daily basis, scientists have a long way to go in resolving discrepancies in the fossil record.  The studies cited above have added amazing insights into our past but have also shown how much we still don’t know. Let’s see what 2014 will bring…