What are we Looking for? 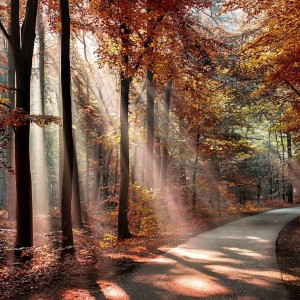 What are we looking at?

To understand one truth is to understand all truth–God cannot be usurped, avoided, altered or overcome by man or any other being existing on the face of the earth. And thus, surrender to the will of God is not the highest pathway to ascension, it’s the only way. This is why Yeshua was delivered and sacrificed, reborn and ascended.

Thus, rebellion in any form, no matter how advanced, well armed or higher intellectually planned, will fail. As force is futile. And anything not truly of the will of God, disappears for it is but illusion.

The cabal is but an illusion. Just like ISIL, ISIL, DAESH, and the radical Islamic State… there is no such thing… it’s all manufactured by a few hidden families desiring to control humanity using constant campaigns of fear, death, war, and terror.

Their reality is not reality. Rather, a series of emotional constructs whereby your divine reality is replaced by one of sin and despair. This is what is now being revealed as complete nonsense and utter illusion… their fantasy of evil, scarcity and fear has no divine origin, and thus, has no divine ability to sustain its intended goal–enslavement.

Poof, gone. No more. Even after 13 millennia. In but the blink of God’s Eye watching all, not Horus.

God has allowed this rebellion against Him to demonstrate that rebellion is never a long-term strategy, but merely a child-like temper tantrum against an omnipotent parent. And this is what the cabal has just failed to accept over centuries, as their entire mission has been to replace themselves as the “God of Humanity” which simply can never be. How exhausting it must have been to attempt to fool the entire world without rest or pause?

This is why the cabal insists on making us so dependent on government for our happiness, income and protection. To rely on them with all of our heart and soul as to keep us from the truth, God’s love is our source, not man, and certainly not them.

Yet they continue to insist we rely on them versus Him–which can never be, and now, never will again. Yet even in the face of absolute destruction, they continue to promote their grand lie. As a result, those who refuse to surrender are simply dying with the con… lovingly and personal choice.

This is what is happening now. The truth of God is being rapidly being restored because God has decided it so. And the lies of man are being revealed to us now without relent, as old enslavement architectures erode across every corner of His earth, on every continent, with every man made organization/government/entity and structure losing the hearts and souls of their populations.

Nobody is buying what any cabal minion is selling anymore. And it’s now so obvious where everyone’s allegiance rests… God or not God.

Because the truth never lies, nor is ever false, and thus never what is real.

This makes war, corruption and usury but futile temporary instruments of a control, whereby the overall mechanism of deceit is now openly appearing desperate to maintain some semblance of togetherness, as their beloved power structure fades into oblivion. And there’s absolutely nothing they can do to stop God, reverse God, nor overcome God.

The cabal had their time to explore the possibilities of rebellion, which they did, and now that period of human experience has ended.

The only option for humanity now is love and abidance, kindness and peace, benevolence and truth. This is how mankind will now experience the future, and with a reconnection to our universal brothers and sisters who have waited patiently for our vibration to rise higher enough for re-contact.

The lie that is the European Union is dissolved, will collapse. As will it’s fiat currency (Euro) and public leadership. This is our reality.

The lie that is the United States, Inc. Corporation is dissolved, and will collapse. As will it’s fiat currency (USD) and public leadership. This is our reality.

In sovereign nations such as Venezuela, India, Columbia, Hungary, Serbia, Philippines, Iraq, Turkey and Greece we are witnessing similar nation/state unravelings as the once mighty are made small before becoming utterly irrelevant–thus disappearing forever.

Even the cabal’s sacred cradle of power, their genetic homeland, Ukraine, is right now being reduced to economic and energetic rubble, that no consortium of political or humanitarian propaganda can save from death before the end of winter.

Militarily, politically, diplomatically and financially the existential chessmatch has ended in favor of God–as it should, as it must–and the lessons learned from overcoming evil will be embedded on our collective and individual soul memory. Good triumphs over evil. Truth prevails over lies. Love conquers fear.

I could offer you links, but instead simply seek out information with renewed ease about the GCR/RV/GESARA from a top down approach versus scrambling from a bottom up understanding. As you are the new kinds and queens of the earth–the chosen ones–the human angels placed here at this time to restore and redeem the earth.

Just as Yeshua first did over two thousand years ago when He arrived under the Harvest Moon in the third week of August. Allow this annual death mass for Christ to pass once and for all–as the winter cold is a time to contemplate death not life, and certainly not the life of Savior of the Earth.

So exhale. Know that the beast has been killed. The cabal’s rule has ended. And you are protected Child of Israel… free by the grace and mercy of a loving God, here on Earth as in Heaven. Sobeit.

Love is God.
God is All.
All is Love.