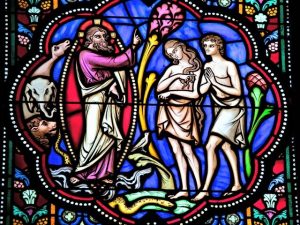 ROME — People’s “gender identity” is given to them by God and is directly tied to their biological sex, the Vatican has declared in a major catechetical text published this week.

A fundamental problem with modern gender theory is that it denies a core biblical truth, namely that God creates human beings “male and female,” states the new, 300-page Directory for Catechesis published by the Pontifical Council for Promoting the New Evangelization.

“Gender identity, according to this position, is no longer an original fact that the person must embrace and fill with meaning, but a social construction that is decided independently, totally detached from biological sex,” the document warns.

A sound anthropology is based on a recognition of the truth of human nature, the text insists, which is not the product of human will but of divine creation.

In modern gender theory, the person “denies his nature and decides that he creates it himself,” the text continues. “According to the biblical account of creation, however, man was created by God as male and female.”

This does not negate real psychological problems of gender dysphoria, the Vatican acknowledges, but these issues should not lead to a denial of human nature.

“The Church is well aware of the complexity of personal situations that are lived sometimes in a conflictive way,” the document states. “She does not judge people, but offers to accompany them always and in any situation.”

“Nonetheless, she is aware that, from a perspective of faith, sexuality is not only a physical fact, but a personal reality, a value entrusted to the responsibility of the person,” the Vatican declares. “In this way, sexual identity and existential experience must be a response to God’s original call.”

The new Directory echoes the sharp criticism of gender theory voiced by Pope Francis over the years, which has earned him the derision of many LGBT activists.

In 2016, the pope published a lengthy teaching text on marriage and the family called The Joy of Love (Amoris Laetitia) in which he underscored the unique value of motherhood and fatherhood, neither of which is dispensable or replaceable with a unisex version of “parent.”

In that document, Francis slammed gender theory for its denial of “the difference and reciprocity in nature of a man and a woman,” and for its dream of “a society without sexual differences.”

“An appreciation of our body as male or female,” he said, is “necessary for our own self-awareness in an encounter with others different from ourselves.” Efforts to cancel out sexual differences based in anatomy are a symptom of a sick society that “no longer knows how to deal” with sexual differentiation, he wrote.

The following year the pope issued a similar condemnation, denouncing what he called the “unisex utopia” of the LGBT lobby.
~Braibart News