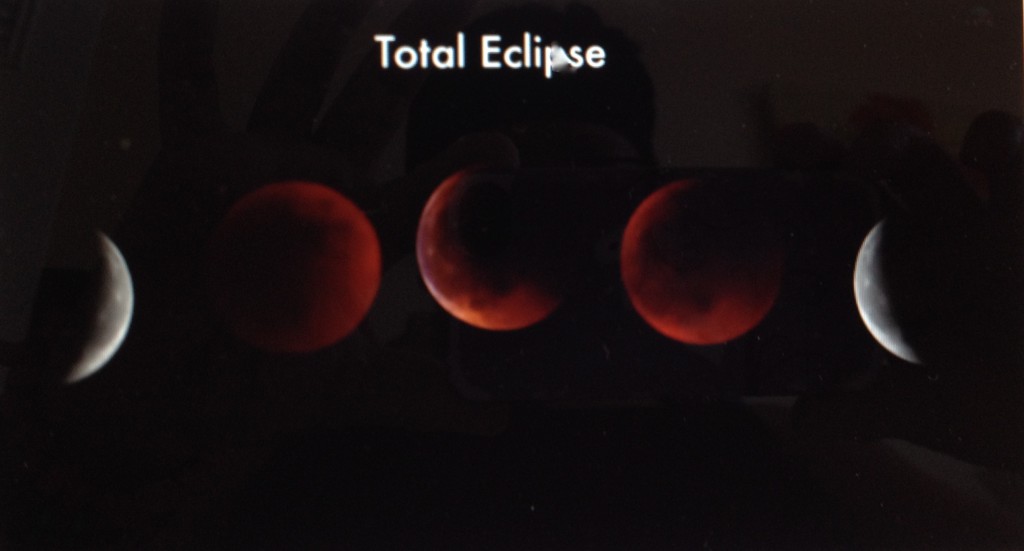 Late Monday night, the moon is going to bleed in a crimson hue as the night sky attempts to swallow it whole. At least, that was the 16th-century interpretation of a total lunar eclipse. Those in North and South America are in for a treat.

For those of us here in the United States, a pretty stellar — and lunar — year of eclipse watching is about to kick off. It begins late Monday night when the full moon passes into Earth’s reddish-orange shadow, creating a disappearing blood-moon effect that’s enough to make you think you’ve been transported into Westeros and a long winter has finally arrived.

This week’s full-blown eclipse is just one of four we’ll see in the coming months — the night will also appear to swallow the moon on October 8 of this year and April 4 and September 28 of 2015. This grouping is called a tetrad, and it’s a particularly rare tetrad because there’s a good chance that all four events will be visible from most locations in the United States, according to NASA. This will be one of just nine tetrads to occur in the 21st century. In the past, though, we’ve gone as long as three centuries with no tetrads, so it’s a good time to be an eclipse fan.

The eclipse will begin Monday night at 11 p.m. on the West Coast or 2 a.m. Eastern. (It’ll also be visible from South America.) An hour later, the moon should be fully in the umbral shadow of Earth, which projects a reddish glow on to our lone satellite. This happens because our planet doesn’t exactly block all the sun’s light from reaching the moon and being reflected back to us.

To paraphrase the NASA video below, think of the reddish hue of the eclipsed moon as the light of every sunrise and sunset occurring on Earth at that moment — the little bits of the sun’s glow that are seeping around the edge of Earth’s obstructive disc and making their way to the moon.

The red phase of the moon should last for about 78 minutes according to NASA, so get ready for a late night, and tweet your best eclipse pics at me, @ericcmack, and@crave.

If your local forecast calls for cloudy skies or you don’t happen to be in North or South America, you can still catch the eclipse online.