TOP THINGS THE POLICE DON’T WANT YOU TO KNOW

Did you know that if you sue for false arrest (or false imprisonment), the arrest is presumed to be false?

Did you know that all you need to prove is that the arrest occurred, and then the burden is on the officer to prove that it wasn’t false?

Did you know that for an imprisonment, all you need is to show that you were “restrained of your liberty by words and acts which you feared to disregard”?

Did you know that a car stop counts as an arrest and an imprisonment? 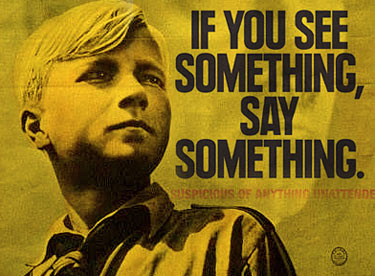 Did you know that if an officer says he has a warrant for your arrest, you can demand to see the warrant AND the supporting affidavit, and if he arrests you without producing them, it’s a false arrest?

Did you know that the police routinely ignore and violate this law?

Did you know that “sovereign immunity” only covers “discretionary” acts (where the officer has a choice about what to do) but does not cover “ministerial” acts such as executing an arrest warrant?

Do you understand that an officer is personally liable for any misdeeds during a warrant arrest?

Did you know that sovereign immunity does not cover an officer AT ALL if he breaks the law?

Did you know that many court documents are “signed” with a rubber stamp?

Did you know that many clerks and attorneys have these stamps with a judge’s signature?
How do you know the warrant wasn’t stamped by a clerk or attorney?
How can a rubber-stamp signature on a warrant POSSIBLY be legal?

Did you know that you can ask an officer for his business card and ID, and if he doesn’t comply, he’s out of uniform?

Did you know you have the right to resist a false arrest with as much force as necessary?

Did you know that if an officer misbehaves, you can complain to Risk Management?
Did you know that the Federal Pure Food, Drug and Cosmetics Act (that set up the FDA) makes it illegal for anyone but a licensed physician to operate a breathalyzer?

Did you know that if an officer asks you a question, you have the right to ignore him and keep walking?

Are you a “Special Agent” ?

Are there any “General Agents” in the FBI?

Did you swear an “Oath of Office” ?

Please show me a copy of it. If you violate your Oath of Office, what are the consequences to you? How are those consequences enforced? Do I have to complain to your superiors, or sue you, or what? What is the name of your superior? What is your badge number? Are you authorized to use an alias? How can I serve process on you if I don’t know your real name?

When you took office, did you file a bond? Is there any liability insurance to cover damage that you cause while on duty?

Please show me a copy of the insurance policy.

Is it true that if you arrest me, and I sue you for false arrest (also false imprisonment, assault, battery, and kidnapping), the only thing I need to prove is that an arrest occurred, and then the burden is on you to show that it wasn’t false? Would I sue you in State or Federal court? Why? Is it true that “imprisonment” includes “restraining me of my liberty by words and acts which I fear to disregard” ? Is it true that you can conduct a warrantless arrest only if you witness a felony or a breach of the peace, the same as any citizen? Please show me documentation of any other powers of arrest.

Is it true that Congress technically ceased to exist during the Civil War, by adjourning “sine die” (“without day”)? Is this the reason that Congress has not used the Constitutionally mandated procedure for admitting any States to the Union since 1859?

Are there geographical limits to your authority? Please show me documentation of those limits. Are you authorized to operate in one of the 10 Federal “Regions” ? What is the Constitutional authority for the Nixon-era creation of those “Regions” ? How can the Federal government create “Regions” if it is forbidden to create States? Was it done through emergency or martial-law powers? Isn’t “Region” a military word?

Do you have any reason to believe that any of us are engaging in interstate commerce?

Do you know Lon Horiuchi, who shot Vicki Weaver while she was holding a baby in her arms (in the infamous Ruby Ridge incident), all over a shotgun that was a quarter of an inch too short? Do you know the agent who shot 14-year-old Sammy Weaver in the back as he tried to run home?

Did you have any part in the Waco massacre (in which the FBI used CS gas and its flammable propellant, in a surprise attack with no element of surprise)? Isn’t CS gas illegal to use in war? Did you help destroy evidence from Waco? Is it true that the U.S. Marshals Service falsely claimed a possible drug problem with the Weavers at Ruby Ridge in order to get military reconnaissance flights over the cabin? (and the “hot spot” from the alleged drug lab turned out to be a doghouse?) And that the bureau of Alcohol, Tobacco and Firearms invented a phony drug nexus at Waco in order to obtain massive assistance from the U.S. Army, the Texas National Guard, and the Alabama National Guard? Is it true that civilian agencies routinely obtain free military support by lying about drugs, and because there is no sanction for lying, obvious falsehoods are accepted by the military as a pretext for intervention? Is it true that the infamous FBI Hostage Rescue Team has spent considerable time in recent years holding hostages and has not even attempted to rescue a hostage for several years? Why are there 56 FBI SWAT teams and what’s that got to do with investigation?

Is it true that almost the entire Waco operation, not only 2/28 but the siege, had been improperly financed from money that law enforcement was supposed to use only in the war on drugs?

Have you had any military training? Are you connected in any way to military intelligence? How come you’re not covered by the Posse Comitatus Act of 1878, which was passed to outlaw the use of federal troops for civilian law enforcement and which made it a felony to willfully use “any part of the Army . . . to execute the laws” ?

Is it true that during the 1930s J. Edgar Hoover, director of the Federal Bureau of Investigation, falsely told the American people that an unprecedented wave of child kidnappings was in progress, and the FBI was rewarded with substantial attention and funding, and in the 1980s a very different FBI earned itself more funding by putting out phony claims about a wave of serial killers of children?

Is it really a federal crime to transport artificial teeth into a state without the approval of a local licensed dentist, with penalty of up to one year in prison? Is this the sort of thing we pay the FBI to investigate?

Is it true that the federal courts have virtually taken over such vital state functions as the operation of prisons and mental hospitals? And that by 1993, the federal courts operated 80 percent of all state prison systems in America? Is it true that federal judges determine virtually every detail of these prisons, including standards for food and clothing, grievance procedures, and cell space per convict? Is it true that these prisons are run by private corporations for profit?

TOP THINGS THE BANKS DON’T WANT YOU TO KNOW

Did you know that the FDIC doesn’t really insure bank accounts?

Did you know that when a bank goes under and is taken over by the FDIC, instead of paying the $100,000, the FDIC just pays its own people to come into the bank and divvy up what’s left of the bank’s assets? (This comes from a woman who once worked as a temp for the FDIC. Her job was to talk on the phone to the angry depositors and explain this to them.)

Did you know that a bank cannot legally require a fingerprint as a condition of cashing a check?
According to UCC 3-501(b)(2), they can only require you to:
Exhibit the instrument (i.e. you show them the check)
Give reasonable identification, and evidence of your authority if you are cashing the check on behalf of someone else.

Sign the check, and make a written receipt for partial payment, or the surrender of the check upon full payment (i.e. you let them keep the check) They write the brochures to say that they “ask” for a fingerprint (not “demand” as a condition of payment).

Their excuse for the fingerprint is “reasonable identification.” So if you can get them to agree that your picture ID is reasonable identification, they have NO LAWFUL EXCUSE for refusing to pay the check just because you don’t give them a fingerprint! In this case they have “dishonored” the check and you can proceed exactly as you would if they blatantly, and for no reason, refused to pay. Contact us for ideas on how to use the fingerprint issue.

Did you know that if you write “Without Recourse” below your endorsement or signature that the bank can not take any action against you for any reason!

Did you know that banks do not loan their own assets, nor the assets of their depositors?
Do you realize this means they do NOT loan money, but instead, there is an exchange of credit for credit, in which interest is charged on one side, but not the other?
If the borrower walks away with cash (which has value in the form of “purchasing power”), but the bank didn’t loan any of its assets, isn’t it obvious that the “purchasing power” must have come from SOMEWHERE?

Did you know that when a bank makes a “loan,” the money supply (M1) expands — in other words, the volume of currency in circulation increases?

Did you know that the value of the Federal Reserve Note “dollar” depends on the size of the money supply via the law of “supply and demand” — in other words, the more FRNs there are, the less they are worth?

Do you realize that this means the “value,” or “purchasing power,” loaned by the bank is essentially STOLEN from the public via the mechanism of inflation? Contact us for ideas on how to use the “Theft by Inflation” issue

1. Always Pursue Truth – unless something better comes along.
2.  There is No Deception so great as– Self-deception, see # 1.

Never talk to a Police video