The Corruption in the Military Industrial Complex 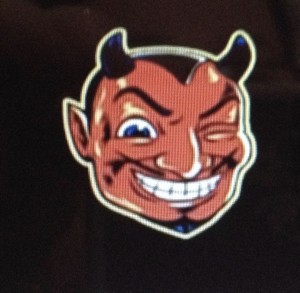 Being accused by Colonel W. Patrick Lang of “damn near destroy[ing]the DIA.” Withholding information from lawmakers and not having a good reputation in the intelligence committees for being orostraightforward and actively forthcoming. Lying under oath in 2013. Receiving the Rosemary Award for having the worst open-government performance of 2013. Being derided as “another old hack in a job without teeth” by the global intelligence organization Stratfor and describing Egypt’s Muslim Brotherhood as “largely secular.”

Underestimating the war in Syria while also underestimating ISIS and overestimating the fighting capability of the Iraqi army. Stating that changes to the Benghazi reports were not made for political reasons, and that there was “no attempt to mislead the American people about what happened in Benghazi.” Having US senators remove a section of an intelligence bill requiring the White House to disclose information on “noncombatant civilians” killed by US drone strikes overseas.

Lying to Congress by asserting that Julian Assange has been indicted for a sex-crime and falsely claiming under oath that there was no release of Republican data during the 2016 presidential elections. Clapper also has contended that he played in integral role in reporting on the presence of WMD’s in Iraq, stating that “my fingerprints were on that national intelligence estimate, I was in the community then” as well as his involvement in the manipulation of military intelligence reports.

However, there is one aspect of Clapper’s history that has not received as much media coverage: his involvement with private intelligence contractors at the heart of corruption and inefficient defense policy.

James Clapper, who served as the Director of National Intelligence (DNI) from August 9, 2010 – January 20, 2017, was appointed by President Barack Obama to succeed Bush appointee Mike McConnell. While both men were appointed to their position by Presidents from opposing parties, both have one thing in common: Booz Allen Hamilton.

In 2010, during his nomination hearing, Clapper was asked about the close relationship between the federal government and contractors. Clapper responded by defending the private sector’s role, stating: “I worked as a contractor for six years myself, so I think I have a good understanding of the contribution that they have made and will continue to make.”

In fact, the relationship between the federal government and Booz Allen Hamilton is so close that as Bloomberg noted, one could: “Name a retired senior official from the NSA or the CIA or the various military intelligence branches, and there’s a good chance he works for a contractor—most likely Booz Allen. Name a senior intelligence official serving in the government, and there’s a good chance he used to work for Booz Allen.”

What is the significance of this? As reported in September of 2016, “For the first time since spy agencies began outsourcing their core analytic and operational work in the late 1990s, the bulk of the contracted work goes to a handful of companies: Leidos, Booz Allen Hamilton, CSRA, SAIC, and CACI International.” In other words, there is almost a complete monopoly on defense contracting in the U.S.. There is a club, and only former government employees are able to join it.

Throughout Clapper’s tenure as Director of National Intelligence, Booz Allen Hamilton has had a series of problems in maintaining the intelligence secrets of the U.S. government.

In 2011, the hacking collective, Anonymous, broke into a server operated by Booz Allen Hamilton, disclosing log-in credentials including 90,000 military email addresses and passwords. This information contained the login information for personnel from CENTCOM, SOCOM, the Marine Corps, Air Force facilities, Department of Homeland Security, Department of State, as well as other private sector contractors. According to Anonymous, Booz Allen Hamilton, despite working with federal government on defense matters, lacks security. Anonymous targeted Booz Allen Hamilton due to the company’s involvement in the controversial SWIFT surveillance program. The Privacy Commission of Belgium, where the SWIFT program is headquartered, declared that the surveillance was a violation of European privacy laws.

In February 2012, the Air Force proposed the debarment of the Booz Allen office in San Antonio, Texas, along with five of its employees, after a senior associate allegedly shared protected, non-public information regarding information technology support services contact that would have given Booz Allen an unfair competitive advantage. The Air Force agreed to lift their suspension of Booz Allen after the company agreed to pay the Air Force a $65,000 penalty.

In 2013, Edward Snowden stole a significant amount of data from Booz Allen Hamilton before passing it to Wikileaks. These leaks showed the massive government surveillance being conducted by the NSA, in violation of American’s Fourth Amendment Rights. However, one important detail that was vaguely mentioned was that Edward Snowden was and employee of Booz Allen Hamilton. More importantly, Snowden was an employee for Booz Allen for less than three months. While the information provided by Snowden has been extremely beneficial to the American people, it should be concerning to all Americans that an employee can pass a federal background check, and leak highly classified information to the public after being employed for three months. In fact, as reported by Reuters, hiring screeners at Booz Allen Hamilton found possible discrepancies in Snowden’s resume, but the company still chose to employ him. This raises questions of how competent these contracting agencies are in performing simple background checks.

However, despite the “Snowden leaks”, the company would continue to win government contracts, as months later, Booz Allen would become one of 16 other companies to win a $6 billion contract, becoming one of the largest unclassified cybersecurity agreements in U.S. history. Some of the most notable contracts awarded to Booze Allen in 2013 included:

June 21, 2013: $25.8 million award from the U.S. Department of Transportation (USDOT) to provide program and technical support to the Federal Highway Administration (FHWA) Office of Policy in coordination and management of its policy research and assessment.

Booz Allen Hamilton would continue to be awarded many notable contracts throughout 2013.

In August 2013, when asked how Booz Allen is able to continue to be awarded such high profile contracts, Joe Newman, communications director for the watchdog group Project on Government Oversight, responded: “When you start talking about these contractors at the top of the list, a lot of times they’re what we call ‘too big to suspend or debar. Their tentacles are so deep in the government that it’s very hard for the government to punish them.”

Newman went on to state that firms such as Booz Allen have a personal advantage, in that they not only spend millions on lobbying, but that, “Former executives of Booz Allen are in government, and people in government have gone into Booz Allen’s payroll; they know each other—they look out for their friends.”

In October 2016, it was reported that another employee of Booz Allen was found to be in unauthorized possession of Top Secret information. Harold T. Martin III, who worked as a contractor to the NSA through the consulting firm Booz Allen Hamilton, was found to be in possession of approximately 50,000 gigabytes, enough to store 500 million documents containing images and text. This information ranged from 1996 to 2016, and included a document regarding specific operational plans against a known enemy of the United States and its allies. The Justice Department disclosed that these documents included the names of covert intelligence officers were among the pilfered data.

However, despite the arrest of a former employee in possession of Top Secret information, Booz Allen profit margins would not be hurt. In fact, despite this arrest, Booz Allen’s stock hit historic highs since it went public in 2010. Booz Allen’s stock would be upgraded from “neutral” to a “buy” rating, increasing the value from $33 to $41.

Booz Allen also acts as a subsidiary for a larger holding company with controversial connections to international private equity group which has troubling ties to figures linked to terrorism and oppressive regimes. In May 2008, Booz Allen Hamilton was purchased by the Carlyle Group. In 2010, the same year that James Clapper was appointed Director of National Intelligence, Booz Allen Hamilton went public. By 2013 the Carlyle Group owned 95.66 million shares, around 69% of company, which was valued at about $1.66 billion.

The Carlyle Group is a global alternative asset manager with $162 billion of assets under management across 287 investment vehicles.

On October 31st, 2001, The Guardian reported that the family of Al-Qaeda leader Osama bin Laden was listed as one of the firm’s multi-million dollar investors. The Bin Laden family is reported to have been invested in the Carlyle Group for six years. In fact, as a member of the board, former President George H.W. Bush is also reported to have visited the Bin Laden family in Saudi Arabia twice on the firm’s behalf.

On January 8th, 2011, ABC News reported that Egyptian President Hosni Mubarak, considered by many to be an oppressive dictator, was using tear gas in order to disperse crowds of protestors. However, these tear gas canisters were labeled “Made in U.S.A.” and were being produced by Combined Systems International of Jamestown, Pennsylvania. Combined Systems International is partially owned by Point Lookout Capital and the Carlye Group.

In 2012, the relationship between the Carlyle Group and the Middle East was further revealed with the release of the Global Intelligence Files by Wikileaks. According to an email from September 19, 2007, David Marchick, former Deputy United States Assistant Secretary of State who served in the Clinton Administration, represented the Carlyle Group in a sale of aviation assets to Dubai Aerospace Enterprise, in the United Arab Emirates.

In 2016, after the release of the Panama Papers, the identity of another major investor in the Carlyle Group was brought to light. This investor was none other than billionaire George Soros. According to the Panama Papers, it was revealed that Soros Capital set up an offshore company in the Cayman Islands for the purpose of investing private equity with the Carlyle Group. Soros has spent hundreds of millions to support various anti-government movements, including the Women’s March, the People’s Climate March, the Tax Day protests and far left Berkeley protest group Refuse Fascism. The ACLU also began actively organizing and training protest movements just one month after Soros sank $35 million into the group. On May 26th, 2017, Disobedient Media reported that Soros was also supporting groups who were using the net neutrality movement as a means of promoting censorship of alternative and conservative media outlets.

James Clapper’s close affiliation with a defense industry riddled with corruption and firms who have specifically affiliated with figures who openly engage in hostile behavior towards the United States severely calls his credibility into question given the central role he has played in informing the U.S. government and public on matters pertaining to the current administration. Clapper has in the past disingenuously tried to claim that the Russian government intervened in the 2016 U.S. presidential elections, while also admitting that there was no evidence of Russia affecting the vote tallies in any U.S. states. Given the current U.S. president’s public commitment to cutting back on fraud, corruption and waste in all sectors of the U.S. government, the professional ties of those speaking as authorities on American political issues are of high importance. Clapper’s indicate that they incentivize him to defend harmful and unethical practices, and will influence him to mislead rather than speak truthfully to the American people.