The Celestial Month of October: Libra 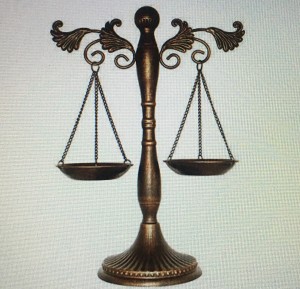 We read in the month of September, that Virgo represents nature/material. In truth, Virgo is the womb of Maya. Maya is a supernatural power where gods and demons creates illusions. Virgo stands for involution, that is the indrawing of forces.

“Virgo is a symbol of primordial matter, astral and physical, in which the world-soul is conceived in the period of involution, and from which it is brought forth into the manifest existence of the involutionary Cycle.” ~quote

Involution depends on evolution. This means that nature does all that she can for the creation continues on regardless of circumstances. She is a scavenger of the highest authority. She must collect; gather all materials for her to work with; to build upon. To bring life forward; to bring forward the renewing of the Creation after the activities of death. Nature, and like the Phenix, always rises from its own ashes anew. And so does the Universal Christ.

On the 22nd of September 2021, we had the Fall Equinox. That is when AmonRa= Ra= the Sun God takes a long journey to the Deep South of the earth’s Equator. Meaning that, while the Sun is transiting Libra, that is a sign rule by Venus, he is in Fall. Many ancients call the Deep South= Southern hemisphere, the underworld or the Duat, due to being dark and cold. During this time, the days and nights are everywhere equal, and on the Northern Hemisphere, we have the Fall Season, which means vegetation seems to look yellowish- looking, as if something is dying. It is dying because the sunlight went dimmer. Meaning, nature does not have sufficient energy to work with. The Sun left her due the waste/indulgence of the vital energy within the human body; do to humanity perversions as those of greed. The most obvious, greed for money, sex, and ingesting unhealthy substances. The Sun did not want nothing to do with this, and he took a rest to recharge himself. To understand this, we have to think that the sun is= to energy. The Sun Light= energy= power= consciousness= life. The Sun is spirit Himself. The Sun is The Christ Himself. The Sun is the Ancient of Days. The most High, as old texts described. The Fall season is known as the Harvesting time. This is in reference to nature that is gathering all her forces; all her moods so she can bring forth the new Creation in the Spring Season= Easter.

According to the gods, money for example, is a healthy brain full of the right substance. The right substance is THE BREAD OF LIFE. Mind depends on how we use our energy, and what we ingest. Money is a word derived from the word, mind. And interesting as well, the word coin in ancient time was call Spike. “It is because of this meaning that the star in the Wheat Spike held in the hand of the Virgen Virgo, was named Spica. Spica represents THE BREAD OF LIFE. Mind functions through the brain. Further, a Spike is used as a fastener= to Hold Together. Silica, that is a mineral salt, actually perform this duty in man’s body and in nature. It also marks a limit or point of attainment.” ~quote. (( Stunning, is it not? ))

We all know that we are very POOR in substance, in fact we are very poor in all the meaning of the word. However, in this age and time that we are navigating through the year of 2021, we are in DEEP NEED of a currency that we can use as a form of exchange without prejudice. It is time for this be a reality. This would stop whoring ourselves, and slavery= human trafficking, struggles, homelessness, hunger, and greed, will stop. This humanity have had it with the tyranny, deception, and malfeasance coming from all angles by those in public affairs violating our trusts, and destroying our integrity, dignity, and health. We must regain our power. We must regain our sovereignty.

But let us move on.

So now during the Fall Season, and within the Libra sign that is govern by Venus as we said, we might expect some unusual movements. Venus is a bright star, and the ancients call her, Lucifer. Lucifer means, Light Bringer. She is the light bringer because she is the giver of life and the taker of life. The author associates her with the splendor and falls of Babylon.= the Babylonian empire= King/a tyrannical and self- idolizing power that is concerned with the evil ones from the Apocalypse. ~quote. And quote, “How art thou fallen from heaven, O Lucifer, son of the morning! how art thou cut down to the ground, which didst weaken the nations!” ~Isaiah 14:12. Babylon is derived from the same word as Babel= confusion, which means the Gate of the God IL. Libra is significant of the Fall Equinox, it is one of the four gates of God, in other words the two Equinoxes and the two Solstices. Important changes occurs in NATURE at these periods, and in the body of man are concerned with the most important organs. ~quote. Mars means energy, and Venus has to do with material. Their vibrations cross each other at the two points of the Equinoxes. They work together at closing the Circle of the year, and the Cycle of life at these two points.

Although the Fall Equinox is on the 22 of September, the sign of Libra do not begins until the last week of September= the 24. This means that the last week of September+ the first two weeks of October are of strong energy/cross vibrations for planet earth, and especially during this year of 2021: The last decan of Virgo is rule by the co-rulership of Venus; the middle decan is rule by the combine vibrations of Uranus and Saturn, and the last decan by the co-rulership of Mercury. So the Month of October seems like a RED October, energetically in 2021.

Libra  is the seventh sign, and the second of the air triplicity, Gemini being the first and Aquarius the third. Libra is the sign where the Lord rested the seventh day after working hard creating vital bodies for the creation to thrive. That seventh day of Rest is Sunday.= Sun- Day. The name Libra in Latin means pound. Pound is the unit of weight for the scales. A pair of scales is a glyph for this sign. We must analyze this number. ~quote

October means eight, and it is the eight month beginning with March, the Spring Equinox. Eight  is made up of 4 plus 4, or two squares. These two squares constitute the two weights in the scale pans. The idea of underlying the analysis of this sign is that of balance- equilibrium. In a cosmic sense, it is analogous to the two halves of the year. Physiologically it has to do with the kidneys, adrenal glands and bladder, which constitute the last of the vital organs and the first half or vital parts of the body. The seven months beginning with Aries constitute the Vital seven months of the year. The kidneys are situated in the middle portion of the body; and when the astrological decans are allocated with the vertebrae, one finds that they are the sixteenth, seventeenth, and eighteenth: also, that when the vertebrae are numbered, beginning with one at the top and ending with the thirty- third, the seventeen will be found to be the middle point of the spine. This number (17) fall exactly over the middle decan, and hence over the Balance point of the scales of Libra. As 17 totals 8, this checks with the two squares or weights in the scale pans. ~quote

“Libra, a symbol of the seventh period of the cycle of life, which is the first period of evolution on the astral plane. The first point of Libra represents the balance between involution and evolution, and the commencement of the evolution from homogeneity to heterogeneity of the many forms and quality. The process of Involution is commence when the sun manifests on the upper buddhi plane at the point symbolized by the first point in Aries; and, after the completion of the process in Virgo, the first point of Libra signifies the commencement of a new process of Evolution in which humanity is now taking part.

The zodiac is a symbol of the great cycle of life. As the sun passes through the six northern signs, the process of Involution of the qualities is accomplished; and, as it passes through the six southern signs, so Evolution will be completed, and the qualities and souls returned to God who emanated them.” Everything pertaining to the twelve zodiacal signs refers to the Anatomy of the Grand Man= the Universe and hence, by analogy, the body of man. The purpose of the study of Astrology then, is to consider the body of the Universe and the body of man. ~quote

God Almighty, Divine Mother, it is this year, is it not? Genius. Bring it on! Here We Are. We Are Ready. Blessings upon our Country and upon our people. America= the Light of the world. Amen. Amen. Amen