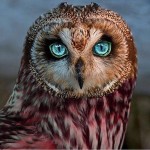 A cabal is a group of people united in some close design together, usually to promote their private views or interests in a church, state, or other community, often by intrigue, usually unbeknownst to persons outside their group. Cabals are sometimes secret societies composed of a few designing persons, and at other times are manifestations of emergent behavior in society or governance on the part of a community of persons who have well established public affiliation or kinship. The term can also be used to refer to the designs of such persons or to the practical consequences of their emergent behavior, and also holds a general meaning of intrigue and conspiracy. The use of this term usually carries strong connotations of shadowy corners, back rooms and insidious influence. The term is frequently used in conspiracy theories; some Masonic conspiracy theories describe Freemasonry as an internationalist secret cabal.

The list of knowing who is a member of the Cabal:

1. Anyone who attempts to disarm the people.

2. Anyone who subverts Natural Law in place of Statism.

3. Anyone who causes the incarceration of non-’violent activists or truth speakers.

4. Anyone attempting to make living off the land illegal.

5. Anyone who attempts to control what we put in our own bodies.

6. Anyone who attempts to silence speech, even if it “offends” someone.

7. Anyone who insists on or enables the use of fiat money and usury.

8. Anyone claiming they are separate and special from their fellow man.

9. Any judge or lawyer who enforces Admiralty Law.

10. Any police who use violence against peaceful people.

11. Anyone in mainstream media who fabricates a story or knowingly lies to the people.

12. Anyone in the education system who subverts parental rights.

13. Any medical personel who insist upon harmful chemical treatments.

14. Anyone in public service who pledges political allegiance to any entity or group outside the state, province or country of residence.

15. Anyone caught in vote tampering.

16. Anyone putting harmful ingredients in food, water or medicine.

17. Anyone involved in the privatisation or monopolization of the food industry.

18. Anyone polluting the air, land or water supply.

19. Anyone seeking to put an end to private property.

20. Anyone threatening the freedom of another based on non-violent speech alone.

21. Anyone who withholds free energy devices.

22. Anyone involved in chemtrailing.

23. Anyone who profits from war.

24. Anyone who uses their position of power to harm a child.

25. Anyone responsible for the cruelty to any animal.

27. Anyone who aids those who are occupying forces in another’s land.

28. Anyone who enables, protects or justifies pedophilia.

29. Anyone found guilty of covering up our real history.

30. Anyone using deception or omission to entice one into a contract.

31. Anyone who initiates force on a peaceful people.

32. Anyone guilty of inciting violence.

33. Anyone who declares self-defense a crime.

34. Anyone who does not share the bounty of the land with the people of the land.

35. Any public official who denies the existence of the birth bond.

39. Any dual-citizens in any capacity serving the people.

41. Anyone who denies the equality of men and women.

43. Anyone profitting off the slavery of his fellow man.

44. Any medical doctor who refuses homeopathic treatments to those who want them.

45. Anyone who makes anything that grows naturally on the land.illegal.

46. Anyone who forces the vaccination of the unwilling.

47. Any public servanrt who lies to the people.

48. Anyone found guilty of physical, mental or spiritual torture.

49. Those who criminalize talk of “conspiracy theories”.

50. Anyone claiming any political party ststus.

51. Anyone attempting to steal one’s home or property based on fraudulent banking practices.

52. Anyone who supports the IMF, BIS or any central bank.

53. Anyone who subverts human rights.

54. Anyone who claims sole ownership of the land and it’s resources.

55. Anyone who seeks to stop the assembly of the people.

60. Members of the Bilderberger Group.

62. Members of the United Nations.

63. Anyone who acts against the will of the people after a referendum vote.

64. Anyone who seeks to divide a people on the basis of religion, color or sex.

65. Anyone who seeks to control the internet or any form of information.

TO THOSE OF CONCERN:

At the present time, any cabal’s member is bound to be arrested, and or be removed from planet earth at any giving moment or instant.

Click and read the link below, and see how our Republic has been hijacked. However, we are at the tip of this long journey of atrocities against our people being dissolved : http://docdro.id/eSOfrWK