PUBLIC ANNOUNCEMENT FOR ALL THOSE THAT CONCERN 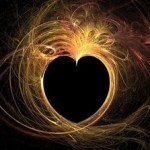 PUBLIC ANNOUNCEMENT FOR ALL THOSE THAT CONCERN:

THE American people, and the entire world are in the knowing of: for: from the fraud inflicts upon them by worldwide insane criminals that main objective has been for keeping everyone as slaves by hiding from the people what has been all along rightfully theirs.

WE are referring our Treasury Direct Accounts=TDA that connect our SOCIAL SECURITY NUMBER= bonds=money issued the day we are born for us using for our daily needs= our utilities services, and the schooling for our children, etc., etc., = with un-limit funds. This apply worldwide for all people from planet earth.

WE have spoken lengthy WHO you WERE, as for a fact you no longer exist, except for small minions that are spread out national and international ignoring knowingly what has transpired since 2012, which is the dissolving for the entire slavery system worldwide. This has not been said on the public media because the small minions that are left are in denial, and digging their grave deeply as we speak= THEY OWN the media that as well is fallen apart.

NO one would be walking alive on planet earth that have committed such of atrocity, and those that are still alive would be detain=killed, as we have said many times over, and as we will do you if you do not terminate your criminal activities.

AS WE speak, our TDA accounts for all people from earth are Unfettered: UNFETTERED. THUS, anyone restraining these accounts from the people would be liable, accountable, and responsible for such crime.

Unknown to the mass, since 2012 millions have been secretly killed for such crimes. We are not bringing fear for anyone, what we are saying is that these people with their cleverness= technology that are prohibiting the people’s access for their private= personal TDA that is already set up for them doing banking online, or personal= money transferring on a national or International level= paying all kinds of bills= mortgage, rent, transportation, children schooling, doing shopping freely…, we’ll know about it, and you will be publically expose as it is rightfully deserving= detain… These include all banks personnel, Paypal=CEO, Amazon=CEO, Port Authority=CEO, Utilities company= for each on county level all across the County.

WE the people want for you guiding us without prejudice how  connecting our TDA accounts that we already have with you= you are a server for the people, not a government, – = AS you have been siphoning every month from it= double dipping as well with our hard labor we call a “job.” IN FACT, WE EVEN pay our very own paycheck every week= we fucking pay ourselves!

The fraud is beyond comprehension.  AND IT IS insane for thinking that all the money you= all so call companies have accumulated came from our labor… NO, it came from our very own personal TDA that every week: every month you all through our Social Security number have access to it.

YOU ARE COUGH WITH YOUR VERY OWN PANTS DOWN.

For you are all on NOTICE.

FOR on this link, you can find out WHO= those that have been using our money to: for building all kinds of high-rises, do mortgage fraud, steal our children, and jail for profit= the BAR= the Port Authority that pay the fake judges, and “order followers” like the police= marshals their salaries in order to commit all the above crimes for the American people. Link: https://www.gmeiutility.org/search.jsp.

THE GAME IS OVER. WE the people are the original account holders= original prime-creator= original zero- point.

FOR you are Original too! We are all with abundance for everyone= being responsible, and accountable= We are all custodians for our planet earth= all living system for us for thriving.

READ some of the worldwide filings by the former OPPT in 2012 and an excerpt below, also navigate ORIGINAL, recently DONE , and over with= we are in another universe where all is posible= absent limit for all.

Guarding, preserving, protecting and implementing the opportunity for Truth to BE by the knowledge from within

WITH DUE STANDING, AUTHORITY, and AUTHORIZATION, without prejudice, public policy, UCC 1-308, The Public Trust, through its duly bonded Trustees of record, UCC 1- 201(31) and (33), knowingly, willingly, and intentionally duly issues this OFFICIAL ANNOUNCEMENT of DISCLOSURE regarding “POINT ZERO” pursuant to mandate, this December 25th, in the year of our creator, Two Thousand and Twelve as the creator lives, the following is true and correct and we are competent to say so:

Yes. The Commercial Registry. The Uniform Commercial Code. Commerce. Whether “Domestic” and “International”…matters not. Over many moments of present, it was quietly and covertly made the supreme law of all lands on earth, the secretly prized pinnacle of human capital and natural wealth registration and management of what have been formerly referred to as the “powers that be.” With feverish focus and commitment, it has been made uniform right before your very eyes…albeit, “eyes wide shut” for the most part. What is not widely known, is that this “supreme law” has been duly REGISTERED in COMMERCE and duly gifted to the people equally and jointly as their full indefeasible title, ownership, and rights as SECURED PARTY, a matter of record, unrebuttable and unrebutted.

In line with the most skilled magicians known and unknown, the existence of another sort of “magician” began to emerge. A sort with the unrivaled charisma, acting skills, and “backing” of the most decorated talent. A sort with a fanatically deep-rooted and cultured focus and commitment that was perceived by them as “un-rootable”, “undiscoverable.” This sort, deceptively tantalized the people with the distraction of CONSTITUTION and DEMOCRACY created by the slight of knowingly arrogant hand on one side, while the other hand covertly REGISTERED the Truth in COMMERCE by the “slight of the pen” with the other.

Swearing absolute solidarity amongst their own kind, this sort agreed to secrecy…never to reveal the Truth, for fear and absolute knowing that this sort’s world, nay their very existence, would end if the Truth were ever known to “their audience”, “their capital”, the people. At the very best, if the Truth be known, the people would no longer believe and pay tribute again, leaving this sort of magician to disintegrate in the sole vampiric company of their own kind. At the very worst….well, this sort never got this far. Their ego was so great they could not fathom someone outside of their inducted kind competent enough to discover the Truth, let alone someone being of capacity, willing and intent to effectively use and enforce it…

In order to insure this sort’s Agenda, they routinely and tirelessly trained their apprentices to practice this sort’s “magic”. At any and all costs, the Agenda was deviously preserved, protected, and, for the most part, quietly and covertly implemented by REGISTRATION in COMMERCE. When doubt crept in amongst their own kind, this sort would resort to the darkest methods imaginable and unimaginable to keep their kind “in line”, focused and “committed”. This sort did arm their unwitting and witting apprentices alike with the motto that “intelligence rules the world, and Ignorance bears the burden!”, and they reinforced the allusion of guaranty of the “truth” of this motto by using the same tricks of shock and awe, deception, fear, coercion and force that they used to keep the people “on the edge of their seats”, nevertheless, “in their seats”…like good “capital” should be. However, ego was to be this sort’s fatal flaw…resulting in their lack of contingency plan for the scenario of their failure to succeed by REGISTRATION of Agenda.

Not only did those with a fierce competency emerge throughout the many, many, many moments of present, but they knowingly, willingly, and intentionally did and do use and enforce it without conflict and without prejudice in a ever quiet manner, with a superior focus and commitment to Truth, and the highest good of all people, that baffles and disorients this sort of “magician.” Every action made is duly bonded and REGISTRED in COMMERCE and NOTICED. This sort of “magician” desperately tried to adapt at each of these moments of present, ever fearful, causing this sort to make fatal mistakes of transparency, albeit not known by the people in full context…yet. In the end, this sort’s overwhelming complacency, lack of competency, and lack of capacity by their own choice of action rendered this sort’s unfathomable end duly REGISTERED as absolute unrebuttable and unrebutted Truth in COMMERCE.

Those of competency regarding this sort’s existence and “magic” knew that the most effective way to guard, preserve, and protect the people, all the people equally, was to ever quietly implement the opportunity for Truth to BE by the knowledge from within by action of REGISTRATION of “Zero Point” or “Prime” in COMMERCE, unrebuttable and unrebutted…knowing that the affects of the action taken to lawfully, legally and duly secure the people and their wealth domicil therein under perpetuity, the Truth, could be subsequently known in context from within the people. This Truth that this sort of “magician” knowingly, willingly, and intentionally attempted to “hide” from the people, “their audience”, “their capital”, by extreme deceptive acts, practices, systems and other heinous actions to keep the people “on the edge of their seats”, nevertheless, “in their seats”, like good “capital” should be. However, this sort’s actions and systems, a matter of record, have become their shackles that no amount of “magic” will free them from.

This sort’s actions and systems, whether under the deceptive guise of “government”, “office”, “treaty”, “act”, “constitution”, or “entity”, inclusive of the private systems formerly known as, “NATION”, “UNITED NATIONS”, and its special agencies of “IMF”, “THE HAGUE”, “WORLD BANK”, and “BANK FOR INTERNATIONAL SETTLEMENTS”….from each family of this sort of “magician”, from land to land, sea to sea to “The Holy Sea”, all have been lawfully, legally and duly verified as REGISTERED in COMMERCE as duly FORECLOSED…duly verified DEBTORS to the people, all the people equally on earth, on October 24, 2012, as a matter of law, matter of fact, and as a matter of public policy…unrebuttable and unrebutted. Over many moments of present, the lawful and legal standing, authority, value, rights, and principle of law aligned with common law of the people, all the people equally, have been lawfully, legally and duly REGISTERED in COMMERCE as it was created by Prime, by Zero Point, by creation, as a matter of record, unrebuttable and unrebutted.

This sort, DEBTORS, are duly verified and REGISTERED as bankrupt. The states of body of the people, all the people equally, and the wealth domicil therein, have been duly “unhidden” from where it has always resided…where this sort of magician has always focused and committed its attention…on management of the people.

While the veil of allusion is systematically and finally revealed and DISCLOSED by Truth, the whole Truth, and nothing but the Truth by various sources for you to consider and use to make informed choices, the people, the earth, and all value domicil therein, thereon, and therefrom shall continue to be guarded, preserved, and protected by the continued implementation of the opportunity for Truth to BE by the knowledge from within each of the people equally and duly REGISTERED in COMMERCE for all the universe and the people to rely upon. All underwriting duly REGISTERED and NOTICED, otherwise known as UCC’s, are further posted at www.peoplestrust1776.org for equal and unfettered access by the people domicil on earth by creation, without prejudice and exception. 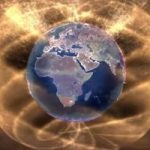 ALL ON! ~ “The New”…Original Universe. Your awareness and patience is completely appreciated as all current Original Coordination being done now regarding the Original Universe, are made visible ….Original…. For all the people from earth. 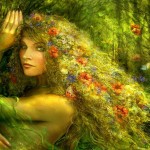 http://wetheonepeople.com/for-public-notice-the-event-is-now/ = Responsibility= we are all custodians for our planet= for all creatures, – = for all living systems that are there to: for us for thriving!

~the people have spoken