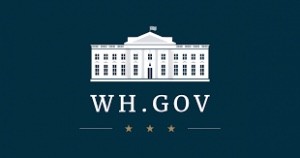 Sexual assault has shattered and scarred the lives of millions of women, men, and children.  During National Sexual Assault Awareness and Prevention Month, we reaffirm our commitment to eliminating sexual violence, empowering survivors and their families, and providing justice to the victims of this devastating crime.

While our Nation has made significant progress in sexual assault prosecution and prevention, and in providing compassionate care for survivors dealing with physical and emotional trauma, the battle to eradicate violence and heal lives is ongoing.  My Administration supports innovative strategies to combat the many forms of sexual assault and to provide counseling, treatment, and advocacy for survivors nationwide.  For example, to care for victims in rural communities who may lack proximity to clinics and trained forensic examiners, the Department of Justice’s Office for Victims of Crime is increasing access to exams through 24‑hour telemedicine administered by trained healthcare examiners.  The Department of Justice’s Office on Violence Against Women has created an updated sexual assault forensic examinations virtual practicum, which employs cutting-edge technology and interactive training to prepare forensic professionals to collect evidence and treat survivors of sexual assault.  And the Department of Transportation has formed the National In-Flight Sexual Misconduct Task Force to assess how airlines respond to and report sexual misconduct allegations by passengers on commercial aircraft.

My Administration is also focused on eradicating sex trafficking, a form of sexual assault that amounts to modern‑day slavery.  Because many victims are trafficked online ‑‑ sometimes by intimate partners, spouses, parents, or other family members ‑‑ I signed into law the Allow States and Victims to Fight Online Sex Trafficking Act of 2017.  This law makes it easier to take legal action against individuals who use websites to facilitate sex trafficking and helps victims seek justice against the websites that profit from their exploitation.  It also clarifies that those who benefit from knowingly assisting, supporting, or facilitating an act of sex trafficking are in violation of Federal law.

Thanks to the dedication of professionals, volunteers, and concerned citizens, we are continuing to make strides in the fight against sexual assault.  Young people are learning healthy dating and intimate relationship skills as a way to prevent sexual violence, and law enforcement officers and prosecutors are leading unprecedented efforts to fight sex trafficking.  Victim centered services are also supporting survivors to get the critical help they deserve.  By working together, we can prevent and end the sexual abuse and violence that devastate so many lives.

NOW, THEREFORE, I, DONALD J. TRUMP, President of the United States of America, by virtue of the authority vested in me by the Constitution and the laws of the United States, do hereby proclaim April 2019 as National Sexual Assault Awareness and Prevention Month.  I urge all Americans, families, law enforcement personnel, healthcare providers, and community and faith‑based organizations to support survivors of sexual assault and work together to prevent these crimes in their communities.

IN WITNESS WHEREOF, I have hereunto set my hand this
twenty-ninth day of March, in the year of our Lord two thousand nineteen, and of the Independence of the United States of America the two hundred and forty-third.