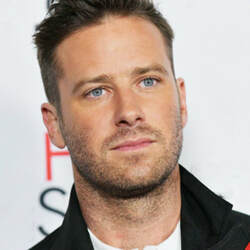 According to the racketeering indictment, Armenian Power, which is also known as AP-13, is closely allied with the Mexican Mafia, a prison gang that controls much of the narcotics distribution and other criminal activities within California correctional facilities. In addition to its connections to criminal groups operating in California, such as the Mexican Mafia, AP leadership maintains ties to Armenia and Russia and deals directly high-level Armenian/Russian organized crime figures.

The Kardashians are collectively worth over a billion and they are basically famous for nothing. They are promoted by Hollywood and their target audience is white women and the Kardashians date black men while their white step father who is distinctly European white is a transsexual. That is the blatant agenda they are pushing. The Kardashians are all ruthless child murdering sadists. They cannibalize children. They burn children alive. They are a female mafia. They are psychotic liars and ruthless and murderous criminals. The Kardashians need to be executed. They are child murdering abominations.https://www.bbc.com/news/magazine-20932705Kim Kardashian is one of the world’s most famous reality TV stars. The 32-year-old is of Armenian descent.But for some it’s impossible not to read her surname and think of her Armenian heritage. Kardashian is distinctively Armenian. The model’s father, paternal grandparents and paternal great grandparents were all of Armenian descent.

The Kardashian Christmas card shows a naked woman wrapped in plastic below the dollar sign inferring the woman is dead and this is next to the Rolling Stone magazine of Kanye West depicted as Jesus. The rest of the card is Illuminati symbols.

That is evidence that the Kardashians are involved in sex trafficking and murder. They are promoting it. The only way to interpret this is a naked dead woman wrapped in plastic which is how they dispose of bodies to contain the DNA. Robert Kardashian defended OJ Simpson who was tried for murdering Nicole Brown Simpson a white woman. Here Kanye West a black man is next to a dead white woman.https://fas.org/irp/world/para/docs/rusorg4.htm

​Russian organized crime in California is involved in extortion, narcotics, murder, auto theft, and loan sharking, as well as insurance, fuel, telecommunication, and credit card frauds. The following cases are examples of several different crime categories.Extortion – Five members of an Armenian organized crime group in Los Angeles were convicted in 1994 for extortion, kidnaping, and attempted murder.Fuel Frauds – Fuel frauds, mostly in Los Angeles and New York, cost both the federal and state governments approximately $2 billion annually in tax revenue. The majority of the fuel frauds are committed by Russian and Armenian organized crime groups operating in Southern California.Loan Sharking – In October 1991, two Russian organized crime figures were convicted in Los Angeles of extorting a Russian emigre businessman. The two Russian organized crime figures lent money to the victim at a 30 percent interest rate. The victim borrowed $125,000 and over eight years had paid back $480,000 but still owed $120,000. The suspects threatened the victim and his family if they didn’t pay the rest of the money that was owed.Murder – Andrey Kuznetsov and an associate, Vladimir Litvinenko, were shot to death in Kuznetsov’s rented house in West Hollywood on January 26, 1992.15 Kuznetsov was believed to have been the leader of a Los Angeles fraud ring with ties to Russian organized crime in New York and Russia. The Russian emigres connected to the U.S. bank accounts are opening import/export businesses in the Los Angeles and San Francisco areas. These business may be set up for the sole purpose of shipping large amounts of U.S. dollars to and from Russia.

Prince Andrew Romanov is an authority over the Russian and Armenian mafias and he lives in California with his brother Prince Peter and half brother Prince Alexis. They are also overseers of the Russian-Armenian Mafia.https://www.geni.com/people/Prince-Andrew-Andreevich-Romanov/6000000002188616735Andrew Andreievich Romanoff, Prince (Russia)Birthplace: San Francisco, California, United States

Armie Hammer is a ruthless agent of the Russian-Armenian Mafia and involved with raping young boys which is why he was in the movie Call Me By Your Name with his character having a homosexual relationship with a younger teenage boy. The Italian Luca Guadagnino directed the movie. Many male Hollywood actors are bisexual and pedophiles which are often initiations into Hollywood. Armie Hammer is a Scientologist-Kabbalist and electronically attacks people in defense of the human trafficking Armenian Mafia in Hollywood. Armie Hammer specializes in causing pounding headaches. Armie like Armenian. This disgustingly vain and narcissistic child raping little coward Armie Hammer needs to be violently executed. This devil needs his head literally cut off.https://en.wikipedia.org/wiki/Armie_Hammer​Armand Douglas “Armie” Hammer (born August 28, 1986) is an American actor.Hammer has described his background as “half Jewish.”[7] His paternal great-grandfather was oil tycoon and philanthropist Armand Hammer. That ancestor’s parents were Russian Jewish immigrants to the U.S.;[8][9][10] Armand’s father, Julius Hammer, was from Odessa (now in Ukraine, but then in the Russian Empire), and founded the Communist Party in New York.[11][12][13] Armie’s paternal great-grandmother was Russian-born actress and singer Olga Vadimovna Vadina, the daughter of a tsarist general.[14][15]

Duke Armando Diaz della Vittoria is the father of Prince Sigieri and Prince Moroello and an owner of the Armenian Mafia. Armando like Armenian. The Diaz family have Spanish ancestry and that established themselves in Italy with Armando Diaz the 1st Duke of Victory an Italian military general under Mussolini who is likely the father of this Duke Armando Diaz della Vittoria. The Armenian Mafia is closely allied with the Mexican Mafia which is owned by Spanish royals and nobles. The Diaz family were originally from Spain.
https://en.wikipedia.org/wiki/Armando_DiazArmando Diaz, 1st Duke of the Victory, OSSA, OSML, OMS, OCI (5 December 1861 – 28 February 1928) was an Italian general and a Marshal of Italy. He is mostly known for his role as Chief of Staff of the Regio Esercito during World War I. Born in Naples in a family of distant Spanish heritage, he was the son of Lodovico, a navy officer and Irene Cecconi,[1] the daughter of a minor noble.After the war, Armando Diaz was appointed as a senator. In 1921 he was ennobled by King Victor Emmanuel III and given the victory title of 1st Duca della Vittoria (“Duke of the Victory”). Benito Mussolini named him Minister of War

Prince Sigieri Diaz della Vittoria Pallavicini, Prince Moroello Diaz della Vittoria Pallavicini, and their wicked mother Princess Camilla Pallavicini are top members of the Roman Black Nobility and owners of the Armenian-Russian Mafia. The Russian Mafia in Brighton Beach, New York pay tributes to the Five Families and especially the Lucchese crime family. The Pallavicinis have ancestry from ancient Iranian royalty which migrated into Greece, Armenia, and Italy. The Pallavicini family need to be exterminated.https://en.wikipedia.org/wiki/PahlavuniPahlavuni (Armenian: Պահլավունի) was an Armenian noble family, a branch of the Kamsarakan, that rose to prominence in the late 10th century during the last years of the Bagratuni monarchy.[2] https://en.wikipedia.org/wiki/Parthian_languagePahlaviThe Parthian language, also known as Arsacid Pahlavi and Pahlawānīg, is a now-extinct ancient Northwestern Iranian language spoken in Parthia, a region of northeastern ancient Iran.This language had a huge impact on Armenian, a large part of whose vocabulary was formed primarily from borrowings from Parthian. Many ancient Parthian words were preserved, and now can be seen only in Armenian.

Margraf Alfonso Pallavicini with his child murdering wife Countess Elisabeth and she is the sister of the Queen of Belgium. Margraf Alfonso Pallavicini is a non Executive-Director for BNP Paribas ZAO Russia.
https://www.bloomberg.com/research/stocks/private/person.asp?personId=25315392&privcapId=2206956 ​Mr. Alfonso Pallavicini served as Head of Europe at BNP Paribas Corporate & Investment Bank. From 1992 to 2011, Mr. Pallavincini worked for BNP Paribas where he held various management positions in the Corporate Finance and Coverage departments. He served as Head of Coverage and Territories Europe at BNP Paribas SA since January 2006. Mr. Pallavicini served as the Head of the corporate group within CTE where he joined in 1992. He was an Investment Professional at Cobepa S.A. He started his career with Deutsche Bank in the M&A sector. Mr. Pallavicini serves as a Non-Executive Director of HOLDING SOCOTEC – S.A.S., Princess Yachts, Socotec, International SOS, and BNP Paribas ZAO Russia. He is fluent in German, Italian, French, English and Spanish. Mr. Pallavicini is a graduate of the Vienna University of Economics and Business.http://www.bnpparibas.ru/en/about-bnp-paribas/bnp-paribas-russia/ The BNP Paribas Group has a diversified presence in Russia, being active in all 2 core businesses: Corporate & Investment Banking and Retail Banking (Consumer Finance) & Investment Solutions.
~~~~~~~

Find out more about the most evil mafias families in the world. Click links below. Have fun, and share!