“Open Letter to the Cabal MSM” 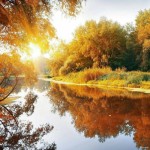 This message is NOT directed to those of you who willingly participated, and enjoyed the evil power that you had to wield for your fate is already cast. This message is not for you as you will soon get a knock on your door and it will be karma coming to claim its due. The very spying systems that were created to spy on the American People and the rest of the World, now spy on you without your knowing. Your every move has been documented and recorded for posterity. You cannot out run your fate, for it was created by your own hand. The powers now lined up against you are beyond your comprehension. Depending on the extent of your crimes against Humanity, you will be incarcerated or eliminated. Punishment will be swift and without warning. So be it!

To The Unwilling MSM Participants

This message is for those of you who were forced to cooperate at the risk of personal and family peril. I doubt that you have enjoyed being under the evil thumb of the CABAL who dictated your every move. You were never free to report the REAL TRUTH, but were threatened and forced into compliance with the new world order agenda. For those who did not toe the line, you were beaten, discredited and even killed for your disobedience. I get it. However, there is a new Sheriff in town and you will soon be free as we are.

For your information, the top CABAL leaders have already been removed, many “Permanently.” How far down to your level this goes at this time, I’m not sure. There is a great change in the World coming that includes our Government, The Financial System, and the rest of the World as a whole.

This huge change is being rolled out in a very quiet manor as not to disturb the great public which has no idea. What this means is that it was easy to remove the very top CABAL leaders because the public never knew them and their disappearance from the planet was not noticed. However, the next level of CABAL to be removed will be the more public figures, many of which are still controlling you. If they were removed right now, it would freak out the public who is still asleep at this time. So they cannot be taken down just yet.

However, the time is very near and most of them have no idea what is coming to them. Their fate has already been sealed and their removal planned and certain. This will begin shortly after some big announcements are made to the Public regarding our new and improved government structure and the benefits that will be afforded to all Americans. Once the American Public are assured of all the good changes being made in their favor, they will accept the removal of very public figures. Naturally, their crimes against Humanity will be publicly disclosed to justify each and every arrest. These top CABAL Public figures will suffer not only the loss of their freedoms, but will endure the Perp Walk and public humiliation. When they walk your bosses out of the office in Hand-Cuffs, you will know that you are now free to report the REAL NEWS. So Be It!!!

What Should You Do Now?

Until that happens, you are still being controlled and watched… I get it. However there are some things you should be doing now for your personal freedom and your career. You have no time to waste as this is about to happen at a moment’s notice.

First, for your personal freedom you must make a case against your bosses who controlled you and make a case proving you had no choice. These could be copies of documents, recorded phone calls or whatever comes to mind. The point is to keep yourself from being arrested as well. They understand that most of you were unwilling participants who had no choice. It is up to you to prove you had no choice. That is the only way you can differentiate yourself from the evil doers who enjoyed their crimes against Humanity.

Second, is the matter about your career. Once your CABAL Bosses are gone, there is going to be carnage in the Media business. It will be all out competition to get the REAL stories out first and throw the other competing media sources under the bus. What would that look like?

The first person/media source to report the real truth about 9-11, the false flag bombings, or other nefarious dealings would win the heart of the American audience, and the rest of the media sources would be the “Liars.” You know that the first ones to report the incredible truth will get all the attention and the others still holding the company line, will be hated.

So, your best move right now is to prepare your TRUTH stories NOW. Be ready to launch them as soon as it is time. I understand that you will have to do this in secret for now, but, the largest share of the American Audience and the greatest financial reward will go to the first one who drops the REAL TRUTH on the American public.

The rewards and decided advantage goes to the first one who reports the truth. They will be in a position, and have the right, to call all other sources Liars and Cabal stooges. The minute that one media source reports the truth, EVERY OTHER SOURCE BETTER HAVE THEIR STORY READY TO GO AS WELL, or they will be destroyed in the wake of public distrust. The first will be the Hero in the Minds of the American Public, and the late comers will be the liars who are trying to catch up with the truth and make up with the American Public. So, the first one to tell the truth has it made and it will be easy for them to remain the top media source and reap the financial rewards that come with it. However, the late comers will always be questionable as to whether they had the public interest in mind, or just needed to do the right thing to save themselves.

However, I wouldn’t be surprised if the New Sheriff in Town (The Good Guys/White Hats) might have stories already prepared for you to release. Seek them out. You know who to talk to about it and who not to talk to, I am sure.

The bottom line is that there is HUGE CHANGE COMING. Be ready to save yourself from being arrested, and be ready to report the truth, the whole truth, and nothing but the truth so help you GOD! You have been warned. If you are one of the surprised ones who get arrested, you probably deserve it. If you are not, then prove you are worthy of our trust to report the news. Prove that you stand with Humanity and not against us. Remember that once your CABAL Bosses are removed, there will be no one to protect you from Public Condemnation if you step out of line.

We are watching you.  Signed: One Who Believes

This goes as well to all those small minions within every county of this great Country that are subjugating the American people. WE ARE WATCHING YOU…