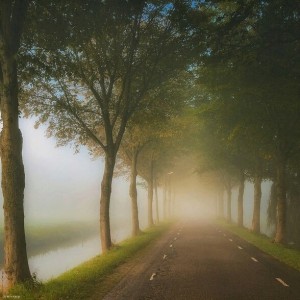 I am Porda and I am here with quite a group of spiritual supporters today! I am also being broadcast planet wide on Mushaba and also to various planets throughout the Universe. Why is this you might ask? What is so important that this kind of attention is being given to the words I share with you today?

Humanity has been on a long, long journey to our enlightenment. I say “our” because I am no longer in a human body, which does not discount me from being a part of humanity, for I am. I am Porda and was known on earth as Wali Karriem Mushaba father to this one who passes on my message. Everyone called me “Papa Force” and I still get that even here on the other side of the human veil.

I am here to thank all of you that have stood steadfast and committed to bring change to the world. You have weathered the storm so to speak. You have stood against all odds and the universe as well as the earth is much better for it. We of the galactic civilizations want to thank you of earth for all that you have done and are still doing to bring change not only to earth but to the universal configuration as well. What you do on earth affects the universe in more ways than you may be aware of. Why do you think we have such interest in the affairs of earth! You as humanity are now at a crossroads of sorts where you have three directions to travel. They will all get you there but in different ways. One road will take you through more of the same old third dimensional drama and limitations, but it would have to be done on another planet of 3d design, for earth herself is ascending. Another road will get you there by going more around about, and extending your journey while another road will get you there in a straight direct way where you can bring this journey to an end and begin a new journey of your choosing.

All of you have made a choice. Every single being on earth have made a choice. Many of you have chosen the last road I speak of for you are at the threshold of stepping into something amazing that you had a strong powerful hand in creating! You are ready to step into your new way of being in the world as you ascend right along with Mother Earth into the higher dimensions. The life changing events are beginning as we speak and you will and are about to see the physical signs of this in your lives at almost any moment. The long awaited time of prosperity is here, and the release of these long held funds is in the final moments of its release from bondage. Yes, even the funds were held captive in bondage. They in their own consciousness have expressed its desire to be free and let go so it can move forward and do its mission and purpose in the world.

It is important to understand what these funds want from those of you who will receive them in abundance. They first and foremost want you, the receiver, to know that you are partners with them. You are not the lord and master of the funds, but a partner with these funds. They want you to know that you are to use these funds with the power of Love not the Love of Power that many feel theses funds will give them. The Love Essence of Mushaba is here now ready to assist in leading and helping humanity to reconnect with the original love that is imbued within all life in this creation. It is within your physical bodies, in between the cells of the body. It is ready to be fully activated by your desire and your actions of service through love for humanity.

This Love Essence of Mushaba has been here from the beginning, even before the Earth was formed and came into being. It was imbued in the earth during its formation and creation into being-ness. You of humanity now have the capacity to call it forth from within you and live it as a part of you not as separate from you. Realize that it is you!

Not only are you going to witness and live the great prosperity on earth, you are going to witness the new world being born right in front of you as you are the ones that are birthing this new world! You will see the change in government all over the Earth, not just in America. You will witness the various announcements that you have been waiting on for a very long time. The cabal is gone, done with, defeated and their minions have been tied up in a neat little bow to be delivered to source for reassignment, or to another 3d planet where they can work out their growth back to recognizing the light within them.

Did you witness already what took place this past weekend at the G20 summit? This was an announcement of sorts, very direct to the world that has eyes to see and the ears to hear! Your coming month and months ahead will prove to bring into fruition these changes in a way that cannot be denied by anyone. We are here to honor humanity today,  for you have earned the right to be honored! We are now, as I speak  these words, sending you and showering upon you the blessings of the Creator, the blessings of God and Goddess and the Blessings of all of Creation!! We are washing away your pain, your sorrow, your struggle, and your doubts and misgivings. You are free now to move forward and live the life you have always dreamed of for it is here! You will see many laws struck down and the removal and closing of many government and non-government agencies that have been a parasite to the people feeding on your hopes and dreams. So many unjust actions that have held you down in bondage but no more! We all say together “NO MORE, NO MORE, NO MORE”

In closing let me say that we are all here from around the universe to thank you, love you and witness you, as you step into your freedom and empowerment, and that was the mission of the Mushaba Force on earth. We are watching the changes in the energies and colors coming from earth and most of you! We are enjoying and cheering for you as you come into your own! We are having a universal celebration in your honor! Bravo humanity our earthly family and welcome home to yourself! Welcome home to your galactic family and community! We love you with the power of original love, that which is the Love Essence of Mushaba!

I am Porda (Papa Force) representing the many!