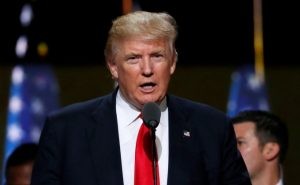 For forty years we have kept the land jurisdiction states of America alive, and for the past eight years, we have played a desperate international role in preventing the Obama Administration from —quite literally— killing off the fifty republican states of the Union and liquidating our assets to pay foreign corporate debts.

We’ve had quite enough of our servants secretively waging illegal commercial mercenary “wars” against us while taking their paychecks from our pockets. You are now in charge of the same nest of Territorial and Municipal corporations that are responsible for these gross international commercial crimes against the American states and people, so let’s have a truce and discuss this ugly circumstance.

We hope that you agree that this travesty and long history of commercial crime and personage being practiced against the American states and people —-your actual underwriters and employers—needs to end. 150 years of this interloping and usurpation on behalf of foreign powers is more than enough.

We can show you the actual history and prove beyond any doubt that the American Bar Association has violated its treaty allowing it to be here and to operate on our soil. We can show you where the money is hidden and how all financial concerns, including worldwide debt, can be permanently eliminated. We can show you exactly why there is no “National Debt” and we can show you the truth about the sovereign power under which all American ships sail. We can rip the top off the mismanagement and misdirection of both the Internal Revenue Service and the IRS, and much, much more.

It’s time to respect the actual political status of Americans and stop the pretense of universal “US CITIZENSHIP”. Toward that end we have asked that you establish a standardized (and mutually approved) process for the American states and people to reclaim their good names and estates and to live peacefully on the land of their forefathers.

We have labored under false presumptions and illegal taxation for a long time. Tempers are high. It is in the best interests of all concerned to move onward and upward in a cooperative way.