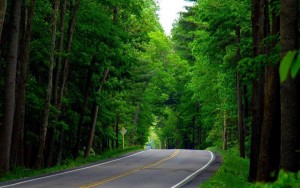 I can hear the fireworks starting. It’s midnight in the wee early hours of the Fourth of July, 2016.

Somewhere out in the dark, Americans are celebrating. Most of them call it “The Fourth of July” and don’t use the old fashioned name for it— “Independence Day”— but that is what I am thinking about tonight: independence.

Fourth of July rolls around once a year whether we want it to or not. The bunting appears. The fireworks start. The barbeques flame out. The beer explodes. The dogs and cats head for the basement….. yeah, it’s all good, but is that what it’s about?

Independence is something you have to choose. It’s an attitude, a mindset, a way of life, a choice. Independence is what you do when you stand on your own and take responsibility for your own life, your own government, your own country, your own planet.

Independence signals a coming of age.

And this is Independence Day.

Looking around me it seems that we have been lulled into a stupor of dependence— looking to the government to tell us how to live, expecting the government to provide our every need, turning to the mainstream media to tell us what to think and how to think it, parading in lock-step to every new fad of political correctness, conceiving of ourselves as helpless pawns or cogs in some vast machine, hopelessly grinding away so that once a year we can congratulate ourselves on being “free” long after we have forgotten what that really means.

A young friend of mine called earlier this evening. He said, “What do I have to celebrate?…..” and then he rattled off his own long list of things that are wrong with this country and with his countrymen and with everything in general. And then there was a very long pause in which his depression and sincerity stabbed at me like a thorn.

What kind of world had I given him, this young man who is just starting out?
Very clearly, he was disillusioned and feeling helpless and overwhelmed and ready to give up—-figuring that freedom isn’t possible or never was, like Camelot. Stop believing in it.

Chuck freedom in the bin with the Tooth Fairy and Santa Claus, just another silly “tradition” for the amusement of grown-ups and greeting card company profits.
He had caught me by surprise at the end of a long day. For a moment my mind just whirred around as if it couldn’t find any traction—-and then, in my memory somewhere, I could hear someone whispering, “Freedom isn’t out there, it’s in here.” It was a soft, dusky, female, African voice, sweet as summer rain and she repeated with great certainty —- “Freedom isn’t out there,” she said, touching the front of her cotton dress over her heart, “it’s in here, child. This is where freedom lives.”

Goldie Williams. She stood leaning on a wooden gate watching the fireworks in another time and place and she came back to rescue me today, from out of my memory of a night more than fifty years ago. I smiled broadly just thinking about her.

Blueberry pie for the Fourth of July. Chasing fireflies and twirling sparklers.

It’s not about the external world, I told my young friend. It’s about choices. It’s about how you live your life. If you sit around waiting for someone or something else to set you free, that day is never going to come. You have to set yourself free, declare your own independence day, and when enough of us do that, there is nothing on earth that’s going to stop us. It’s in your own heart and mind that freedom lives.

It’s a gift you give yourself, and nobody can take it away.

Thank you, Goldie, for reminding me where freedom lives and the real meaning of “Independence Day” —- just in time to pass it on to another generation of Americans.

The 4th of July has been a mockery to the American people. This is the Day where loud noises can easily break our ears drums, as if it is purposely done; this is the day when beerholic run rampant on the streets, and parks celebrating what they do not have an iota what is that they are celebrating for, in fact these people, as the rest of us are the most loyal slaves to tyrants, that if we ever were to bring about the word “Independence” they would take everyone to jail.

THE TYRANNY HAVE GOT TO END. We do not need to pay in order to live in our land, we do not need to pay any taxes to anyone, nor do we need to consent to the subjugations and subordinations of anyone. We fu$%&g governs ourselves, and let this be a start to the knowing this is the way it would stand!!!

Enjoy you Inner Independence Day everyone! United we stand, and consciously undivided as ONE under one sky, one flag, and one heart.

Let this be set into our hearts.

~we the one people