Income Tax is a Fraud 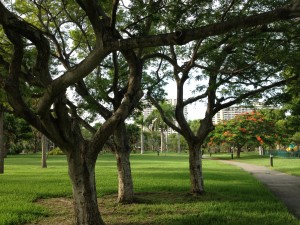 The Early History of Federal Taxation1

[1] The nation’s first income tax and a direct apportioned tax on land were levied as part of the Act of 1861. The income tax resulted from a determination primarily by the western areas that the eastern portion of the country should pay a fairer share of taxes. In particular, the western areas resented the imposition of a direct tax on land since the western areas had an abundant amount of land but a sparse and poor population*. Before the collection machinery was set up, the [“Income Duty”] Act of 1861 was passed [as: “An act to provide increased revenue from imports to pay interest on the public debt, and for other purposes,” (see Section 89, 1861)].

[2]The 1862 Act superseded the 1861 income tax which was a flat rate tax.  [It stated: “And be it further enacted, that on and after the first day of August, eighteen hundred and sixty-two, there shall be levied, collected, and paid on all salaries of officers, or payments to persons in the civil, military, naval, or other employment or Service of the United States, including senators and representatives and delegates in Congress, when exceeding the rate of six hundred dollars per annum, a duty of three per centum on the excess above the said six hundred dollars; (see Section 86, 1862).] The first income tax revenues thus were collected under the graduated rates of the 1862 act (other provisions of this act suspended for two years the direct tax on land and provided for a new Commissioner of Internal Revenue).

[3]The 1862 tax was revised in 1864 to meet the revenue needs of the government and to make its provisions more definite, was amended in 1865 and 1866, and was rewritten in 1867 and 1870 when the country’s revenue needs were not as pressing. The tax was allowed to expire in 1872. These acts always contained an expiration date and the income tax was considered to be a war-time expedient.

[4] Also during the Civil War period, excise and stamp taxes were revived and, under the Act of 1862, an inheritance tax was imposed. Excise taxes were imposed on a long list of commodities, including alcoholic beverages and tobacco. During the postwar period, most of the excise taxes and the inheritance tax were repealed. The taxes on alcoholic beverages and tobacco continued in effect and increased in importance.

[5] In 1894, another federal income tax was enacted, but it was declared unconstitutional by the Supreme Court in 1895[in Pollock v Farmer’s Loan & Trust,] on the ground that it was a direct tax not apportioned among the states by population.

[6] Excise tax rates were increased and new excises2 imposed along with the imposition of an inheritance tax to help finance the Spanish-American War. These excise taxes were mostly repealed by 1902. The low revenue-yielding inheritance tax continued a few years longer.

[7] The Act of 1909 imposed a corporate excise tax of 1% on corporate net income over $5,000. Four years later, theSixteenth Amendment (ratified on February 25, 1913) provided that “Congress shall have the power to lay and collect taxes on incomes, from whatever source derived without apportionment among the several states and without regard to any census or enumeration.”  The Sixteenth Amendment paved the way for the introduction of the modern income tax [Ed. – This assertion is NOT correct], first enacted as part of the [Underwood Simmons] Tariff Act of 1913 and signed into law by President Wilson on October 3, 1913.  This act applied both to corporations and to individuals.  It superseded the 1909 corporate excise tax act and provided for progressive tax rates on the income of individuals) [and for collecting the tax at the source, by federal tax collectors in the form of  Withholding Agentswho collect income tax from foreign, non-resident persons by withholding money as tax from payments made to those subject foreign persons, individuals and corporations, and who is then made liable by statute in code Section 1461 for the payment of the income tax that has been collected from those foreign subject persons, thereby shifting the burden of the tax the sovereign Withholding Agents pay (as an indirect tax), to the foreign persons properly subjected to the provisions of a TARIFF ACT imposing a tariff, which by definition can only be imposed on foreign goods and activity entering the country.]